Here's a photo from Leopold Lake in the Emigrant Wilderness on Saturday afternoon.  This scene reminded us so much of the Rim Fire last year.   This is never something you want to see on a backpacking trip, and it cast a bit of a pall, quite literally, on the rest of our time in the backcountry.

Hope they get this under control soon... 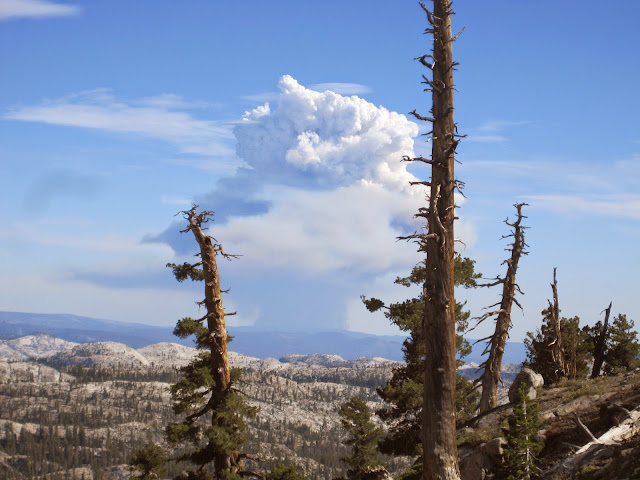 Yep that one is pretty big and has consumed at least one dwelling. Apparently they are making headway containing it.

There's also another rapidly growing fire a bit south in the Sierra National Forest, the French Fire. That one was about 200 acres a couple days ago and is now over 7,000 acres.

And the Sand Fire by Plymouth, CA. We have kept the fires at bay over here on the East Side due to the recent rain storms. I am headed out to Ebbett's Pass in about an hour.