Well, I've gotten six or seven trips behind in my blog and probably won't catch up but there are a couple I'll go ahead and post for posterity.

I've had so much fun playing around with videos recently that I decided to give it a go in this report (even though this trip has already been somewhat represented in the gear review I did for the raft).

It's still slightly embarrassing to see and hear yourself on video (not used to it), but I enjoy my trips and I enjoy sharing them with like minded people as are checking this out on Trailspace.

I'll a start with a short video (changed and adapted from the gear review) and follow with some pictures for fun. 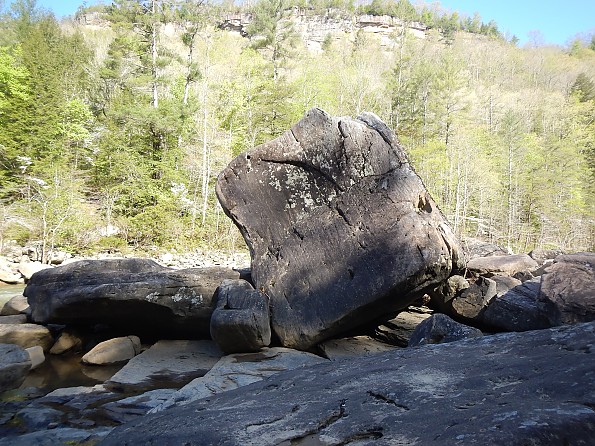 Boulders in the river along the way... 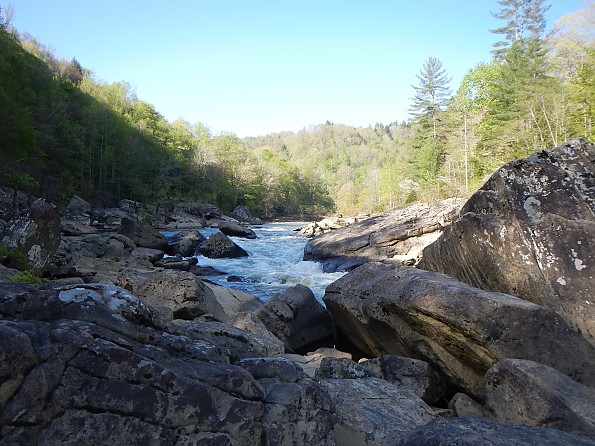 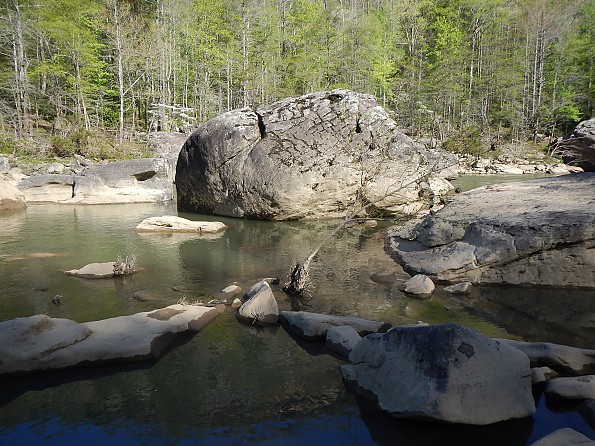 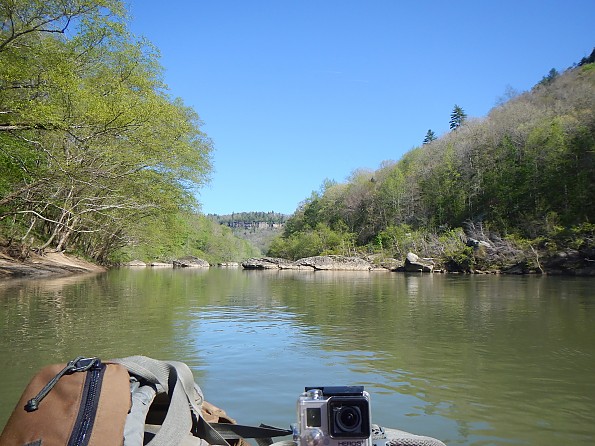 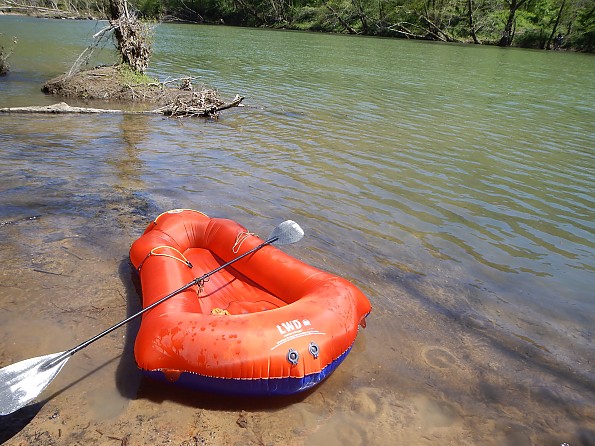 Take out on a horse trail 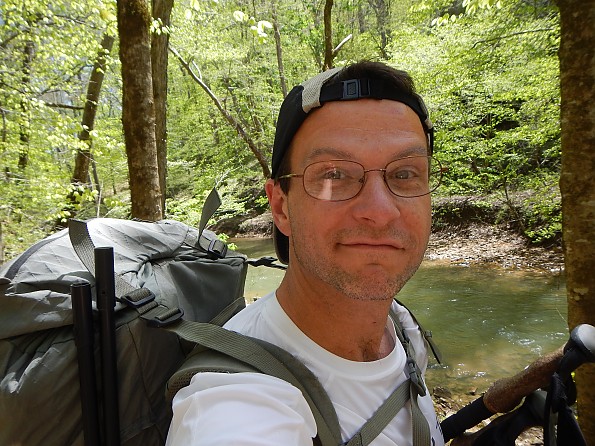 Ready to transition to backpacking after four hours on the river! 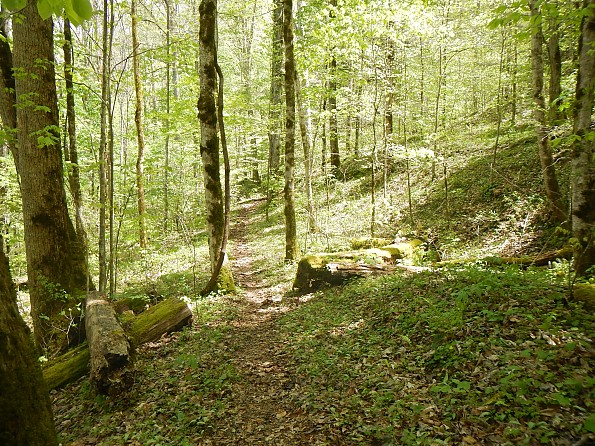 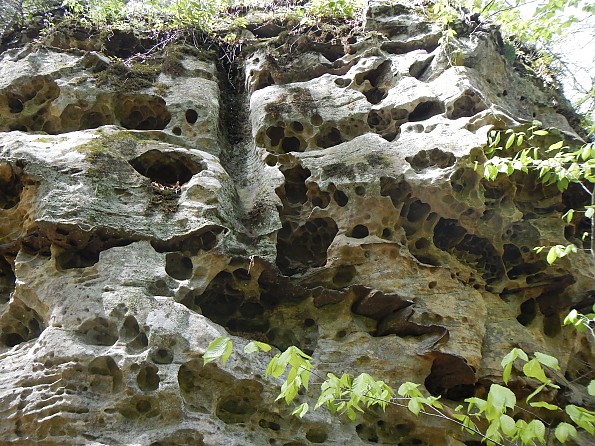 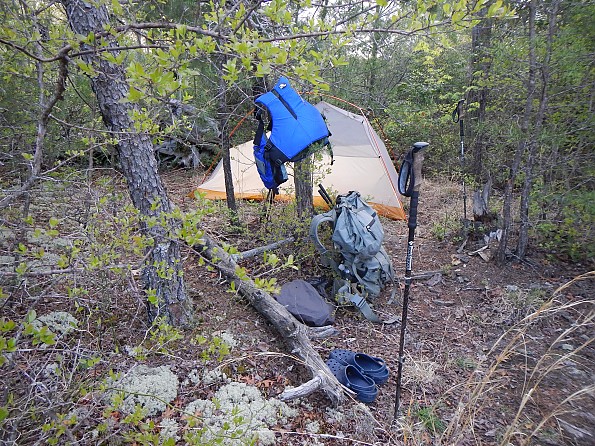 Unusual for me to have a PFD in camp. 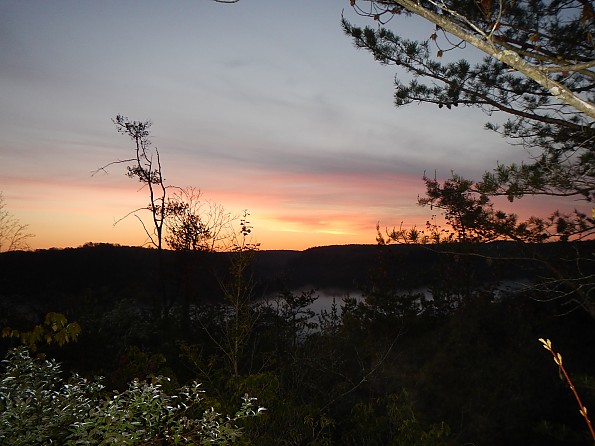 Sunrise in the gorge with the river fog rising from below (as seen from camp). 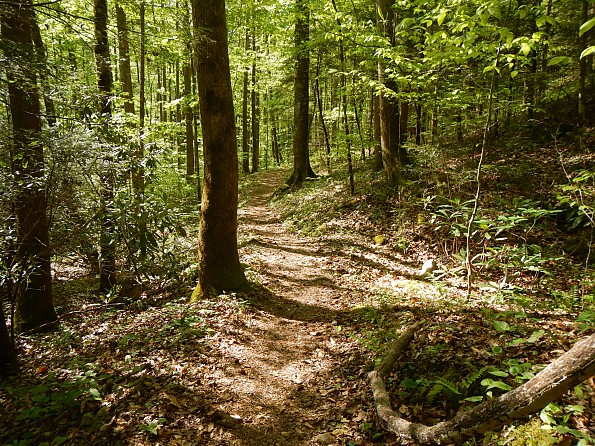 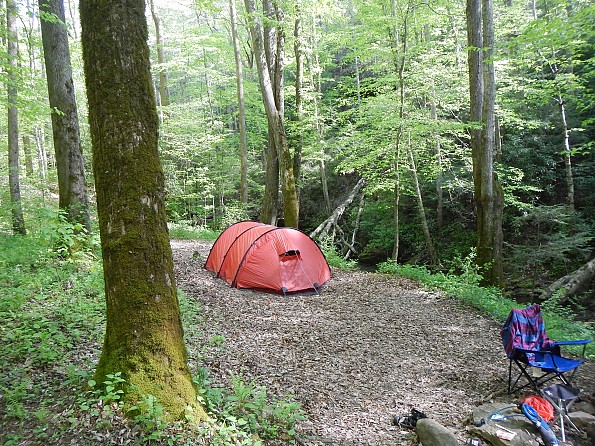 A Hilleberg in Big South Fork? Yep, rare enough to show and a fine picture to end the post with.

Well, if you looked this far I really hope you enjoyed the report!

As always, I encourage everyone to get out there and enjoy the great outdoors!

Nice shots as always, Patrick. Provided it's not wet, suppose you could use the PFD to supplement a torso length sleeping pad? Know there're some [necessary] items that just aren't multipurpose, but was an interesting thought when ya brought it up. So how does that pack raft system break down in your pack?

Hey thanks Eric, I suppose you could you use the PFD that way but it's not as malleable as air mattress so it might be pretty lumpy; the most effective alternative application I found was as a seat cushion at camp.

As far as packing, it varied depending on which activity was first.

When possible, the PDF could be sort of stuffed with it open and lining the sides of the pack. I slid the paddles inside along the sides also but placed the shafts outside in the pocket and compression straps. The raft itself can be dealt with just like an air pad or other semi-flexible roll.

But if I needed the rafting stuff soon in the trip, I would cram it all in at the top of the pack as best I could.

Great trip report! I've backpacked BSF and canoed the river always on separate trips. I like the way you did the combo. Where did you take out?

Hey frogman, I went out at station camp then hiked over to charit creek / jakes place area , then back and up the JMT

it was good thing that some horse riders had come down that trail or I might have missed it...station camp looks quite a bit different from the water huh?

Nice TR as always. I've been wondering where the TR's have been.

Hey thanks Frank. I've been too busy to post my reports but I'm still getting out there about every weekend right now.

Have you hooked up the Southern Highlander crew lately? Last time I camped with John and the guys, I discovered that I went to school with DR Trail Bailer  some 20 years ago in Jefferson City TN. Small world...

Very cool, Patman.  Of course the main question is, what kind of camera did you use and how did you keep it from falling off the raft??

I've often thought about hauling a light packraft and pulling some intricate Fontana/Cheoah/Tallassee treks back and forth---they are called the Finger Lakes because of all the different dams.

Frogman---What the heck have you been doing?

Hey Tipi, thanks very much

I used a GoPro "Jaws" clamp for the camera. It's bit heavy for backpacking but worked well. I clamped it to the trekking pole which was secured with compression straps on the side of the pack. 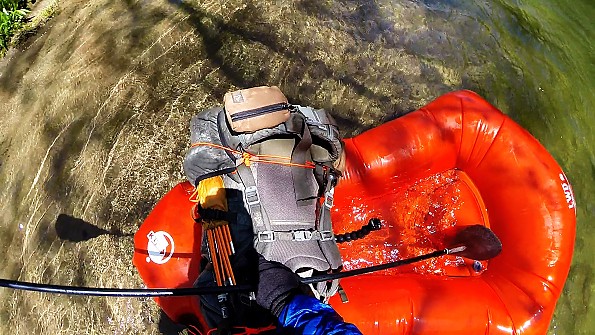 Not very clear, but look at the black thing sticking out off the right side of the pack: it's the mouting gooseneck end of the clamp.

Patrick. Not recently, been backpacking but paths haven't seem to cross. My daughter and I were at cabin flats a few weeks ago and so a couple of them at the smokemont campground.

I take it you have rafted before? The boat looks fairly stable but curious why you packed in in inflated? Is the inflation method hard to do on site?

I didn't pack it in inflated that was just where the video started.  it's an easy inflation usign the stuff sack which doubles as a bellows bag.

Hey Tipi! Can't wait to read your report. I've been on a few trips, but did post a TR.

You always seem to have the most awesome TR's.  The video could probably be used as a commercial to sell pack rafts.  I know I want one now.

I'm heading to BSF with a couple friends in a couple weekends; it will be our first time out there.   Thanks for sharing your experience.

Pat, this is so cool.  What a great way to open up so many possibilities.  As always, I enjoy your reports.  Thanks!