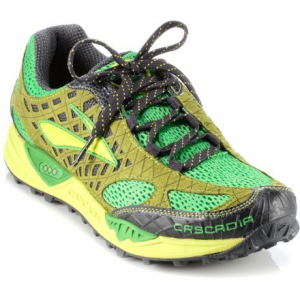 I run trails in Southern California. Typical distances range from three to eight miles. Elevation changes are usually no more than 1000', but are usually much, much less.  Because of my SoCal location, the conditions in which I run are almost always dry, dry, dry. I have a low arch (technically, Morbus Ledderhose), so I favor shoes with minimal to no arch support.  I have attempted to backpack once with these shoes.

I tried a 9 1/2 (my typical size) on in the store, but in that size the toes on my right foot were pressed too close to the front for me to trust that size to a long distance run. So, I bought a 10, and that has worked out fine except it seemed a smidge (and I mean a smidge) too wide in a 10. I end up cinching the laces very tightly.  That said, these were comfortable out of the box for me, with no break-in period. There was no rubbing whatsoever.

The manage good grip in dry conditions, but I haven't been able to observe them in wet. The lugs are fairly low, which is great for the occasional foray onto tarmac, but makes me think that perhaps they are not a star performer in the mud. I haven't had that opportunity, so I really wouldn't know.  However, they have made a better ad hoc soccer shoe than my street runners, which should say something about their traction.

These are a bit on the heavy side, but at a little over 12 oz., they certainly would not be confused for boots. This is probably due to the overall protection, including toe protection which is better than it looks and has saved me from more than a few pebble stubbings. However, I favor much heavier underfoot protection than most, as it gives me a little more confidence and allows me to not focus as much on where I'm stepping.

However, this is definitely a bias I have: iRunFar has written that the Cascadia 8 rock plate makes it the "most protective shoes" that reviewer had ever worn. One might reasonably ask me if I expect steel.  At which I probably wouldn't laugh.

The cushion underfoot is substantial as well; these are not minimalist shoes. This, bizzarely, may make me imagine I'm feeling more rocks underfoot than I am, as each rock impact impresses into the cushioning making me aware of the rock (as opposed to less cushioned shoes, but rock-plated shoes I've run in which make me feel like I am wearing armor).

I also like that they have a wide base which makes for great lateral stability. It feels like I am less likely to twist an ankle.  I haven't  yet, so that must prove me right, right? However, all that underfoot cushion and stability has made me wish I picked my feet up a little bit higher.

The venting is good, but the holes might be too large; occasionally I've had an aggregation of sand to dump.

I am, um...not the most fashionable guy.  In high school, sure, but as I've gotten older, I've actually learned to prefer the muted tones and non-divergent shapes which are the staple of the typical male shopping outing.  I have the bright green version of the Cascadia (they were on sale). Holy geez. At least the SAR Bird will be able to find me easily.

The one time I attempted backpacking with these, it was because my usual boots were about 400 miles away, comfortably at home (the wimps). After about 4 miles of wearing the Cascadias while carrying a summer overnight load for my 6-year-old son and I, the impact from rocks were way too noticeable, the lateral slippage was serious and would have probably led to blisters on a longer trip (could be related to the sizing issue I mentioned before?).  Worse, by the time the short trip was over the midsoles were seriously less supportive.  I think the extra weight might have squished 'em.  Or maybe it was just their time.

I feel stable and protected without feeling like I'm wearing a tank. They are very comfortable and vent well and have provided me with the traction I've needed. Nothing that I've noted as negative has been a barrier to enjoying my runs. And I do enjoy running with these shoes.

These shoes hurt so bad they didn't even make it to a trail. I wore them to work for a day and I was in pain for two days. Don't get me wrong I LOVE Brooks. These just did not work.

I bought these shoes because a friend of mine was raving about them. I wore them once and I had to return them. They seemed to fit my high arch okay, but my heel didn't feel supported. After just a day I had lower back pain and my knees ached really bad.

I retured them for the Brooks Pure Connect, which fit like a glove. I will write a review for them. 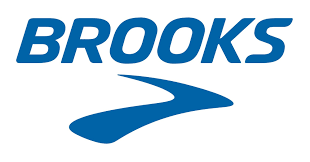