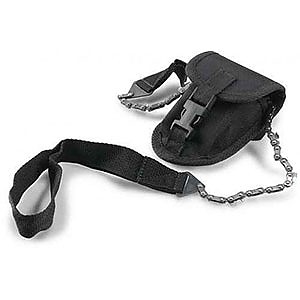 This saw was purchased primarily for testing purposes without much expectation for good results.  When I opened the package and discovered the size of the saw in its case I definitely wasn't expecting much. The case dimensions are roughly 5"h x 3.5"w x 1.5d and it comes with a wide loop on the back for wearing on a belt or lashing to the outside of a pack. 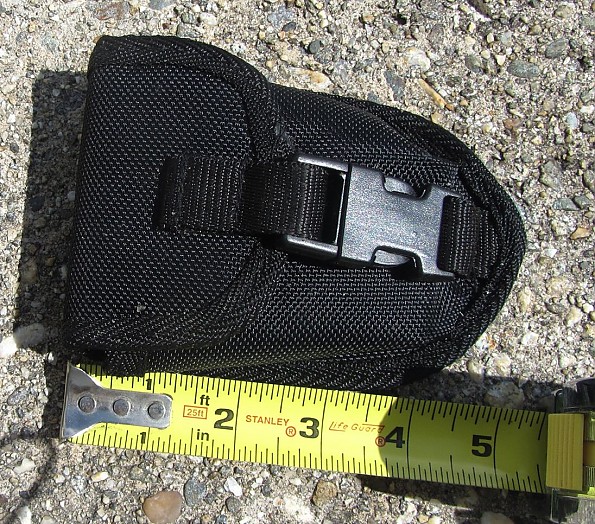 On removing the saw from the case I got my first surprise.  The resemblance to an actual chainsaw made me wonder if maybe this thing really could cut wood. The cutting teeth are about 2 inches apart and relatively small as chainsaw teeth go. 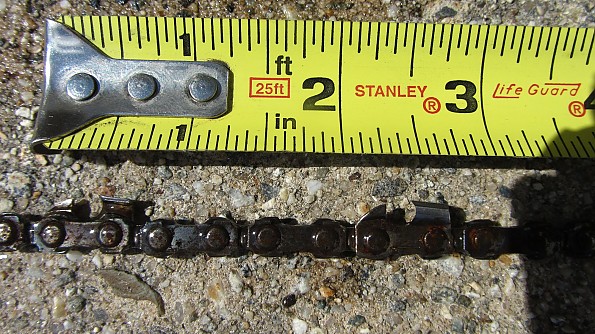 The next thing I noticed was the large handle straps. 11 inches long when laid flat and constructed of a sturdy but comfortable 1 inch wide flexible strap. 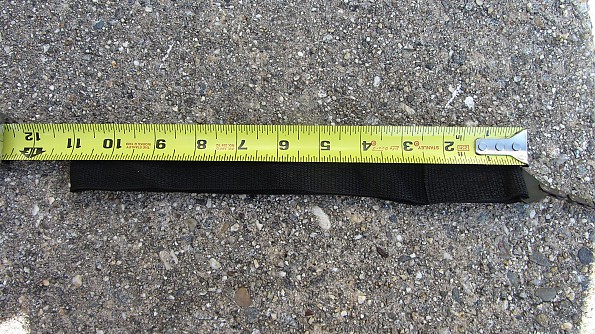 I have oversized hands but they slip in and out of the handles easily and even with gloves there was plenty of room. 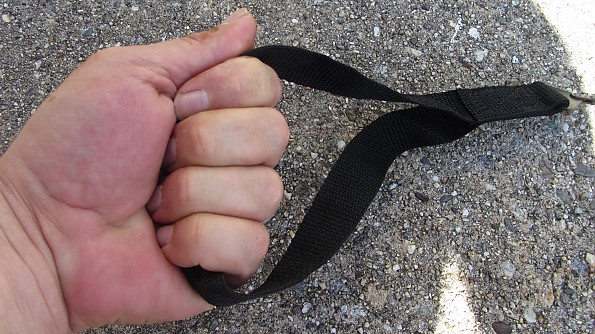 Before taking the saw on a trip I did some testing at home. I had some trees that needed cutting back so I started with some small branches and then worked my way up to bigger limbs. I was immediately struck by how quickly the saw cut and how little effort I was putting into it. Working overhead and on top of a ladder would usually result in a lot more cussing but even thicker limbs came down in a couple minutes.

Since then the saw has come along on all of my trips. It packs small and its 8 oz total weight, 2.3 of which is the case weight, is not bad for the work it does. I've used it to clear blowdowns on the trail and to cut up some larger firewood than I'd normally gather by stomping it with my foot. I don't often build a fire during the Summer, but for early and  late season trips when you want something more than a twig fire this is a good tool for gathering longer burning wood.

One issue I had was rust. The saw rides in an outside pocket of my pack for easy access on trail and on rainy days has soaked up some moisture. Not realizing this the saw was left inside its case and when next removed had begun to rust. I treated it to an oil bath and was able to get all of the links moving again. Now I make sure to oil the chain regularly and have not had any more problems but it is something to keep an eye on.

All in all I can definitely recommend this saw for anyone thinking of taking one on the trail. I have seen all sorts of folding saws and have used a few but this seems to beat them in terms of packability and usability. This saw is also easily used by two people at once if you need to cut a lot of trees or very thick ones as is often the case when doing trail work.