New Years Eve in the Backcountry?

Is anyone spending New Year's Eve in the backcountry?

Last year, I started trekking to a backcountry hut to ring in the new year and have decided to make a tradition out of it.  It feels wonderful to see the first sun of the new year through the trees! I've heard of a few gatherings of like-minded adventurers too, one on Springer Mountain in GA, and a few others.

Seth arent you in maine? What hut are you going to? Im planning something similar with two buddies. We are talking about somewhere in the whites or the prezs. Maybe we can meet up.

I just got done packing for a three day trip into a really neat wetland / wildlife sanctuary wilderness area.

We wil be ringing in the new year in the woods, I did this last year and had a great time!

I have spent New Year's  in the backcountry of Big Bend NP and near Tioga Pass at 10,000 feet.  Both were memorable.  This year I will be home in bed watching old movies and avoiding "amateur night."

have spent new years eve at mount laguna freezing my ass off...now I'll spend it with my husband in front of the tv with the heat on!

Not this year. Recent New Years have been spent in the Antarctic (twice), on the upper slopes of Kilimanjaro (no, wait! that was Christmas, when my required guide, cook, and porters and I all were hiking down from high camp, singing Christmas carols, Rudolph the Red-nose Reindeer and other such classics), at a high camp on Ixta and at a high camp on Orizaba (different years), plus a few at random snow sites in the Sierra backcountry. Here is New Year's in Antarctica, back at Patriot Hills. 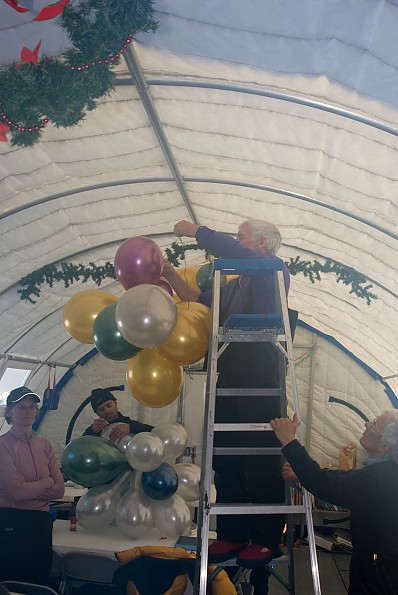 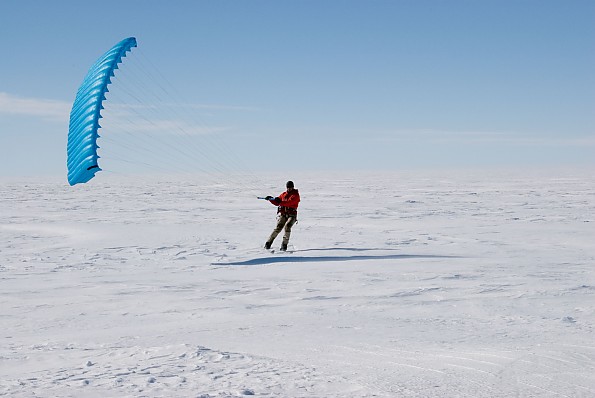 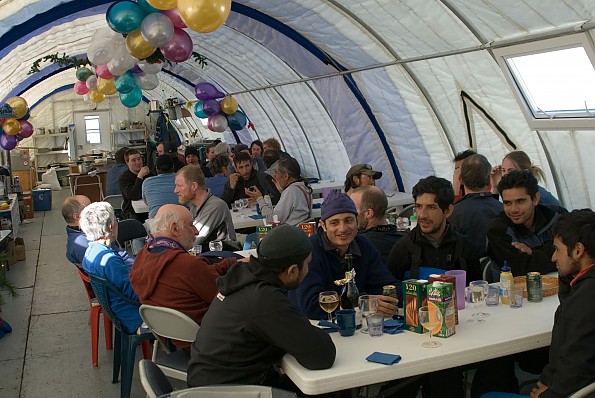 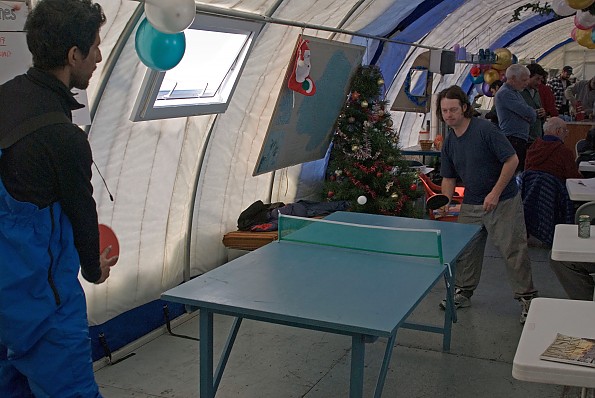 Originally, we were to be home by Christmas. But our plane was delayed by weather. (that's a DC6 that landed a bit short of the runway about 10 years earlier). 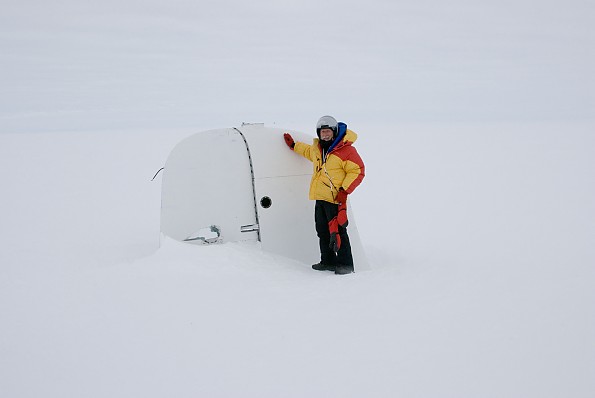 Bill is there any place you havent been? Is all this part of your work or recreation?

Bill is there any place you havent been? Is all this part of your work or recreation?

Lots of places. Never been to Asia, though we are planning to go to Japan to hike Fuji and climb in the Japanese Alps, then to the Gobi. Never been to New Zealand, though my spouse and son went there while I was in Antarctica. Never been to the Egyptian pyramids or Mecca. Never been to Irian Jaya. Never been to North Dakota or Newfoundland, or Baffin Island, or Spitzbergen, nor about 900 of the places in "1000 Places To See Before You Die" (not really interested in most of those anyway!)

Work? What's that? I am long retired! But there are inexpensive ways to get to interesting places, and with air travel, it does not require a lot of time to get to them. It helps to have like-minded family and friends. But unless our "wise" politicians get their act together and quit playing petty games, the opportunities may disappear.

Haha! The list of places you have been seems like it is longer than the list of places you have not been. At least places you want to visit. You always give great advice, without the personal opinions and attitude that some people use instead of information. Opinions are fine but the actual facts are what im looking for. By the way, the height of the wind walls worked best, shaped a little and the height of first and tallest tent in the line. Thanks for the help.

While I have been to, and climbed on, 6 of the 7 continents, the remaining continent (Asia) is by far the largest. Even places I have been for climbing have, in some cases, dozens, or even hundreds, of really interesting routes and peaks that I have, at most, just glanced at.

It's kind of like science (my profession) - every question answered generates hundreds of new questions. Every new area explored is full of dozens of unclimbed routes. Every time I return to an area involving snow and/or ice routes, the area, and even the routes I have done there, are changed and different. Slopes change, the condition and extent of the snow and ice change, crevasses on glaciers open, close, change shape, are covered with substantial or insubstantial snow bridges, appear in new locations - constantly changing.

Even if I were to live as long as the longest recorded human ever lived, if I were to stay as healthy and fit as I am now, if I were to tick off one item on my bucket list each day, I do not have enough days left to complete the list.

Not any more.  home by the fire and the champagne.

I spent a couple of new year's eve nights in the Presidentials in New Hampshire, at Hermit Lake below Tuckerman's Ravine.  Invariably fun, though i think we celebrated the new year several hours early, then conked out.

the shelter sounds like a good idea.  the only times i can recall staying up until midnight in a mountaineering tent, it wasn't by choice; i was leaning on the tent poles because i was afraid the wind would bust them, then shred the tent...which is not how i want to spend the holiday!

I wish....not going to work out this year for me. (New job requires me to be home studying for a certification.)

but I would not choose to stay at any AT shelters near me....norovirus....ughhh

not yet. hopefully in 2014! Happy New Year's everyone! 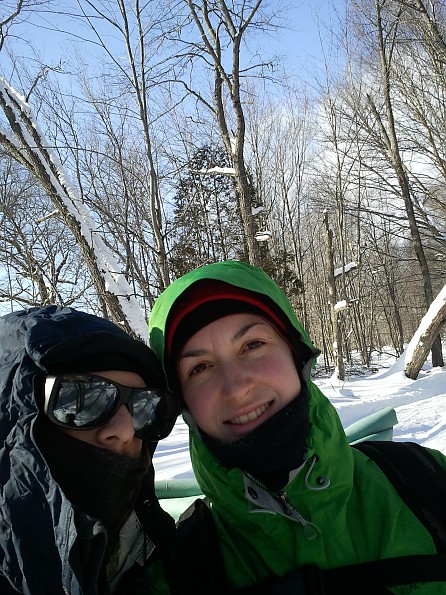 What a great NYE!  I trekked about 8 miles into a remote, full-service hut run by Maine Huts and Trails. A great trip, wonderful food, but weather was a bit intense.  Ambient temperature was about 12 F, and wind chill values were well below zero.  As it turned out, we had to maintain a stiff pace and eat a lot more than we anticipated in order to stay warm.  Exposed skin became numb in about 1 minute!

Barbara and I went for a hike New Years Day, up the Rhus Ridge Trail to the summit of Black Mountain. This is in the Santa Cruz Mountains, right on the San Andreas Fault Line (last big slip in 1989). Cold day, by NorCal standards, with frost on the ground (35°F high for the day, with 30° wind chill). It is 10 miles round trip car to car, 2640 ft elevation gain and loss (10% average gradient, up to 20% in places). Some runners out on the trail in T-shirts and shorts. Among other wildlife, we saw kestrels, deer, and lots of coyote sign. On our way down, we met Janet and Richard, old hiking and climbing friends, on their way up. They were in a bit of a hurry, wanting to get back down in time to see the Rose Bowl game (Stanford U, one of our local schools, was playing, and won, to the delight of many SFBay Area fans).

Fairly clear (couldn't see the Sierra 200 miles away, as we sometimes can on days like this), but perfect for hiking. 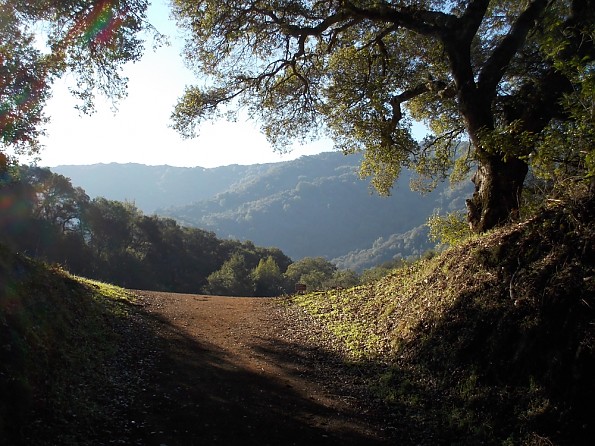 Lime Rock Cascade, a limestone outcropping that flows during the rainy season. 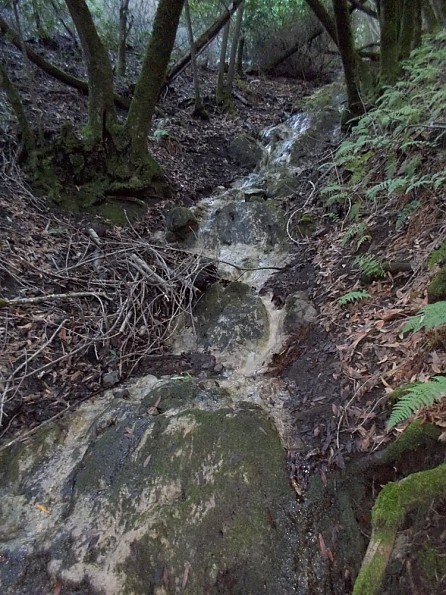 Barb heads downhill, with views of the SFBay 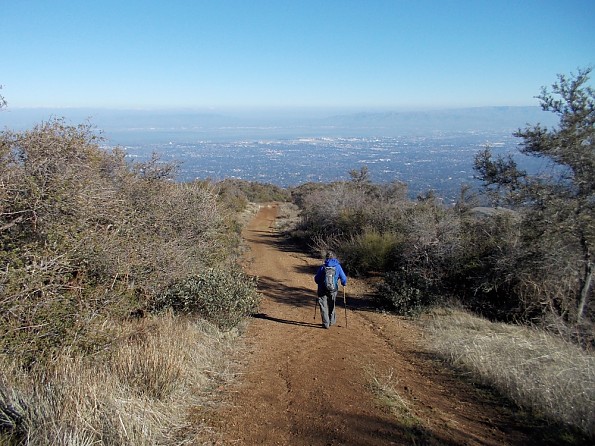 This may be close to "civilization", but the hills are filled with wildlife - deer, rabbits, dozens of species of birds, puma, bobcat, the occasional black bear, several dozen species of reptile and amphibians. People have vanished out here or just plain gotten thoroughly lost. The trail goes through 2 Open Space Reserves - Rancho San Antonio and Montebello, with a primitive campground in Montebello almost on top of Black Mountain.

Our CA group with an invite by mtnsteve would spend a day or two in Lassen Volcanic NP for his annual Winterfest, using his large tepee with a woodstove, staying up late talking and celebrating.  The best of times. He has old injury issues now, he used to mt climb and do rescues, train new SAR recruits on a survival night in the woods.  We've also gone out to Dewey Point in Yosemite, staying up there and doing some snowshoe exploration.  The trips to Yosemite are what I call out mtnsteve-less Winterfest trips.

I would love to do this for New Years, just gotta convince my fiance its a good idea! haha