What do mean, Remedy for what?

What do mean, Remedy for what?

For whatever ails you.

I don't think I could single one out as being the best, I carry several.

We refill little mini bottles with all sorts of fun things.  We've taken everything from Single Malt to Chartreuse, Anisette to Pear William.  Favorite?  Depends on the mood and the setting!

After my freshman year of college my aunt and uncle who were section hiking the Long Trail invited me to do mt Mansfield with them.  It was a stinking hot day and we followed some old blazes and wound up walking through stinging nettles and raspberry bushes for most of the day.  At camp my uncle broke out a bottle of southern comfort and mixed it with some water for me.  All the aches and scratches just melted away.

Now days I hike with the kids and don't drink with them as I would be drinking alone.  Watching daddy get his drunk on isn't the same as sharing a drink with friends.

Waaaaayy  back in college we used to get a 'Concentrated Wine Flavored Aperitif" that when added to the 'backpackers friend' (Everclear) and cut with branch water came out tasting alcoholic, but not very close to a good cab.

Now its just a good cognac - just a dab'l do ya.

However I have been known to pack 3 bottles of a nice robust red 20 miles over a 13,000' pass to a 'natural' hot springs in the Rockies.  Nothing like a good hot soak, great company,  a desperate hike away from any population center and a good bottle of wine to pass around.

This is the best part of Canoe camping, a couple of six packs of good craft brew is no problem.

I've been known to carry a few on trail also but just need to settle for a little less indulgence. Unless someone new is coming along, then I sneak two or three extra bottles, yes bottles, in their pack and later at camp when they dig into their pack and say, "what the ...." I look puzzled at them and say "hey! how'd they get in your pack?" The trick is reaching out and claiming them at least half way through the sentence while they are still confused.

Wine? Too heavy, and too much impact on the experience.

I'd rather enjoy every moment and every sensation on the trail than spend the evenings drifting off in an alcoholic  fog.

I'm somewhere between peter and Jersey. My tolerance has gone way down.  At home, I can drink a few beers and not make a fool out of myself, but in the Backcountry, I can't have nearly as much.  The taste and feeling of a nice bourbon is enough though, so I'll pack a few airline bottles and sip judiciously.

My habit is to roast my own coffee beans right before I go on a trip... Coffee!!! 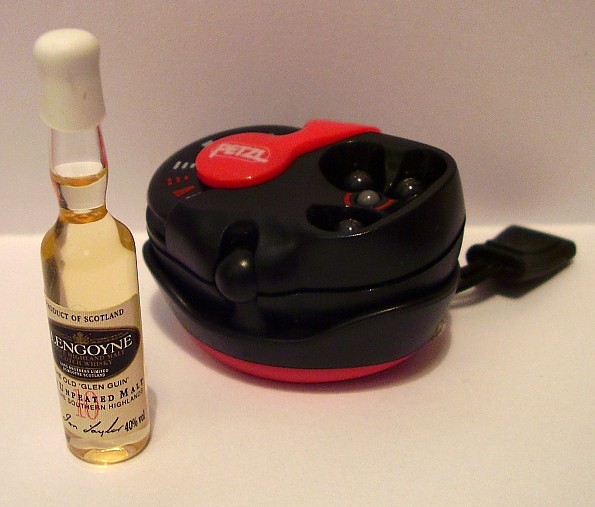 I would have to concur with Peter, mostly because I don't drink alcohol. But, I enjoy a good cup of coffee made by simply throwing some grounds into a mug and adding hot water. In the winter, though, I prefer tea in bags. After steeping I use the hot tea bag to wash my face.

I like variety.  For a week long canoe trip this month, a box of Malbec, herb tea, hot chocolate, good coffee and some Kentucky bourbon.  Also will have a cooler with some cold beer and an opportunity for more ice after 3-4 days.

I always bring an 8oz flask of Jameson. I never get lit or anything. I normally split it with which ever one of my buddy's tags along. If I'm alone, I'll have a few sips for the next night. It's my asprin while on the trail. I blew out my knees when I was younger by dirt bike stupidity. So, after a long stroll on the dirt... it helps out some. Plus, I love to just chill by the fire with the taste of Irish Whiskey, the sounds of the bush at night, and the crackeling of the fire. It's my own lil' slice of heaven.

I don't drink coffee (I know, strange for a truck driver right) and I have never found a wine that I actually enjoyed. And I've tried about all of them, my wife is Italian. And I'm sure you know how it goes... the Ginny's have their wine, while the Mick's have their whiskey.

You'll feel great in the morning after a hard previous day on the trail. Ibuprofen for the inflammation, Alleve for the pain. You can also use just one of each.

I like CYTOMAX electrolyte drink during the day to prevent lactic acid buildup. Used properly CYTOMAX will greatly lessen the need for "I-BELEVE" at night.

But a good liquore like Grand Marnier, Kahlua, De Sarrono, etc. is nice to sip around the campfire or in your sleeping bag on a stormy night. Great nightcap! (Bring a little "shot glass" of plastic like found on a Nyquil bottle. It's so much more civilized, my dear chap,  than swigging from a plastic flask.)

Stainless Steel man. Never plastic. Being an Irish American & a Southerner, I don't have much room for 'civilized' when it come to the creature. I like to taste liquor, not liquore. When I'm in the mood for syrup... I go to IHOP.

Most of my trips are solo and in quite remote areas, so that's a big NOPE on the alcohol. Impairment would be a very very bad idea.

I used to carry a little Crown Royal in cold weather, so warming and tasty in a cup of hot chocolate on a long dark night. But I'm a lightweight, even one shot made me a bit fumbly-clumsy, so I gave that up. Not worth the risk, and not a pleasant feeling anyway, under the circumstances.

However, I'm told there are certain...herbal remedies, which, when inhaled, produce a relaxed and contemplative state of mind, but with zero physical impairment. So no danger of kicking the stove across the campsite or faceplanting when you go pee. And the stars look totally awesome, like, way cool, man.

I think I go through more tea bags than Colin Fletcher did! 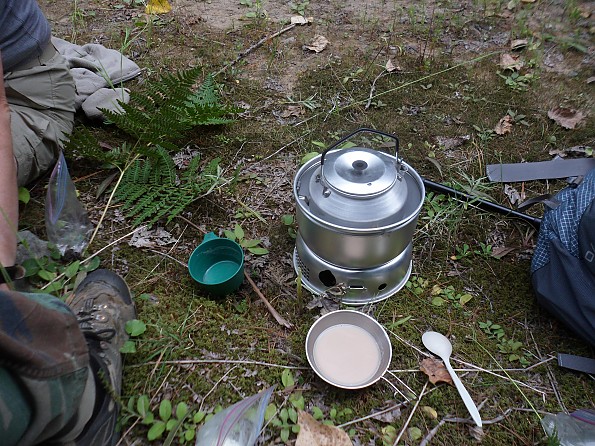 I agree with Peter. I can get that fog any 'ol day of the week should I choose to. On the mountain, I want to take in the pain, the fatigue, the challenge. It makes it worth more to me. It's part of the experience. It's almost spiritual. And it certainly makes me appreciate the comforts of everyday living that much more.

I don't even drink coffee on the trail. Only during the drive to, since most drives are before the sun is up.

I take it that you, then, have never partaken of the joys of Jagermeister either. More's the pity.

Do not think, however, that Yours Truly eschews the pleasures of Dr. Daniels or Dr. Beam. I thoroughly enjoy them with a bit of clear Rocky Mountain or Sierra Nevada "crick water". Even with, on the odd evening, some early tops or sensimilla. Ah, "There's no abuse like self abuse.", to quote the movie MASH.

I hear you there man... I've had my time with Jager some years back. But, like alot of other things we tend to over due in what we think is our "prime", a few years later and we kinda avoid what we have abused early on. I actualy used to always pop a shot i dubbed 'I'm good now'... Jager, Absolute, and Goldslager. But, that was then. Now, instead of the "hell yeah, let's party" train of thought, I lean more on the end of enjoying the good stuff. Jameson is one of those for me. It's one of the only whiskey's I cant stomach though. Never been able to get into the American burbons. And trust me, being from the south I get alot of static over that. As far as the green goes... my occasional dance with Ms. Mary Jane is few and far between. But, I got no beef with those that dance more often.

Yes, "ditchweed" is the lightest of highs, not counting LSD tabs.

The devil's parsley! Giggle of the day, thank you pathloser. Too funny.

I like tea or instant cider in the evening, with a more stout libation to follow. That tends to vary, but always with a respectable ABV.

In the morning coffee my preferred liquid.

For a bit of warmth mid-hike, a nice cup of tea over an alchy stove is the ticket.

I like everything, but have never abused anything.  Jagermeister, sure.  I spent a few days at a hunting lodge near Imst, Austria with some true to life Jagermeisters (hunting guides).  They are a great group and have much in common with the ones here.

Moderation in all things, including moderation.  Listening to the Spartan style of spending time in the outdoors, makes me feel like a Hedonist or at least a New Luddite.

"Moderation in all things, including moderation."  I like that. The last phrase reminds me of the old saying of an alcoholic falling off the wagon as he orders a drink. "At last I have conquored my will power!"

Wish I could hobnob with some Austrian jagermiesters. Those good ol' boys could probably walk the legs off a chamois while carrying a pack and a Steyr rifle.

coffee and tea. no weed or booze. dulls the experience.

for me, it depends on the trip. Sometimes I enjoy some good booze if I'm with friends, other times I prefer to enjoy everything with a sober mind.