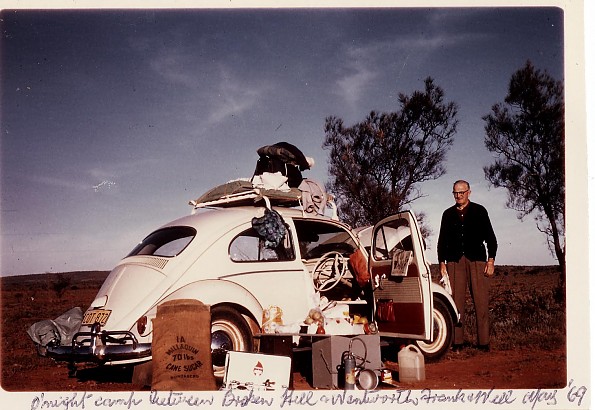 I think the term 'backpacking' had to be made, because people sleeping outside started calling it 'camping'...

Guy's obviously an ultralighter. Got it all in a Beetle.

When people hear me say I sleep outdoors they ask what do I sleep in. When I say a tent and sleeping bag, they're like "Oh. I wonder when I see you transients on the road!"  Most think I stay in motels every night.

Respect to the Bug. But Ill stick to the old school Bronco.

the video is a little too long.

or a lot too long

You can tell it's a long video 'cause of the way it is.*

12 years, 75 hours of Super 8, I don't think anyone could have done better than that in terms of editing, and such wonderful music. I guess people thought slower in the past - they certainly lived slower.

*At the bottom: your time/total time.

The video is great, not too long for what it is. I just cant seem to watch it all without life getting in the way. Ive watched the begining several times, gotten to the middle a couple of times, but cant get to the end. Im always on ts when I have a couple of mins, I gotta make time to see the whole thing.