I saw many instances of this plant in the Yosemite region of the Sierra, at between about 6,000 and 7,000 ft or so.  I think because of the altitude, and because of the thorns, I can rule out Poison Oak.  For some reason while out there that's what I thought it was.

Any thoughts on this so I can cancel that order for a 50 gallon drum of Tecnu? :)

These plants were all over the place and unavoidable at times. 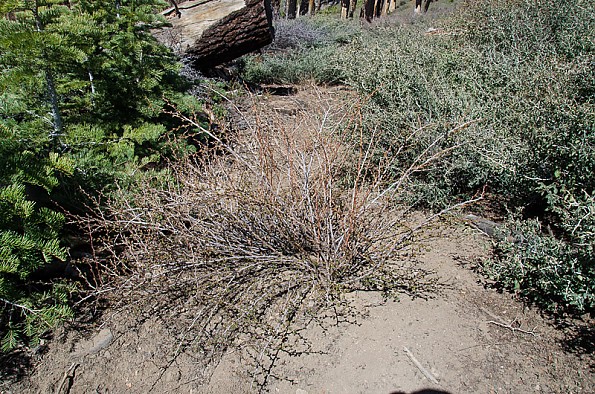 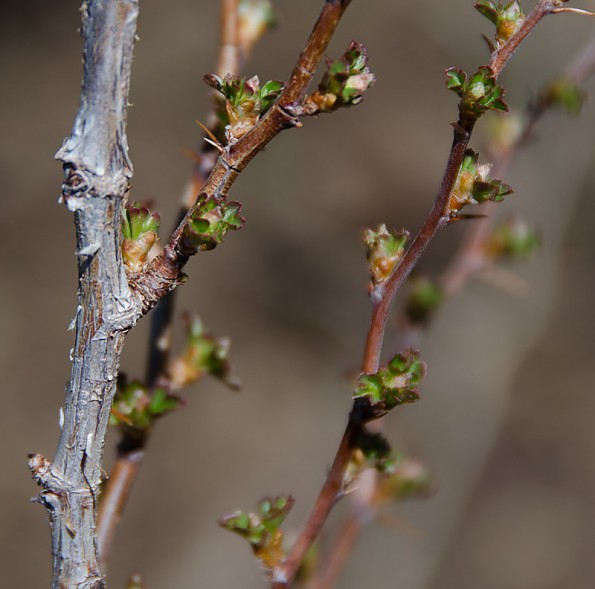 How about this one?  I think it is a version of the previous one, further along in the bloom. 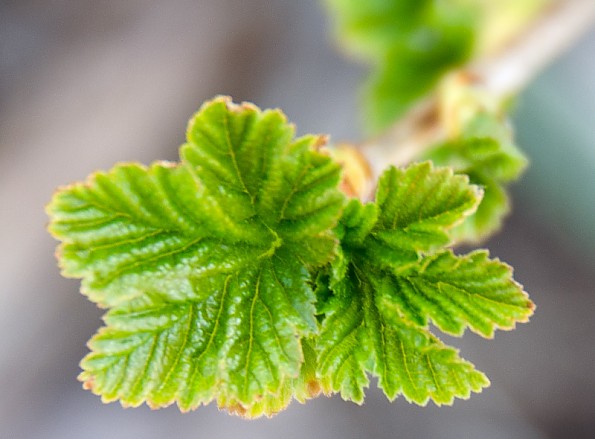 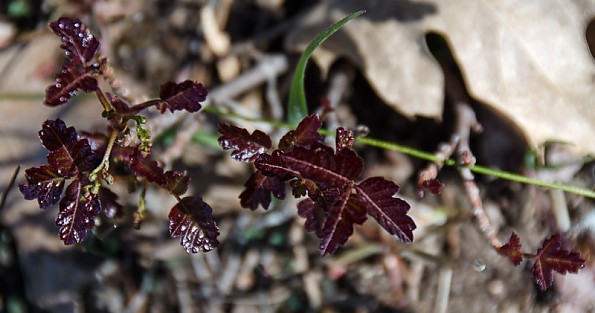 And this one looks similar to the first series, but it has flowers. 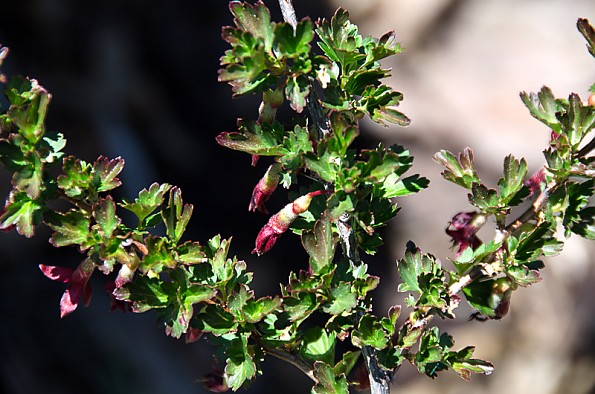 Your PO identification of the 4th one is correct. The dark green shiney/oily appearance of the leaves, groupings of 3 leaves, and leaf shape similar to an oak are the give-away. This stage of growth promotes the reaction very well.

Late in the season, the leaves will turn a bright red, then fall off, leaving bare stalks. Note well the grey-green color of the stalks (out of focus in the background). That will allow you to identify the thickets of "dormant" PO in the off-season. Trust me - brushing against the bare stalks will promote just as much of a reaction as the leaves.

About 10-15% of people do not react to poison oak, poison ivy, and poison sumac. However that is no guarantee they will not develop a reaction later in life - I know this from experience. In my younger days, I could do trail work in PO thickets, carrying the trimmed detritus while wearing Tshirt and shorts. One weekend, when I was in my 50's, we had a project in Castle Rock State Park. We had driven in on a drizzly day, so my vehicle had a lot of mud on it. I spent the next day hosing and scrubbing the underside of the vehicle. About a week later, I developed this weird rash over my entire body, enough so I went to the doctor. He took one look and said, "Poison Oak!".  To my response of "But I don't react to poison oak!", he said "You do now!", and proceeded to give me a large injection of some steroidal drug that calmed it slightly. Ever since, I have been very sensitive, sometimes getting the rash even though I was being sure I didn't touch any PO plants. I have, however, gradually learned ways to reduce the rash and prevent the "weeping" from the rash when I have been unable to completely avoid exposure during orienteering competitions or geocaching treks. And, no, eating the leaves early in the season is NOT effective, despite the urban legends.

Yes, the plant with the reddish leaves looks like poison oak. The others look like currant, as ppine has said. The thorns are a good indicator. They do look similar to poison oak, either red flowering or black currant. That one green leaf, could also be salmon berry. Are there pink flowers? As well, what type of climate? Currant is more widespread, while salmon berry prefers moist soils.

Thanks for the feedback!  It's a relief to know it isn't what I thought it was.  I envisioned having to go to great lengths to remove PO oils from every piece of gear I had with me on the trip.  And I guess I wasted my time trying to clean myself up as thoroughly as I could while out on the trail.  And once I noticed the plants I went to great lengths to avoid brushing against them (though in some cases they couldn't be avoided).  "Better safe than sorry" :).

I have a pretty good idea what PO looks like normally, but was unsure while those plants were just leafing out like that ...