Lets not bring Las Vegas to the Grand Canyon

I saw in the newspaper here in Jackson Hole Wyoming that the Navajo Indians are proposing a $120 million dollar reort to be built on the rim above the confluence of the Colorado and Little Colorado Rivers in the eastern edge of the the national park?See: http://grandcanyonescalade.com/Also this is the article that was in the local paper I read this morning; http://www.hcn.org/wotr/lets-not-bring-las-vegas-to-grand-canyonHow odd is this? I mean the Skywalk on the Hualipai reservation wasn't bad being its a ways from the main area of the park, but to se a hotel on the rim of the East Rim out northeast of Desert View. I have been out there to Cape Solitude and its a nice view and wild spot to be, but to put (according to the article) "a tramway,to haul tourists down to the river and a restaurant,with a elevated river-walk,seating area directly overlooking the Little Colorado." 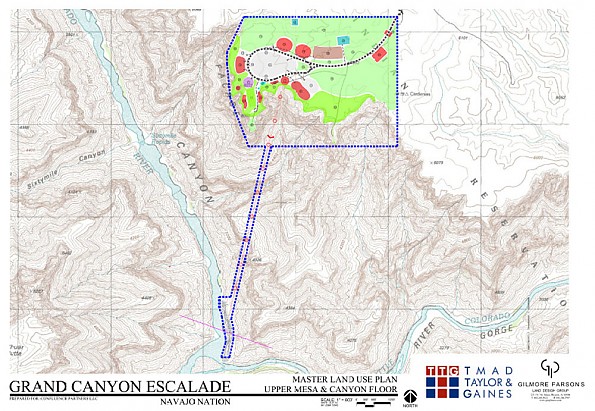 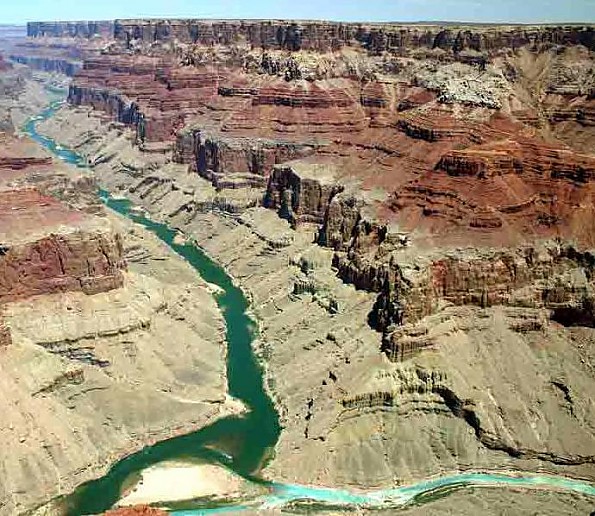 This is the view up river of Marble Canyon. The green looking water is the Colorado River and the light blue on coming in from lower right is the Little Colorado.

The proposed $120 million dollar resort would be sitting on the Marble Canyon rim about halfway across the top of the picture above. The tramway would cut straight down to the Little Colorado River basically straight down the center of the above view.

This aerial view shows where the site could be. 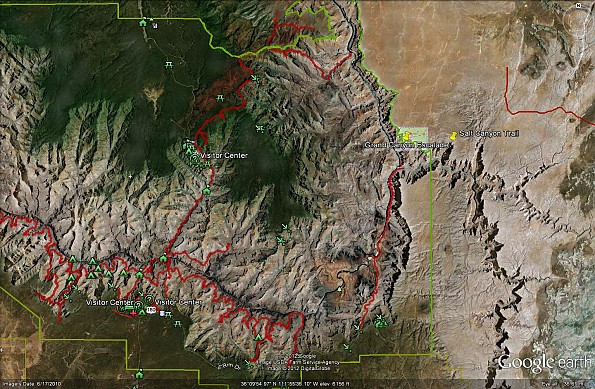 For those of you not familiar with the Grand Canyon, the lower section of the above image shows the main Grand Canyon village and south rim along the lower left to lower middle of this image. The Little Colorado is the long gash canyon coming in from the lower right running north then entering the GC right of center. The point just south of the building project on the opposite side of the Little Colorado and Colorado Confluence is called Cape Solitude from where the second image above was taken looking up river through Marble Canyon.

Not just no but heck no!

My big beef is the tramway to the bottom. ARGH!

I've never been down in that part of the canyon but it is a beautiful, hard to get to spot, which in my book makes it a special place. I'd truly hate to see it ruined thus.

Yes, its a long 3 hour+ day hike to get to Cape Solitude on the southwest  area above the LC

Maybe we need to put more Native Americans in charge, they seem to know how to make money, turning sows ears into silk purses.  Look at all the casinos in Kalifornia.  One of my neighbors belongs to a tribe down south, she still works, but gets a nice portion of casino money.  Daughter has a college education and is on her way to being successful.

Thing is, it is Indian land then Indians decide that. I always get a chuckle (not directed at you Gary) at my friends (or frenemies) who continue to tell me we robbed the Native Americans of their land and then when the Native Americans actually want to USE the land they HAVE got in the way THEY want, they decry their use of it.....duplicity alive and well....just sayin....

The NPS will never go for it.

The NPS will never go for it.

Do they have a say on sovereign Indian land? I don't think they do.

Well, being the area they want to build is on the rim is okay, but a tram to the bottom at the mouth of the Little Colorado seems a bit much. It is a very quiet reserved place now, but a tram would make it over crowded. Its a 5-7 hour hike now to get to the mouth of the LC, a lot like the hike to Havasupai Falls on the other end of the canyon.

just what we need- more overdevelopement.

That end of the Grand Canyon will look like a Lords of the Rings castle site, and the tram down to the river will make the area over crowded when it gets busy in summer.

Topic: Lets not bring Las Vegas to the Grand Canyon