Overheard this news on the AM radio while driving home today.

In the middle of a 4:00AM thunderstorm, a 60' tree that looked green and healthy contacted a couple other trees and sent a 9" diameter limb crashing down onto the tent of a family camping on Site #435 at the Ice Age Campground at Devil's Lake State Park, in Baraboo, Wisconsin.

A father and his 13-year-old son were injured, but his 10-year-old daughter didn't make it. 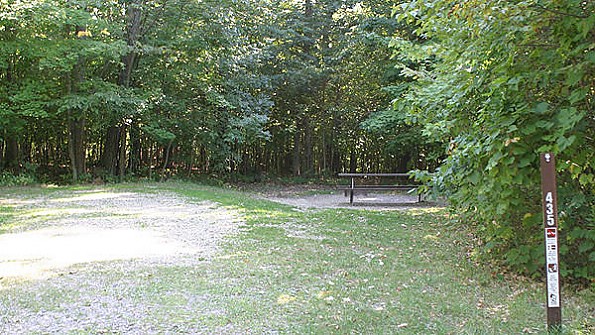 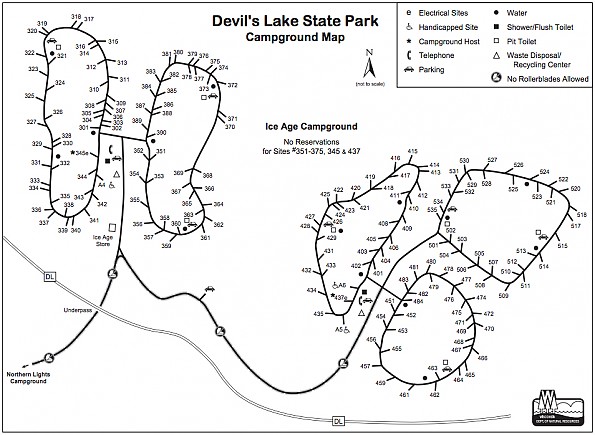 My girlfriend and I stayed at this same campground when we visited in May of 2013.  We made camp at Site #521 on the other side of the campground: 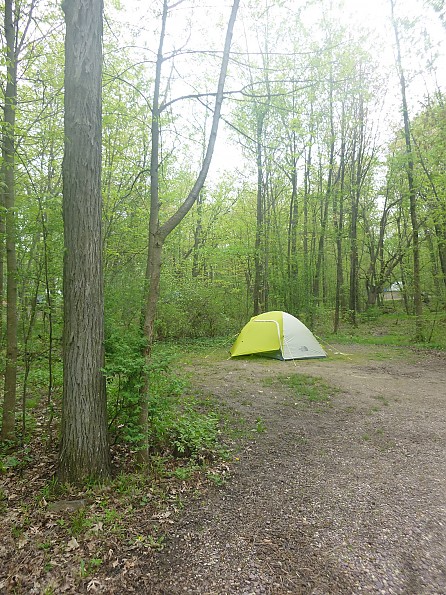 Unlike my recent experience with widowmakers (during which I saw two enormous trees succumb to high winds), this park appeared to have had nothing but healthy and live trees within it. I'm a little shaken by it, and definitely saddened by the news.

My experience with widowmakers was along a backpacking trail with primitive sites - there was some "wilderness" element to be expected, and hanging a hammock at the time, I'd no choice but to spot those trees.

However, I've no doubt most folks find a false sense of security when they make their reservations for a tent campground at an enormously popular state park. There's not a great deal of information beyond the simple facts of the tragedy available right now, but it certainly does raise some questions and beg for awareness on the subject matter.

More than anything, my heart goes out to this family, the park staff, and anyone else who may have been affected by it.

This really is sad. I am thinking many car campers don't even think about the trees around their camp site.

When car camping I try to avoid pitching under trees - I don't like dripping sap.  When backpacking I avoid being under larger trees, both for lighting safety as well as sap.  Not always possible if in the forest.  Still one should always look up before bedding down.  I normally sleep under the stars so site selection is pretty simple.

Ten days ago, at our own RV campgrounds here at Lake Williamson, an oak limb fell on one of our campers and her dog. She was pinned until help arrived. The dog was killed.

It was a nice day. No winds. No recent storms. The limb looked healthy. No explanation as to why it fell from about 25'.

More I've read on this, the more I'm lead to think it was simply a freak accident. Chatted with a co-worker today who's another regular to this park, and we couldn't recall a time we'd ever seen the sites anything but well maintained. Hopefully this doesn't become too much a deterrent for folks trying to spend more time in he outdoors.

That's too bad.  I live in the woods, after a good snow, or in the Spring when the roads gradually get accessible again, you see small trees, tops all over.  The way I view it, if a wind or snow hits the right spot, it may do some damage to the tree.  Some years, it seems to pick on one specific species for some reason.