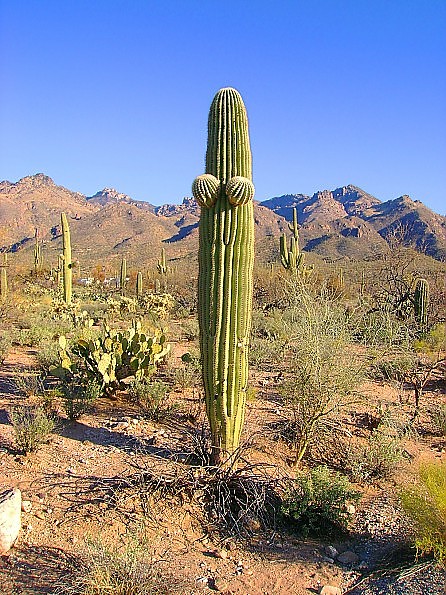 I took this image of this Saguaro in February 2013 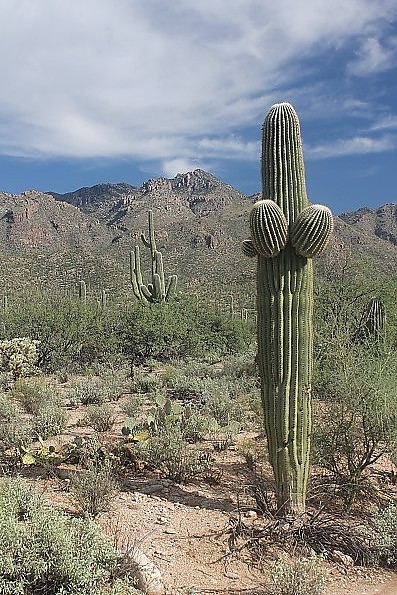 And this same cactus last weekend, not how fast the arms in front have grown and a new arm ball is starting to grow behind them. Thats just 1 year and 8 months of growth.

Seems fast to me anyhow, as I have rarely noticed it being till these last two shots I have never photographed the same cactus  twice and noticed the difference.

The camera angle is different but you can see the larger multi-armed Saguaro behind it on the right and left in the upper and lower image.

Cacti and succulents respond to soil moisture. Look at the background in the two photos. The one on the top is during the dry time of year, and the one on the bottom looks like spring or summer rains. When the plants re-hydrate they look like they have "grown."

The receipt of precip in Arizona is sporadic with a distinct summer maximum.

Look closely at the difference in the two photos. The top photo is a winter dry period. The plants have a yellowish-green cast. There is a lot of bare ground and desert pavement showing.

The bottom photo shows the effect of summer and maybe early fall rains, and the plants have a grey-green cast with more understory plants in evidence. They are in a more advanced stage of their phenology.

Its been raining off and on the last fe weeks I have been here in October. MOst cacti are fat and plump from all the recent rains. Some are flowering as well.