Just bought a Osprey Volt 75 to hold gear when I go camping-looking to start out doing a bit of hiking lightly and work my way up.Usually go alone as I'm single and prefer quiet times.The Pack-if anyone owns this particular model I have a question.On the top when I put my stuff in-How does the  closure work? It looks like it has a spring inside but do I squeeze it or what to open and close it? I dont want to break the cord lock-I believe that is what its called.On you-tube the guy is pulling the cord lock but mine is stitched to the pack.Anyone?

You talking about something like this? Yeah, you squeeze it to loosen tension on the cord.

Yes but their version is not like the traditional cord lock.

It would help if you posted a photo. Maybe it looks like this 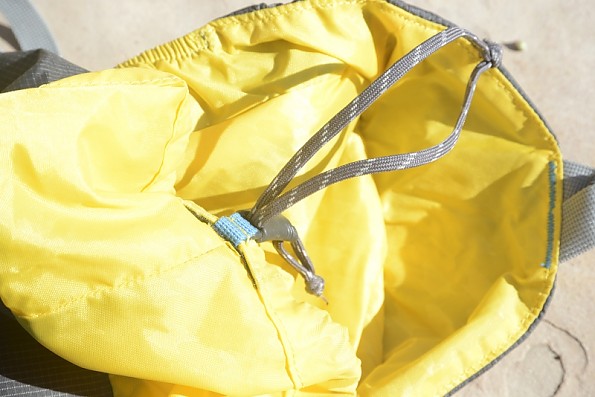 OK that's what it looks like-thanks!

I have to atmos 65 ag. I went to the Ospray  web site and look at the owners manul. It will tell you all about your pack.

I reviewed the manual that came with my Osprey Atmos 65 ... it only addresses the bungee tool tie-offs on the side of the pack, not specifically the drawstring enclosure to seal the top of the main compartment (underneath the pack lid).  It states:

More Topics
This forum: Older: Self filling water bottle? Newer: Feeling trapped by the trail?
All forums: Older: My next adventure Newer: What is your favorite outdoor gear logo?