It's laughable the Gotcha govt wants to prohibit solo climbers but seems to have no problems whatsoever allowing helicopters into basecamp by the score.  So much for wilderness.

Or allowing a French helicopter to land on the summit of Everest.  So much for undisturbed peace and quiet and so much for wilderness.

In fact, they're making all the wrong rules. If I were in charge I'd kick out all the Guiding companies and stop the Black Friday Sale at Walmart line going to the top.  I'd not allow a single oxygen canister on the mountain.  Messner did it w/o Os, so be it.  I'd make all clients carry all their own gear and NOT saddle most of the risks on the sherpas to do most of the work for the clients.

In fact, I'd charge a $10,000 fee for every piece of litter left on the mountain---ropes, tents, oxygen bottles etc.

I hear you Walter.  But I also think it's a question of resources and third world economies.

As you note, there have been serious problems on Everest in years past--often with know-it-all foreign climbers failing to observe local practices, including basic safety procedures.   And mistakes on Everest are usually fatal--not just for the person making the mistake, but also often for others in the area or members of SAR who have to try to help them.  There's enough if that already, without adding in yabos who think they know everything and won't accept local authority.

Yeah, there is an element of creating jobs for local people in this new rule.  They have similar policies in parts of the Andes where we've hiked.  Requiring a local guide not only generates income for the locals, but also changes their perceptions of the visitors.  Instead of being rich a$$holes who walk through our communities and use our fields for toilets, the visitors are now clients of their friend Hector, Willi, or Juan Pablo.

And we quickly realized that the primary function of the guides was not to keep us from getting lost--the trails were easy to follow--it was to keep us from mucking up priceless cultural ruins, climbing on 1000 year old walls, or peeing in someone vegetable garden.  No, we didn't do those things, but we saw other hikers make idiots out of themselves.  And we saw guides step in and correct them.  We didn't see much trash at all, for example!

I don't begrudge the local guides this work.  It's their way of both protecting and economically benefitting from the resources that are theirs to manage.

had to chuckle at the notion that Everest was tops on climbers bucket list.  IMHO, the situation on Everest is a gross perversion of what climbing is about. The one positive is the stimulus to the local economy.

They should just put a tram to the top and let people buy tickets to ride up.

I have a buddy in Missouri who is finding unknown caves every week. While everyone lines up for Everest, he is truly going where no one has gone before.

They should just put a tram to the top and let people buy tickets to ride up.

I have a buddy in Missouri who is finding unknown caves every week. While everyone lines up for Everest, he is truly going where no one has gone before.

Ironic you should say this as on one of my last trips I mused about the Everest debacle and wrote this in my trip report about backpacking up the Wolf Ridge trail to Big Frog Mt.

PAY ME $70,000
If guys climb Mt Everest because they love nature, why not climb Wolf Ridge for the same reason?  And you don't have to get in an airplane and become a flying metal tube potato to enter the Frog.  It's ironic since the jet to India takes you to 30,000 feet and the same height you'll be climbing on big E.

And just think, after you spend 3 months getting to the summit, a guy in a French helicopter will wave to you in a hover on top ha ha ha.  Pay me $70,000 and I'll lead you to the top of Frog Mt and even carry all your gear.  Or better yet, just stay home and watch stock car racing and dances with the stars.  No cerebral edema in the high air or yellow jacket stings down in this jungle.

When you leave the couch to find the TV remote it'll be like climbing thru the icefall to the South Col camps.  When a couch spring snaps and throws you to the floor it'll be like getting stung by hornets on the Wolf Ridge trail.  When you leave your house and walk 20 feet to your car and slip on the ice it'll be like tumbling off the Lhotse Face ha ha ha.

But wait, Walter.  Do I need oxygen tanks for Wolf Ridge?

I need them in Walmart. 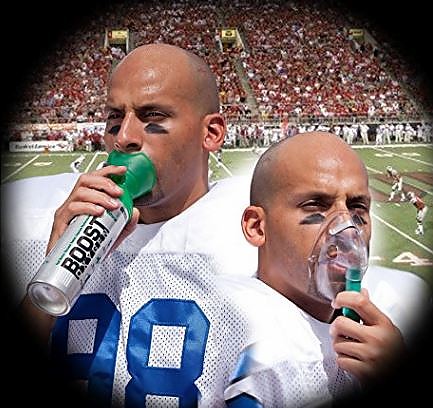 But wait, Walter.  Do I need oxygen tanks for Wolf Ridge?

I need them in Walmart.

Oxygen on Wolf Ridge?  I don't know, I blacked out after reaching the 3,000 foot mark and was told I was short-roped up to the top at 4,224 feet in the death zone.  But since it was a solo trip I still don't know who short-roped me.  Jeremiah Johnson?  The Himal Bikini Team?

But yes, you will need to bring Os for Wolf Ridge.  For $40,000 I can guide you to the top of Frog Mt (discount rate) and carry all your gear and will set out ropes and caches of Os etc.

I use local boys to help guide and they are known as Burpas (for their tendency to belch under strain) but they can carry tremendous weight.  2018 climbing season is coming up so tell your friends.