Where would you go if you could go any place in the world?

I am a long time lurker, and finally decided to make an account. I have been thinking about making a trip in the next year or two, so I am trying to narrow down some places. I saw on a thread a while back about going to western China, and that has really stuck in my head since it would be more in my budget.

I saw Salewa is doing a lot of contests: newsdailynow. com/2015/11/11/salewa/ Those places have really peaked my interest as well. I have entered, and hopefully have a shot at it. Does anyone have experience at any of the places that they're offering?

I look forward to hearing your responses, and would love any first hand feedback.

Alaska and the Yukon

Not a bad idea, i can chase the gold too.

I've been fortunate enough to travel in the bush professionally, but I've never been to sub-Saharan Africa.  I'd like to go there.

I would go live in the wilderness for the rest of my life starting with few industry  made materials. I would live like the early Indians did before Columbus. Stone tools, stick and vine traps,

I have been in personal training since I was 12 in Boy Scouts, Explorers and on my own since 16. I would move back home to nature and have hundreds of homes scattered around from Wyoming to Arizona.

I have been to Alaska 10 times and that is not nearly enough. The only other place I can think of with the same power besides nearby Canada, would probably be Siberia.

The Andes and the Alps were disappointing by comparison.

Salewa is obviously publicizing their own company. The contest is pretty limited in your choices for you "prize location"  (Grindelwald, Alta Badia in the Dolomites, and San Martino), and the activities are pretty limited as well (all skiing).

Aside from wanting to go to the Moon and Mars (not available right now), there are several hundred (maybe over 1000) places still on my bucket list, even though I have hiked and climbed on all 7 continents plus a few islands (Rapa Nui, for example). I have come nowhere near to exhausting any one of the continents, or even my current home state (California), the US (missing one state, but I have been to Puerto Rico), North America (set foot in all the countries, except the French departements just off the Canadian coast). My South American experience (mostly climbing) has only hit 2 countries (including a couple of 6000 meter peaks in the Andes),  a dozen European countries, Africa (and only one peak there), a bit of hiking and scrambling in Oz (missed NZ, though). Added Asia last Aug-Sept. Antarctica is pictured in my avatar.

Still there are lots of places left on the planet I want to get to, plus lots of places I want to re-visit. Antarctica is one of, if not THE most beautiful places on Earth. Same with Africa and Australia. I always enjoy Europe, especially Scandinavia and the Alps.

This appears to be marketing spam:

Maine! Right now Maine is calling me! Ive traveled a lot around the globe but I really want to move to Maine and play around up there for awhile in the North Woods ect.

The fjords of Scandinavia.

Islands off the boot heel of Italy

Some of these places I've already visited.  I have spent literally months vacationing in Zion, but never get enough of the place.  My Karackoram wish is moot; I was once too poor to consider such a venture, and now I am too over-the-hill to climb the mountains there.  But in the day Trango Towers got my attention for their sheer aesthetic beauty.  Tropical rainforests used to be on my list, but after a couple of visits, there, I find they just don't inspire me.  I'd like to trek Patagonia, but the weather is just too temperamental and inhospitable for my liking.

When we were young, the allure of the far away was irresistible. The magazines are always full of exotic out of the way places to visit. The reality is that most of those places are expensive, and somewhat tedious to visit. The European formality spills over into places like South America, and many others.

I no longer have  illusions of grandeur or desire for the exotic. But I still crave the big unspoiled country of the North with all of the wildlife populations in tact, hundreds of rivers, and the informality of the Bush.

Belive it or not afganastan has some beutiful mountains and scenery. At times I was just in amazement .

They are the Hindu Kush in Afghanistan.  Western end of the Himalayan Range.  Been there and have no desire to return. 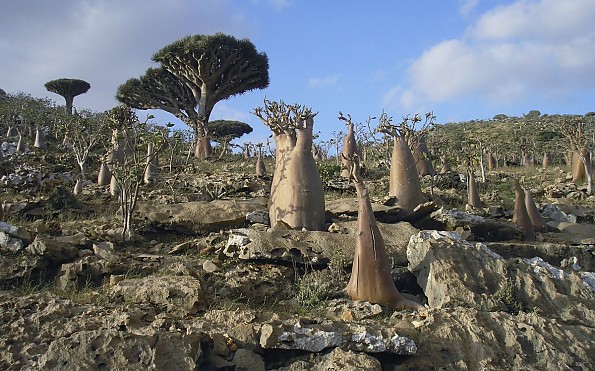 But you can't get there from here...

I have been to Scotland and feel like all I got was a tease of the beauty. I have been dreaming to go back for a longer, more rustic adventure.

I think that Patrick Mason was right.

A cruise ship does not count.

Years ago I worked for quite some time in S.E Asia. I love the people and culture there. When I met my wife I introduced her to some of my friends in Cambodia. About four years ago we did a long hike and raft trip across Borneo. I built the raft myself. The trip took a month. We loved it.

One place that has always been of interest to me is Papua New Guinea. I would like to get into the interior of the island and look around. But, with the current political situation and the fact that I'm married now and not willing to take the same level of risk as I used to, I don't think it is very likely.

My brother spent a year traveling in Asia, especially rural Laos, Cambodia and Viet Nam. We talked for a long time about traversing Borneo. It now seems far away and out of reach.

I've spent time in the bush of Papua New Guinea recovering our KIA-BNR from WW2 air crashes.  Very remote sites which is why we were finding them and recovering them even 50 years after the war.  Man is that place fascinating!  If you can swing it, by all means go.  Last time I was there was nearly 25 years ago.

I also spend quite a bit of time in Cambodia, Laos, and Vietnam recovering our KIA/MIA.  Cambodia was the easiest (before the UN --- they screwed up the place), Laos was the best.  Vietnam was a hassle.  But that was 20-25 years ago before tourism came back to those areas.  If you go, you have to get off the beaten path to really experience the small village culture.

If anyone is interested in the recovery efforts, check out the book, "A Cambodian Odyssey: and The Deaths of 25 Journalists" by T. Jeff Williams and Kurt Volkert.

Part one was written by T. Jeff Williams who was a combat journalist in Cambodia in 1970.  That part covers the journalists in Cambodia and their losses.  Part 2 was written by Kurt Volkert, a CBS photo journalist in Vietnam and Cambodia.  It was because of his very thorough investigation (1970 & 1971) of the capture and loss/murder of those five journalist (whom he knew and worked with) in 1970 that we successfully recovered four in 1992.  Part 2 covers that recovery op in 1992.  I accidently discovered that book in 2013 (it was written in 2001).  Imagine discovering a book of a part of your life without the author having disguised your identity and laying bare the good, the bad, and the ugly.  I was in shock and read the book with a bit of trepidation, but Kurt was very kind to me.  Reading Part 2 dredged up some feelings I had forgotten and long ago pushed way down into my core (it was a stressful assignment and that Cambodia recovery op was particularly difficult and stressful).  But discovering that book also reconnected me with Kurt (now in his 80s and living in Bonn).  We and our wives were able to meet in January 2013 which was just incredible.

We didn't recover Ishii's remains.  Though it certainly wasn't for a lack of trying.  I'll regret that to my dying day.  Especially for his wife.