Hey everyone! I wanted to tell y'all about a recent find! I went to Sonic (America's Drive-in) and found out that they sell a gallon of tea for $4.99 and it comes in a jug that is very similar to a Platypus bottle design. I ended up buying a gallon of blackberry tea just so I could get the jug because I thought it  would be good to take to the campsite or even on backpacking trips if I have a water filter with me. For $4.99 not only do you get a gallon of tea, but you get an awesome jug with it! Can't beat that! It folds nicely when it's empty and is very lightweight!
Just thought some of you other TS'ers might want to go pick one up! Hope you're all having a great Memorial Day weekend. Here are some pics of it. 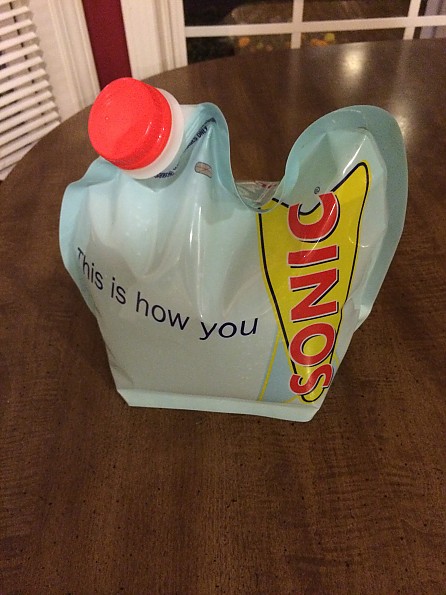 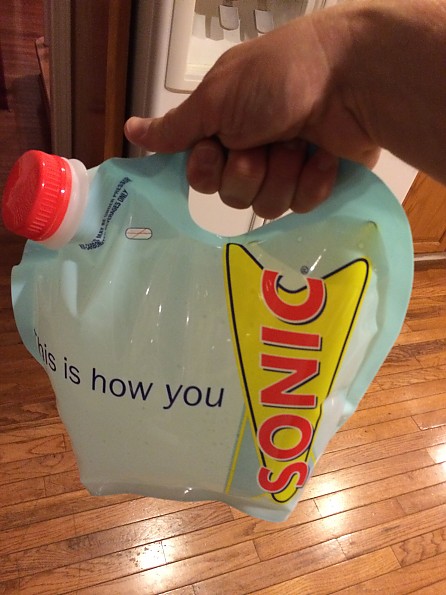 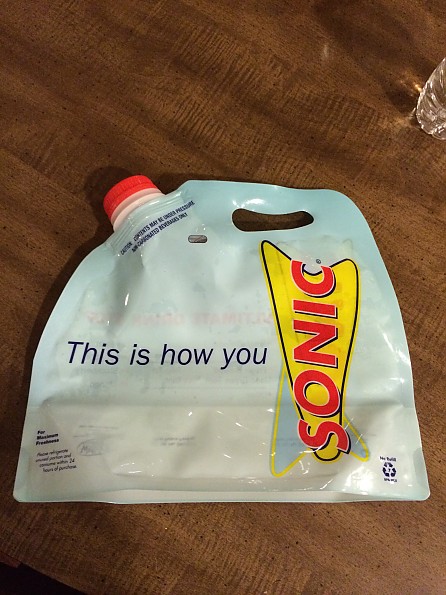 (it can fold up more, I just wanted to show you the flexibility of it) 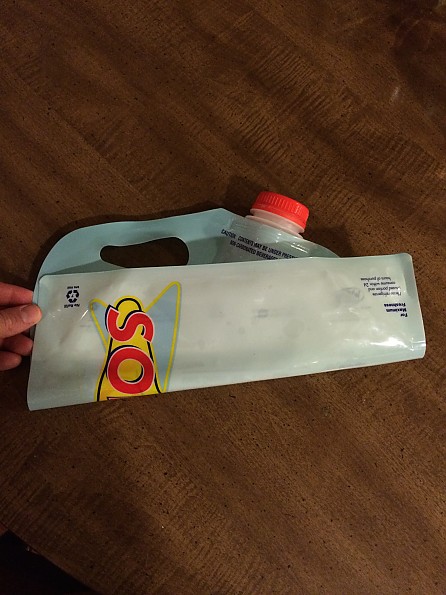 Totally could've used one of these.

Can always use another excuse to go to Sonic, too.

Didn't know this was a thing until last summer. I was in a car with some cast members (on a gig in N. Carolina) and one of them ordered a gallon of sweet tea from Chik-fil-A.

Now that I'm back up north, and sweet tea is a hard commodity to come across, good to know A.) there's a solution to that problem, and B.) it's found as nearby as the Sonic Drive-Thru lane.

Wound up making an after-hours night hike from my backpacking site down to the campground this weekend because two liters, a piece, weren't cutting it. This would've been a nice way of getting it up there without lugging a bulky jug back down with me.

Thanks for the tip, brother - and the excuse to pick up some tea! :)

Something else that works really well is the wine that restuarants and bars get in the small narrow boxes. The inner bag hold like 2 gallons and has a spigot cap that can be popped off and then wash out the bag and pop the spigot back on. 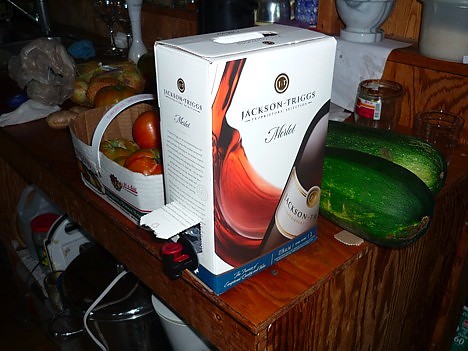 When empty the inner bag can be rolled up small. I use them on hiking trips. Open the spigot on the empty bag roll it up and then close the spigot to make it stay rolled.

Thanks for passing that along Ben!

I have used the wine bladders before, they work good.

I'm actually going to Sonic today for a hotdog and chilli cheese fries, and now some tea too.

The boxed wine that Gary mentions has been around for a long time, at least 30 or 40 years, and is available in many grocery stores and liquor stores. Franzia Brothers winery is probably the oldest winery in the US to use this packaging. It is usually really cheap rotgut wine, so just dumping it is no big deal. But, if you don't care for the wine, you can also get apple juice in the same kind of boxes.

The liner is an aluminized mylar, which helps keep the water (or other contents) cool. There is a company that makes showerheads that can be exchanged into the valve of the bag for an inexpensive backcountry shower (that's where companies like Solar Shower got the idea - even with the mylar, the bags absorb enough heat for a hot shower). Some of the boxes come with a clear plastic liner instead of the mylar one.

That's a pretty cool idea using those for a backcountry shower. Never would have thought of that!

Black plastic garbage bags make great solar collectors either by putting containers like the wine bags inside or even just partially filling the bag itself with water. Thankfully it always rains on me now but in my days out west showers were worth working for.

I have even used my Camelbak as a backcountry shower.