What can you tell me about this set?

It belonged to my uncle Jim who passed away in 1972. I found it in the shed about 10 years back and have been using it every since, when I needed pots and pans.

It's such a good set I haven't found anything I thought was better. I do know that he was in WWII and I do believe he was stationed there a 2nd time just not sure. 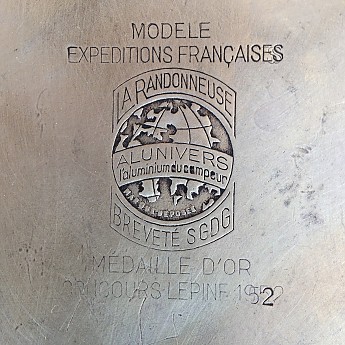 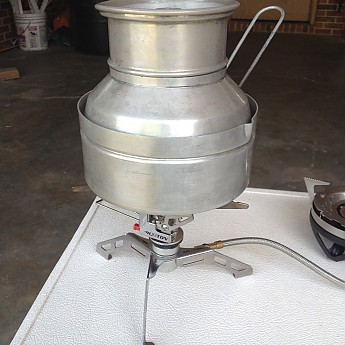 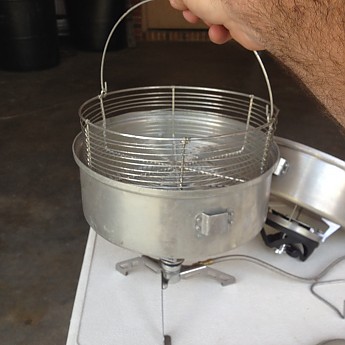 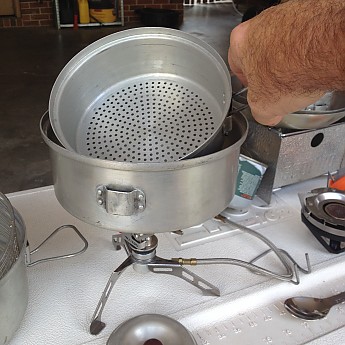 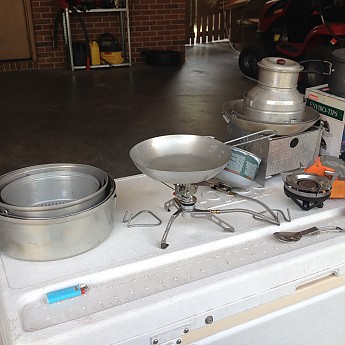 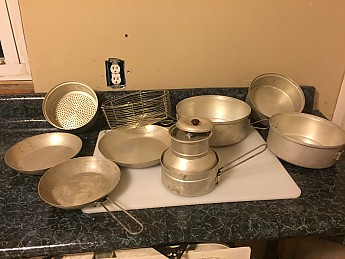 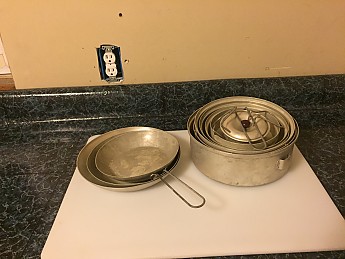 In my fractured French, I would translate "La Randonneusse" as 'The Wanderer."  I'll bet others can do better (traveler? voyager? tourist?)

Yes it's a great set. Has everything you could want for base camp or hiking. It's about the only thing of uncle jims that I have and rather that keep it as a monument I actually use it pretty regularly at least the smallest one on hikes. And I remember what a great uncle he really was to all of us growing up. I've been going to ask about this set for a while just now got around to it. Best set I've seen and have looked at quite a few

This forum can probably get an answer pretty quick. You may have to register to post pics though.

Brevete SGDG means it is patented.

Medaille D'or Concours Lepine 1952 means it won an award for inventions in 1952:

The event carries in 1901 the name of "exposure of toys and Paris," it was renamed "Concours Lépine" from 1902.

Several famous inventions have won awards there, there may be mentioned the vacuum Birum in 1907 , the manual food mill in 1931 behind the success of the company Moulinex  , the game of Pig Laughing (1934) the ballpoint pen , the two-stroke engine , the irons steam, the propeller with variable pitch and contact lenses."

Thanks guys this is great. Been curious about this for awhile and wondering how old the set actually was plus when uncle Jim had gotten it him and dad were both in Germany at least 3 or 4 times between them. But it was well before I was born. So I'm guessing since I'm 50 that makes this set probably around 60 years old

John you actively use these on your backpacking trips? Very cool set..I wish I had saved some of my stuff from the 80's  when I was a teen...

John you actively use these on your backpacking trips? Very cool set..I wish I had saved some of my stuff from the 80's  when I was a teen...

yes I sure do though mostly when someone else is with me and planning on cooking I'll take the smallest pot and lid which doubles as a frying pan. Plus everything for cooking stove lightwe wash rag spices will fit in it. Now however I usually take my jet boiler with me when by myself. I use it the most on car camping trips, due to the fact that it has everything except the utensils and easy to clean.

it has 3 pots with 3 frying pan lids 1 small pot that also has all the attachmenta to make a coffee perkulater. A fry basket a pasta strainer and 4 sturdy wire handles that attach with just a squeeze.

Topic: What can you tell me about this set?