I am looking to sell my Mountain 25. It is about two years old, and has been used about a dozen times. It is in like new condition. I am selling it because I no longer live out west and I do not have many options nowadays to spend above treeline or in severe mountain weather in general. It sells new for $499, I am asking 300$. With shipping it would probally be like 315-320 I would imagine.

I am hoping to sell it and be able to get more of a 3 season tent. The mountain 25 weighs 8lbs and some change. I am including the footprint which is practically brand new with only 1 use on it.

This tent is bombproof, designed for extreme weather conditions and truly lives up to its reputation. This tent is freestanding and does not have to be staked, which is nice if your on rock etc. It can also be pitched with the fly and footprint only for a more lightweight option.30sqft of interior space, with 7sqft in one vestibule and 4sqft in the other.
Canopy Fabric 40 denier, 240T nylon ripstop, Floor Fabric 70 denier, 210T nylon taffeta, Rainfly Fabric75 denier, 185T polyester ripstop. This is a store photo, I did not have a pic of the tent setup with the fly on it. But this is what it looks like with the fly, and the other pic is with all of the mesh zipped up.

Actually, just calculating I can afford it. How much $320? Can I send you a postal money order? Email me at cpatflgaz@yahoo.com with the words Mtn VE 25 in the subject. I would love to have this tent again as next October, I am going to be on a lot of slickrock in Utah and Granite in the Tetons in August/September. My Golite Shangri-la 3 won't stand on rock and stone very well.

I will have the money in the mail Monday express . 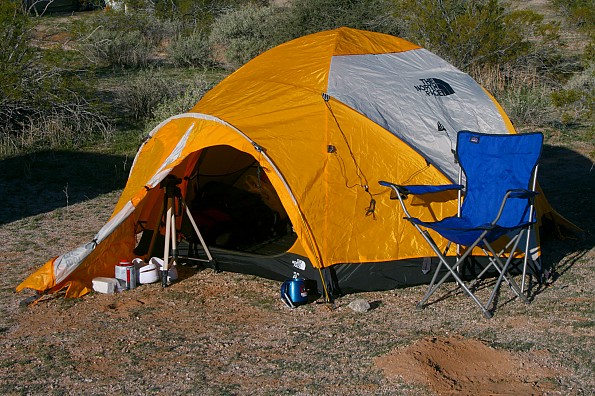 This is what my TNF Mountain 25 looked like in Feburary 2009 in the desert outside south Phoenix.

Tent came today, it is actually like the one in the first picture in the outdoors, in your ad above.

I will be using it a lot this fall and winter. 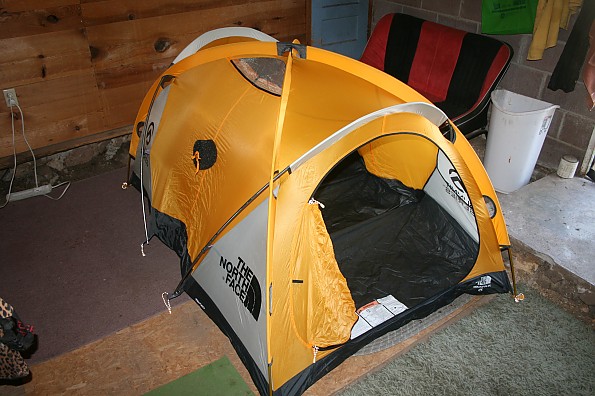 I like the fact that its lighter than my VE25 was last year below. Mine was much like the VE24 I had in 1980 I lived in from January to May in Yosemite's high Sierra. 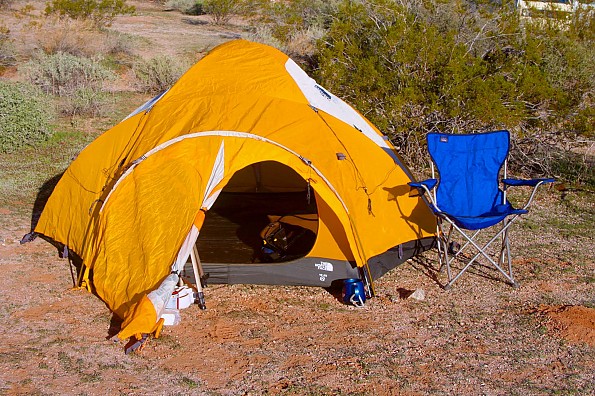