Not much snow, even with the recent "storms" here in the Sierra. So Barb and I joined some friends hiking in a few miles near Donner Pass for some ice climbing. Here is a photo of me on one of the routes: 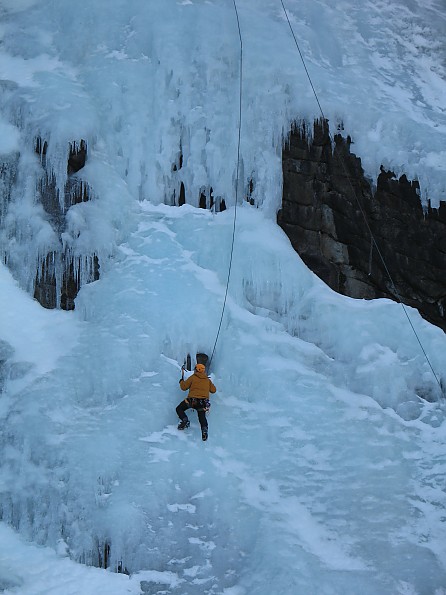 We camped in the snow, of course, which added a couple more nights to the NeoAir AllSeason (total of 4 in snow so far). Amazing how warm it is - even more so than my normal setup. It was fairly warm, though, with the low during the night only about 12-13F.

Decided I need some new ice tools, though, though the old ones stick pretty well.

WOW! That is COOL!

Not even in my thirties do I plan to ice climb.

if you legit think about getting new ice tools let me know what ones you have and if you'd be willing to sell them to me Bill.

I've been looking for a used set that is still in good condition.

LOL, just ask him to leave them to you in his will ;)

Is that Puxatawney Phil peeking out from the ice??

I was just at Ouray it was good there 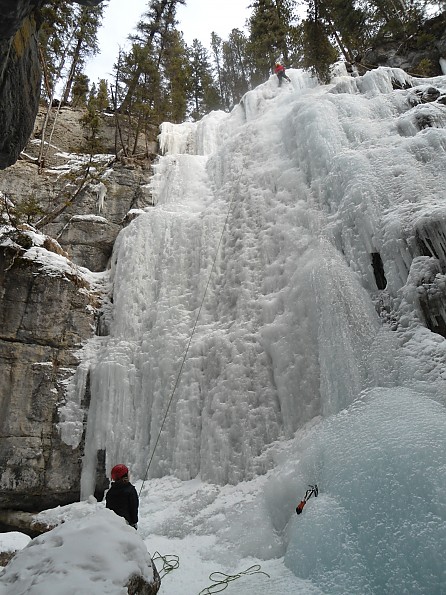 I was at Maligne Canyon. Almost at the top!