as a counterpoint to the inevitable stories about climbers who fall, and with absolutely no offense to those posting because it's interesting stuff, consider that this summer, Melissa Arnot summited Everest for the fourth time - the most that a woman has ever been to the top.

When I first read the heading M. Arnot was the 1st to come to mind. I have been following them online(get updates, etc.)

Pretty cool stuff. Kudos to her and her accomplishment.

she also endorses, tests, and helps design the First Ascent series by Eddie Bauer. I really like their stuff, and Melissa along with other first rate climbers who help the EB team use it exclusively on trips, so that says a lot.

Is it just me or is she pretty hot?

iClimb, I have seen her videos, she is nice to look at.

I am glad that EB has gotten back to making real gear, steering away from the AF path.

I was really happy to hear that Melissa had another successful climb on Everest. She's not only a super strong climber, but a class act who seems to have things in the right perspective.

I was lucky enough to have Melissa as lead guide on my 2010 Summit for Someone climb of Mount Rainier. It was an all-woman benefit climb for Big City Mountaineers and I really enjoyed learning from her.

By the way, my then 6-year-old son was prepared to impress Melissa with his climbing skills on Whittaker Mountaineering's outside bouldering wall/formation. The first thing he said after I introduced him to Melissa was, "I can climb to the top of the wall. Watch." Then he climbed up and sat on top of the boulder formation waving to Melissa across the yard.

Here are a few Rainier pics: 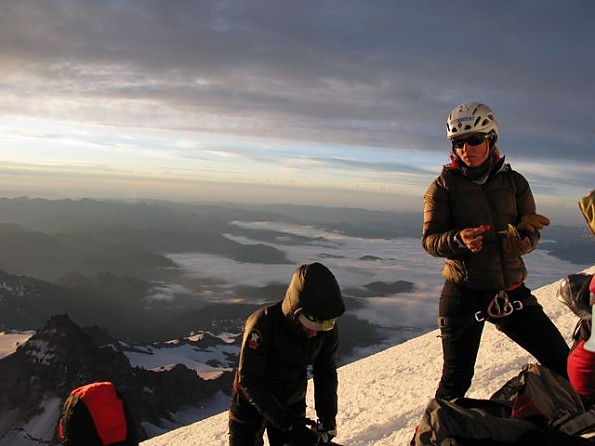 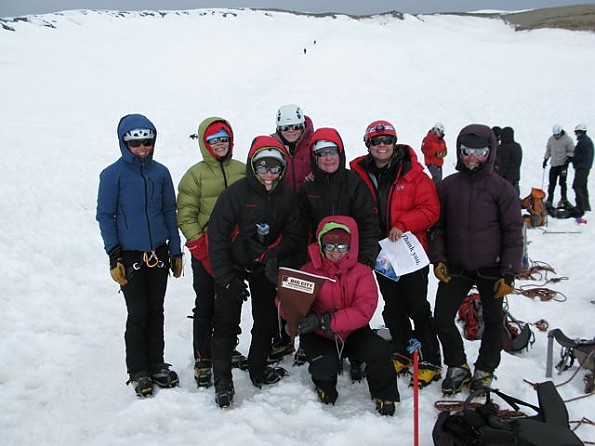 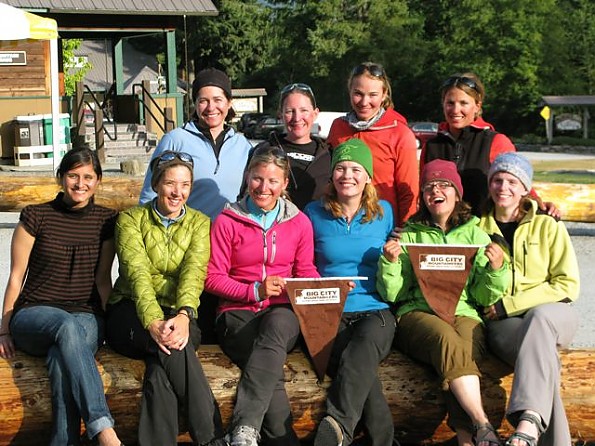 that's pretty incredible Alicia, thanks for sharing that!

WOW! That is sooo cool! I, too, am so glad that EB is getting back to expedition quality gear. As long as we are looking at women, and though I am sooooo not near the women already showing their stuff in this thread, here is my own "summit" as I arrive at base camp in 2012: 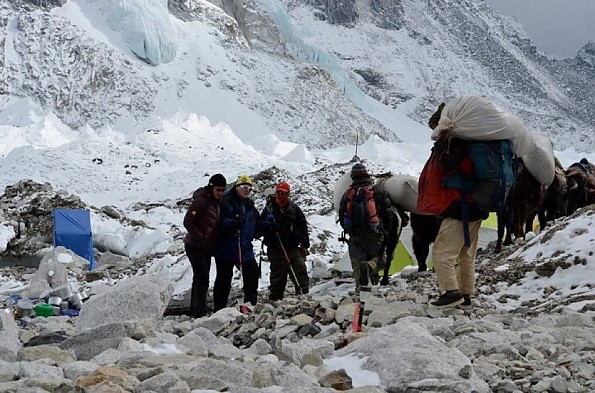 was your son free-climbing or top-roped??

was your son free-climbing or top-roped??

Free-climbing. OK, really it was just a large bouldering formation, so he wasn't too high up, and he was being spotted. Still, he was quite proud of himself, and why wouldn't a top Everest climber be impressed too? 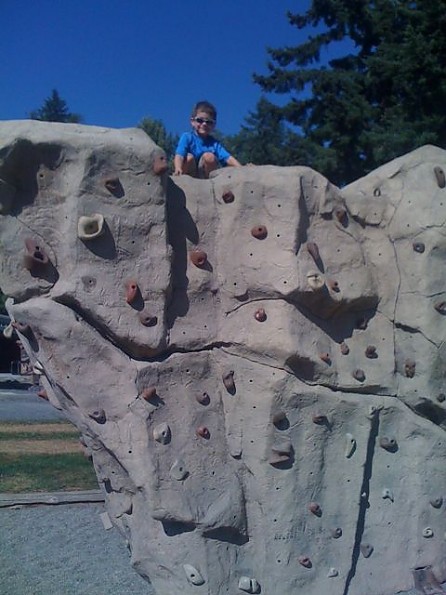 I am sure she was impressed with his efforts. His fearless attack of the feature portends a future summiter!

A short Q&A with Melissa after her last Everest climb, from WomensMovement.com: