I must have bought so much crap from Sierra trading over the years that they sent me some super duper loyalty coupon.

I moved on to Scarpa Inverno's  after that and now am looking for a lighter mixed ice/moderate alpine boot. Thought the Trango's were it but I found these Han Wag Eclipse Goretex boots on sierra for the unbelievable price of $192.00 shipped free.

I figure it's worth the ten bucks to check them out and ship them back if they don't work.

Anyone have experience with them or know much about them.

What little I can find out seems to indicate a high end quality German boot. Opinions? 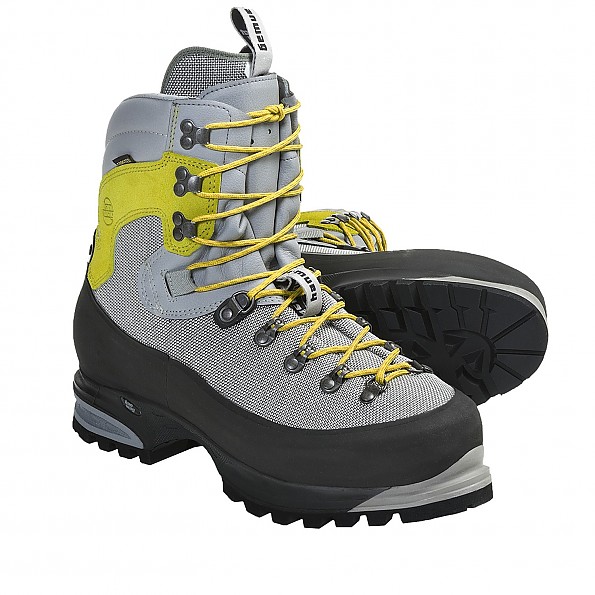 Hanwag boots like the Yukons are a standard for police, SWAT, and military here (for those with a boot allowance!). They're certainly not cheap, but everyone I've spoken to who has them says they're the best boots they've ever owned, the kind of boots that you don't want to take off at the end of a hard day of hiking in rough terrain.

Unfortunately, I don't know anything about their mountaineering boots, but I agree with your summary that the brand is a 'high end quality German boot'.

It looks like all these new-generation fabric-patchwork light-and-fast alpine boots are made in the same factories anyways, and generally, I've heard really good things about 'em. Those Han Wags look like good, fairly insulated boots built for a full crampon; if the liner/boot doesn't fall apart, I'd say that's a steal at $192...

Thanks for the feedback.

They arrived a few days ago and so far having gone through only the "wear around the house" stage I am very pleased. Fit and comfort seem great.

Crampon compatibility good. And quality looks top notch.Planning to take them on a 5 mile break in walk today so we'll really see how the fit is.

My only issue would be the weight. The come in at 5lb per pair in my size 12's. This seems to be about a pound heavier than several others but when all is done I am not complaining and bang for the buck I think they are a great buy and will serve me well.