Weather here has been TERRIBLE this winter with constant clouds and temps in the 25-35 F range (its usually sunny and cold here).

So whats a guy to do? Build a woody in the basement, that's what!  Before you PM the mods to censor me let me say that a woody is a home practice climbing/bouldering wall so the pictures below are perfectly appropriate. Especially since there are none of me.

The nearest climbing gym to me is two hours away so this is our only real option.  Anyway,here's the details:

- One sheet of 3/4 inch ACX plywood (smooth on one side (CDX is cheaper but I didn't want splinters, paint could have solved that but I was in a hurry so I splurged)

- Two 2x4 studs to add rigidity to the plywood

- One gate latch to hold it in place when stored

- 2" deck screws (drywall ones work too) to attach the holds and the 2x4 studs.

-Cost is close to what it would cost to take my wife and kids out to a decent dinner. Took one afternoon and two trips to the hardware store to build. 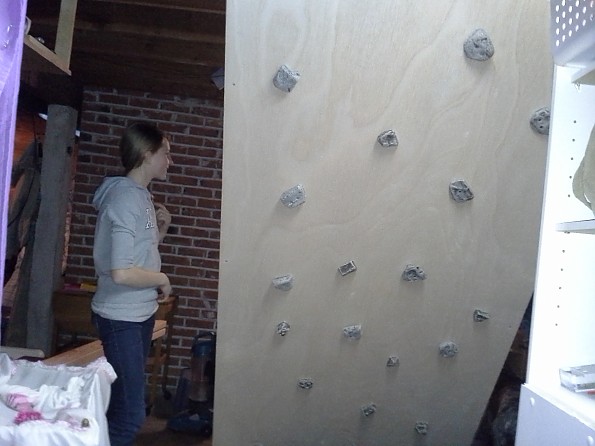 The oldest came up with the idea that it could fold up into the ceiling for storage.  She gets her smarts from her mom. 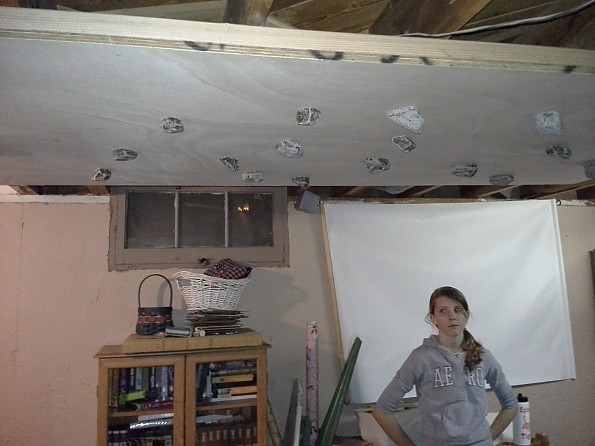 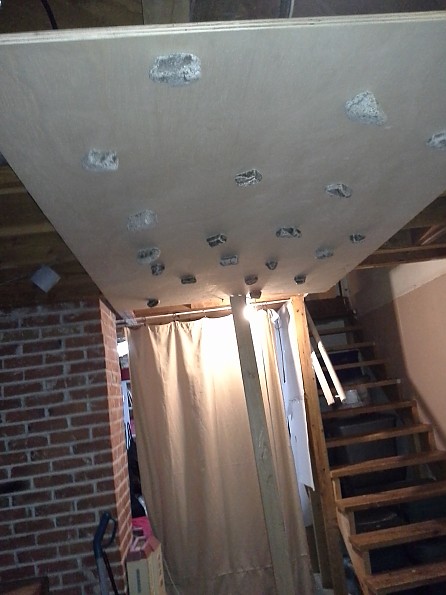 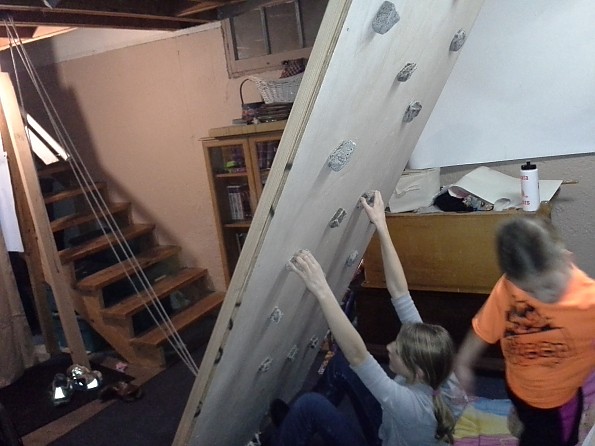 This is what basements were made for. 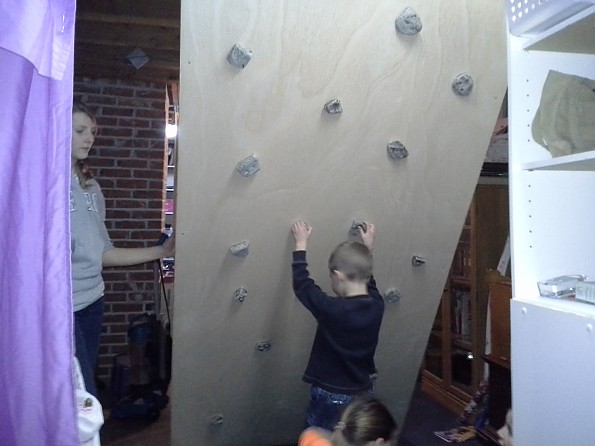 All the little rascals are loving this so far.  YES, we do have pads on the floor, its an un-finished basement after all.

In a couple more paychecks and maybe a tax return I'm sure this humble beginning will begin to really get out of control.

When I first saw this, I thought you had it going along the ceiling; thought that you were 'bad ass'.

Still, looks like good fun and you should have no excuses during the winter. Your basement is tidy, where's all your junk? Probably the basements have basements in the USA.

Thanks Pathloser.  If I had rotated the camera 180 degrees, you'd have seen the man-cave.  I'll show people the basement; its the garage that embarrasses me.

Sweet woody!...Looks like you're gonna have to start casting your own holds with four climbers using it!

Does it "lock" in the up position so you could do some roof work if you wanted to?

The storage position is pretty much just a dead bolt holding it in place. The roof idea is a pretty good one though.  Some day when I am a better climber I might have to figure a way to use it like that. Just for the idea, Pillow I'll let you take a few laps on it next time you're in town. lol.