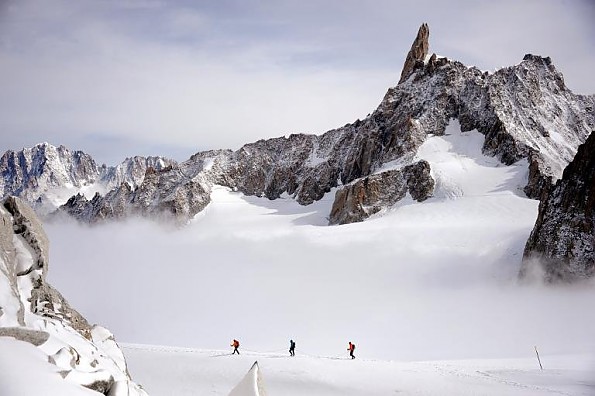 Albertville (France) (AFP) - A French climber scaling a glacier off Mont Blanc got more than satisfaction for his efforts when he stumbled across a treasure trove of emeralds, rubies and sapphires that had been buried for decades.

I think what he did was awesone..Giving the Treasure to the Authorities. How many people would do that in todays Society..

In many nations its a law that you have to turn "finds" over to the authorities. Many shipwrecks lay unfound under the sea that are "owned" not by the treasure hunters who find them but by the authorities that issue a decree that they own them.

In any case, kudos to the climber who made an amazing find. He gets the glory!

Usually, one gets a cu in sip wrecks, but wow! There was a guy on tv who was a recovering addict/homeless guy who found a back pack in it. There were several THOUSAND cash dollars inside. Also a laptop. He opened the laptop and finally found the guy and returned all of it to him. Nobody EVER would have known EVER. Now that is how we should all be.

I'd have kept it.

I have no shame

Gear adrift is a gift.

True elation is finding that lost shaker of salt you misplaced long ago, in your college years.  but I'll settle for some rubies.

I have placed over 200 food and gear caches in the back country between Alaska and the southwestern USA in national parks,wilderness areas and national and state forest areas. In 2016 when I am 60 I plan to retire and go back to just living on my bicycle and backpacking and exploring more of the wild places I have come to enjoy these last decades since 1977. My treasure is my knowledge and wisdom of knowing how to live outdoors and staying free.