Wow. This is terrible news.

Sad...RIP to the Swiss Machine. 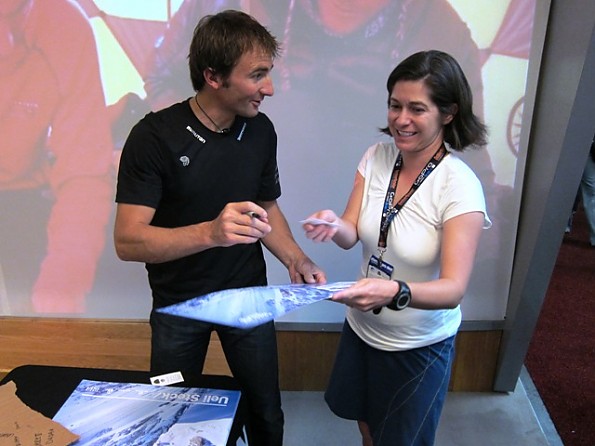 Ueli was a friend who I crossed paths with several times in the mountains. I recall  running into him during one of my Climber Science Program expeditions in the Cordillera Blanca. He and his wife were on their way out from an attempt on Nevado Artesonraju as we were on our way in to Lago Paron. They had been caught in an avalanche - no injuries, but Ueli warned us that the conditions were unacceptable. That was the same trip I wrote a trip report here on Trailspace, where we got involved in a rescue of an American climber and recovery of the body of his partner on Piramide.

Despite the high speed with which he climbed, he had very few close calls. But you never know with the mountains.

This has been a sad year for me, with the loss of several friends and climbing partners.

He and Conrad have always been really inspirational to me.  Ueli's philosophy of climbing changed mountaineering a lot.  We play dangerous games so you have to be ready for this.