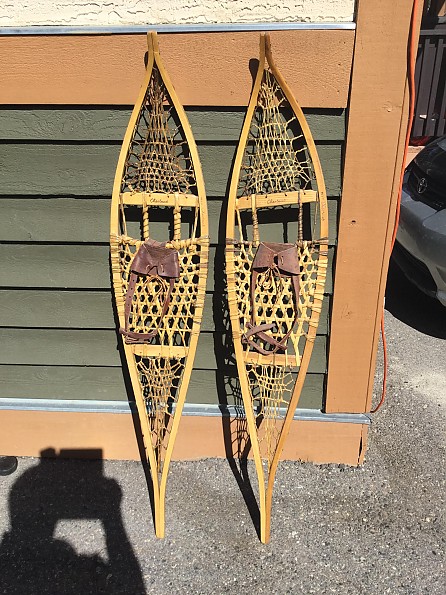 I was wondering if anyone might be able to help me date these snowshoes made by the Chestnut Canoe Company.

I know that they made snowshoes for the war, but I'm not sure if the war was WWl or WWll.

The Chestnut Canoe Company goes back to 1900 and was able to stay open under the war measures act if they made snowshoes. 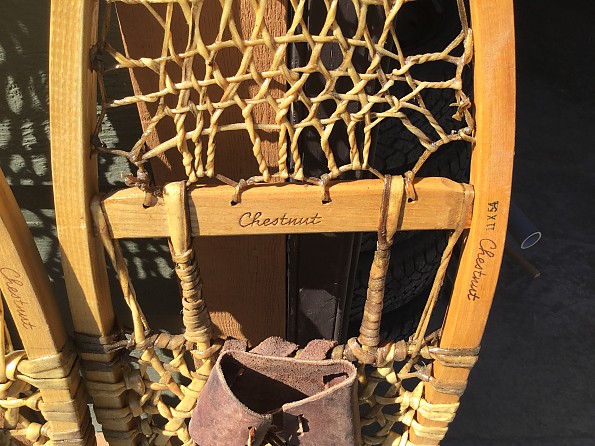 Hi Paul, You might try referencing "When Chestnut was in Flower". My copy is packed away right now, but there might be some reference to the wartime work the Chestnut Bros. did.

Thanks for that. I do have a copy in my library of the history of the Wood Strip Canoe that makes a small reference to the snowshoe making by the Chestnut canoe co. Out of Fredrickton N.B.

Both Roger McGregor's book and Ken Solway's book on Chestnut no doubt reference the snowshoe making side.

I was able to find this on the web. But nothing before 1935.

I have too many books on the go right now and our local library doesn't seem to have anything. ( shame being an important part of Canadian history ) 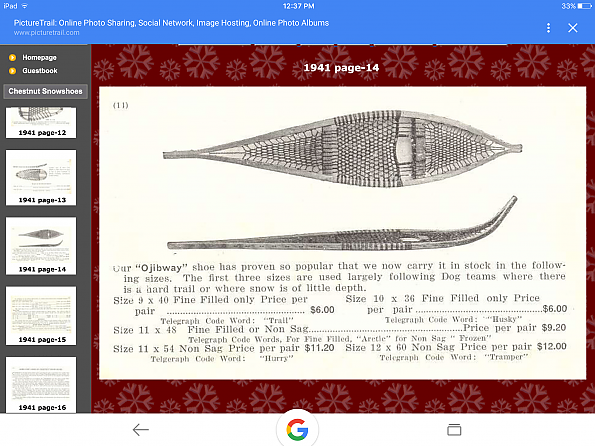 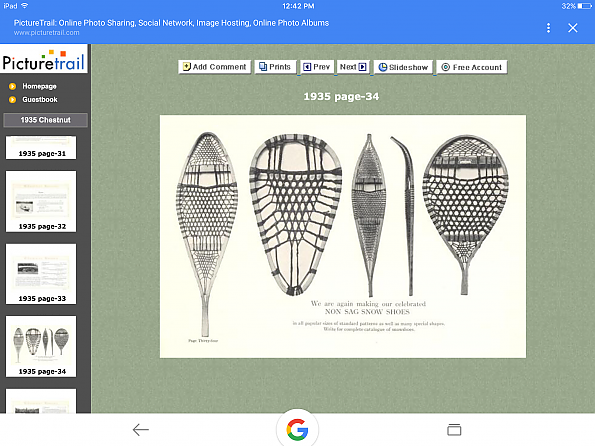 I'm sorry I don't know the answer to this question, but I just wanted to say what pretty snowshoes those are. How big are they?

Hi Alicia, the one with the extreme upturn is what they call the Ojibway and is similar to the Yukon pattern from Tubbs that I have. Its dimensions are 12 X 60 which is about what my Yukons are. The others like like common sizes for bear paws and Michigans without the up turn. More for flatter country and forests. I think that the reason the Ojibway is split at the front, is it is easier to do that thnt laminate and bend in two directions. 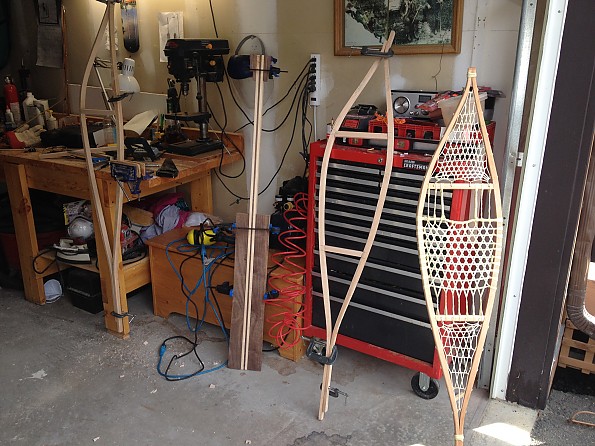 They were also easier to repair and build

a couple of pairs I built last winter

Thanks for the explanation, Erich.

Sorry about the typos. I meant that it is easier to do a two piece frame than do a compound bend by laminating and doing an up turn at the same time.