Moss Tent with no buckles for rainfly

I have an older Moss Olympic tent with two entrances and no vestibule.  The curious thing is that the rainfly has straps coming out of the corners, but there is no buckle or connector of any kind to connect with the tent body, nor are there any holes or loops for tent pegs.

On the tent body where the pegs are inserted there is a strap tensioner but no buckle.  It appears that you put the rainfly on and run the strap through the tensioner and after doing all six pull it tight.  Could this be?  I've never seen anything like it.  When I tried to tighten it I must have had it installed incorrectly because it didn't become tight.  Does anyone have experience with this? 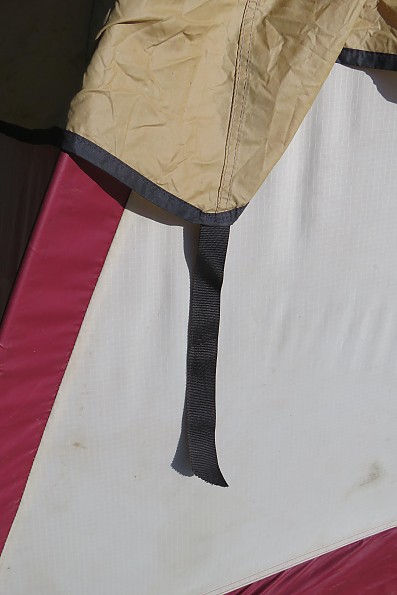 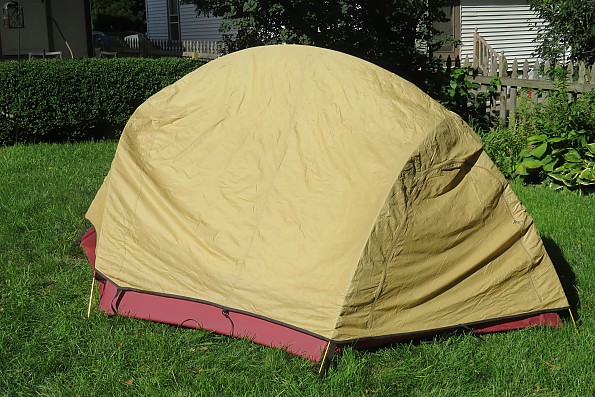 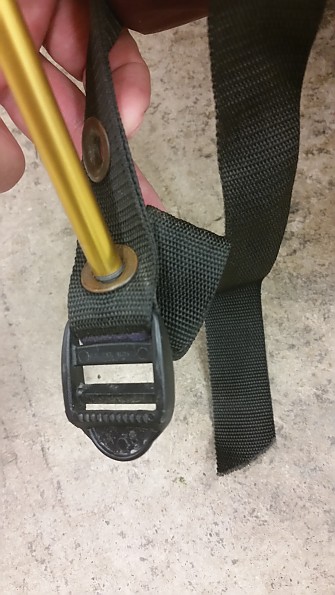 It would appear that the rainfly is attached by running its webbing strap through the ladderlock buckle as you have suggested. Basically the same as using a lashing strap, it needs to be threaded correctly to cinch down and hold. If this is inconvenient, you might consider cutting a lashing strap with a "snap in buckle" and attaching a length with the male end to the ladderlock buckle and then attaching the female end to the fly webbing using a slider. Then you have snap in convenience and tension adjustment as well.

Thank you Pine Sap, I'll have a look at that option.

Topic: Moss Tent with no buckles for rainfly