Does anyone know this brand Logo?

Hi, Picked up this cool sleeping bag this weekend and want to know the specs,but I can't even figure out the maker,and there's no tags ,only this green embroidered logo,and I'm not familiar with the logo and after 2 days of google images I give up and admit defeat. 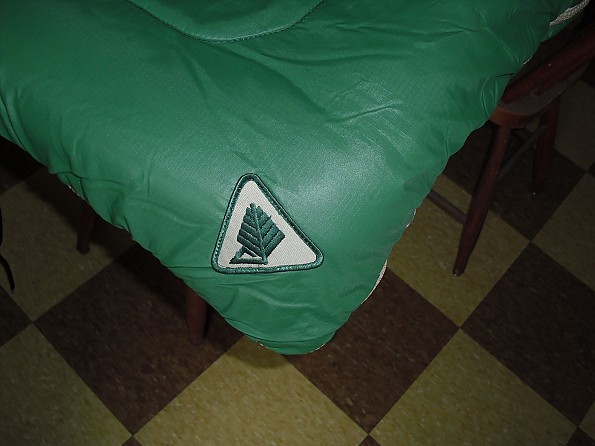 Hillary Tents, I believe. I remember seeing this brand of tents by the thousands back in my scouting days (70's-80's)... It was a brand that was in cahoots with Sears, I believe. 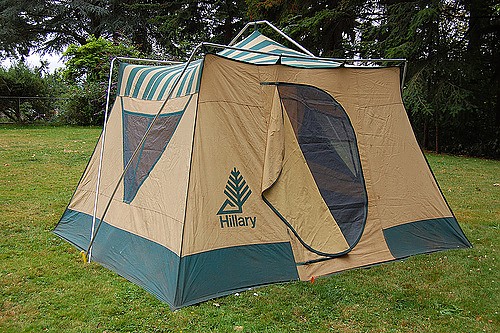 Yes Hillary is the brand name Sears used for their tents and sleeping bags.

(note made for Sears not by Sears)

Named after Sir Edmond Hillary, a consultant for Sears.

My Uncle was a vice-president in sporting goods for Sears During the 70's.  Sears had several big stars signed up to market stuff.  I remember he went camping with Hillary equipment and Sir Edmund Hillary himself in the Bridger and Teton NF and they did Devils's Tower together as well.  I still have a primitive down coat Hillary gave me when they stopped by our Colorado home.  He would fish with Ted Williams, who had become a big fisherman after baseball and was the celebrity for Sears' fishing line.  I doubt this stuff goes on much these days but these guys wanted to know if they had their name on it that it worked.

Thanks to all of you very much,

More Topics
This forum: Older: Re: Mountain Hardwear Ozonic 65 OutDry Backpack Newer: KITCHEN GEAR
All forums: Older: Who's been naughty? Newer: An experianced Hiker lost their life in the Whites

Topic: Does anyone know this brand Logo?