In my younger hammock overnight days, I used a basic tarp with corner grommets, one line strung overhead, and guy lines.  Is it worth the fairly significant cost to get one of the branded/dedicated tarps? 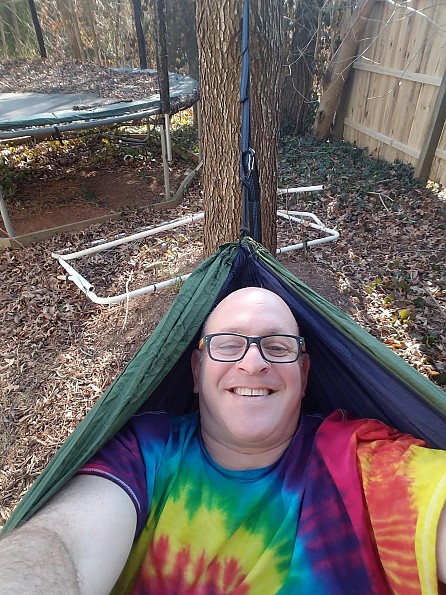 Yes they fit the hammock weigh less attachments are in the right place therefore allowing for different and more versital angles and much less noisy that the standard wallys brands plus they stay in place with the added attachement places although y can always create your own with a rock and some cordage.

2nd answers they might be if your going to use them every time but I say hell no quite offen the tarps cost more than a whole setup who can explain that?

ive mixed feelings on the subject as you can see and over all I use a combination of both however for the hammock I say yes. I'm real proud of the one that came with my Clark Jungle hammock it is absolutely great. And I'm very interested and planning on getting one of the Warbonnet tarps, with the door enclosures. To help those sideways rain storms.

Keep an eye out on the discount sites like Campmor, and you can sometimes score a good price.

For a hammock, you need a tarp that is relatively long i.e. min 11', but not necessarily so wide, especially at the ends (why hex shapes are popular.)  This is long for a normal camping tarp, unless stretched on the diagonal i.e. a 10x10 on the diagonal is long enough.  In the silnylon or silpoly fabrics, a dedicated hammock tarp can pack up pretty small and light.  You can get a silnylon Tadpole tarp for under $100.

Depends on whether or not you're using one to backpack with. The "expensive" tarps made for hammocking (or simply ultralight backpacking) are very versatile in the way they can be configured, weigh less than a "standard" tarp from a big box, and tend to be more durable. They're also treated for UV resistance

The biggest issue with a "blue" tarp is that it comes in sizes that aren't really made for use with a hammock. If you're hammock is 9' long a 10' tarp is recommended to give full coverage. Longer hammock, longer tarp ridgeline. With the "blue" tarps, the longer (bigger) the dimensions, the heavier they get. For instance, I've got a 10 x 8 tarp that weighs only 11 ounces and a 12 x 10 that weighs 15. I've also got a 12 x 10 that weighs 19.5 but it has "doors". And that's another problem with "blue" tarps. You can't easily configure them to provide closed end coverage in the event of slanting rain coming at one end of your setup. A cottage made tarp can come with "doors" or without, and you can get a set of doors from 2QZQ, but they won't work with the "blue" tarps.

Are the cottage tarps expensive? Yes in comparison to ones you can get at Wally World. Are they worth it? IMHO yes. Know though that you can get a really decent tarp for anywhere from ~$60 up to ~$400 (for a cuben fiber tarp). Most will run around the $120 mark.

Yes it is. I would strongly recommend Warbonnet Outdoors. I have had two of their tarps for years now and they are awesome. They are silnylon so not overly expensive. Think the biggest model with doors and pullouts is $135. The smallest bare bones is $75. I have each, the Superfly and the Edge. Superfly is my known bad weather tarp as well as my winter tarp. Edge all other times.

Andrew Clark Jungle Hammock has a Vertex a sil-nylon 10 x 10.5 at 18oz for $99 that you might want to look at. I've had good success with mine however I would not use it for a ground sheet but otherwise it fits the bill of what a tarp should  be able to do. FYI