I am taking my girlfriend to Alaska next summer, for about three weeks. She is not been to Alaska and is not particularly outdoorsy. None the less there will be a bunch of day trips where I want her to be comfortable. Thus, I am looking for recommendations for a woman's boot that is waterproof and light in weight, yet can handle what we find in Alaska. Of course, I want to get this for her now so she is not breaking it in as the trip gets close, in time.

She like hiking shoes but for this trip, I think a boot is a good idea. I am thinking about something like a Lowa Renegade, Salomon Quest 4d or Keen Targhee. Thought? Thanks for the input.

Be a lot more specific about intended activities.  Foot ware will be contingent upon the specifics of your trip.  Alaska is WAY huge, and day trips can vary from trail walks to glacier travel.  What terrain (e.g. flat or mountainous, dry of swampy) and what shape the route (e.g. maintained trails, cross country over rough terrain, river beds, sedges, etc).  Did you also consider rain gear and the means to defend yourself against the formidable AAF (Alaskan Air Force aka mosquitoes).  Based on your bio you should be able to answer these questions, and determine if a shoe or boots is appropriate.

What Ed said is a good start.

First thing to know is that Alaska is HUGE!!! maybe even beyond what Ed said.  If you look on a good globe of the Earth, then compare the size of Alaska to the lower 48 - this will give a good 1st comparison.

I have spent a fair amount of time in AK, though mostly on Denali and a couple weeks in spring with a dog team.

Your comment that your girlfriend is "not particularly outdoorsy" waves a bit of a red flag.

After I spent 4 months of summers to summit Denali, my wife Barbara, who IS outdoorsy, demanded to be taken to where I had been spending time. First couple of days there, we stayed in a hostel in Fairbanks (I would recommend it, except that the wonderful lady who owned it moved elsewhere a year after we were there). We rented a car to go south to Homer where we took a small plane over to Katmai. The Katmai stop was supposed to be just an 8 hour stop with a bit of watching the wildlife. 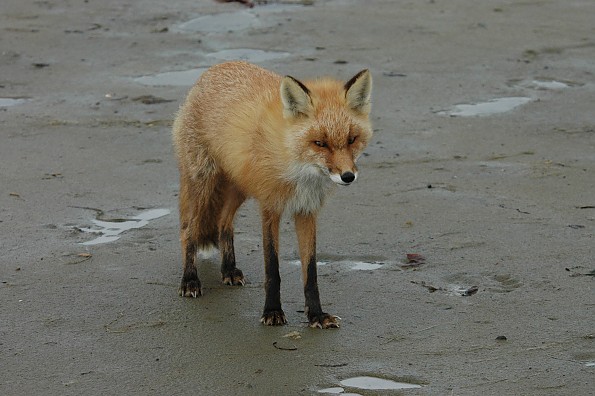 We were greeted by this nice lady. 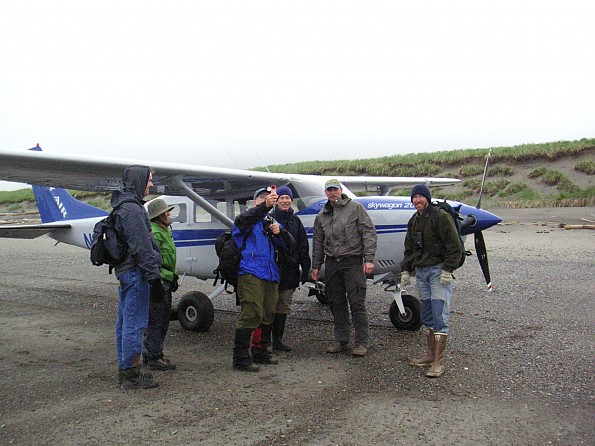 This was our plane. Unfortunately (well, Barbara and I considered it fortunately), the weather was down, so we had to stay there until late the next day.

After we returned to Anchorage, we took our rental car to drive north to Talkeetna where we arranged for TAT (Talkeetna Air Taxi, run by a friend of ours) to fly us up to Kahiltna International Airport (well, it isn't really an international airport, but it is the start point for most of the Denali climbs) We stayed there a couple days and did a bit of hiking on the glacier (yes, we had our harnesses, ice axes, and ropes - there are big crevasses there). 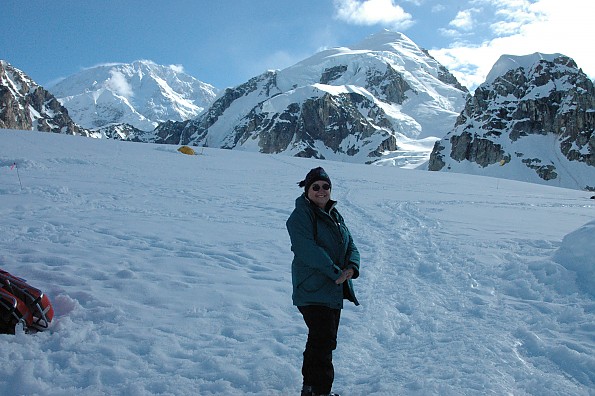 Barbara, with Denali in the background -

Then we returned to Talkeetna and drove up to Fairbanks. With the help of a friend at the University, we rented a car that was outfitted for the Alaska Highway (aka the Parks highway, which parallels the Alaska Pipeline). We drove a few miles north of Coldfoot (at the edge of the Brooks Range).

After a few more days we drove back to Anchortown and flew home.

I will dig out the Dog sled excursion later.

A different part of Alaska and a different time of year - 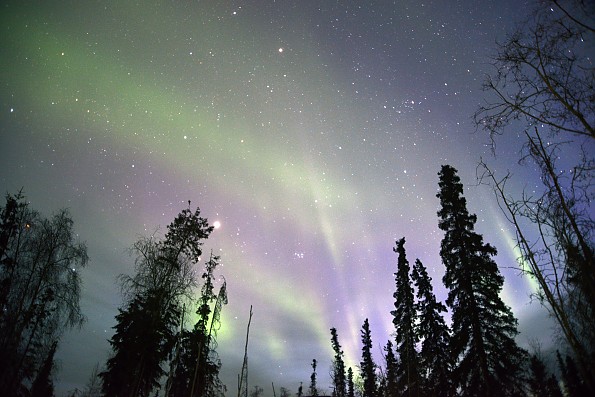 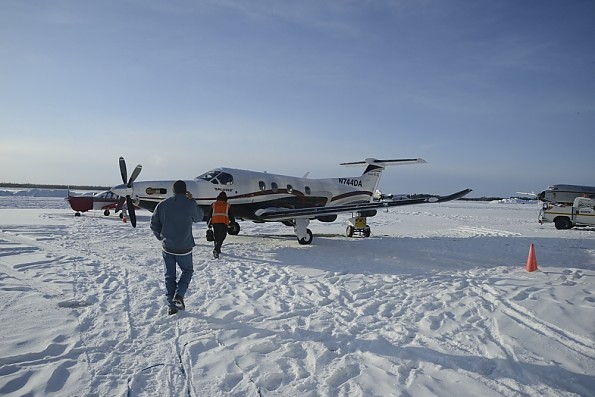 On this trip (2013) we flew first to Fairbanks, then hopped over to Eagle. Eagle is near the Canadian Border and is unaccessible by car in the winter. 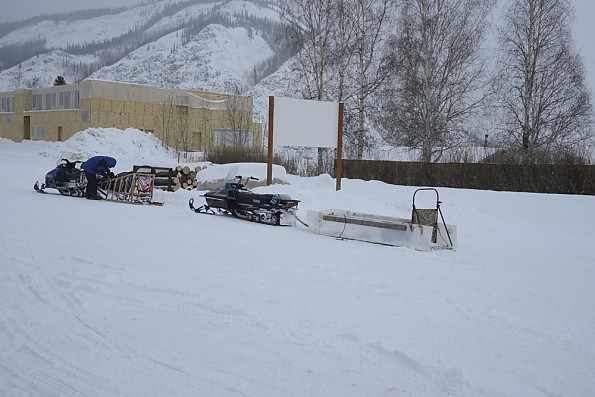 We were taken via snowmobiles to our base camp. 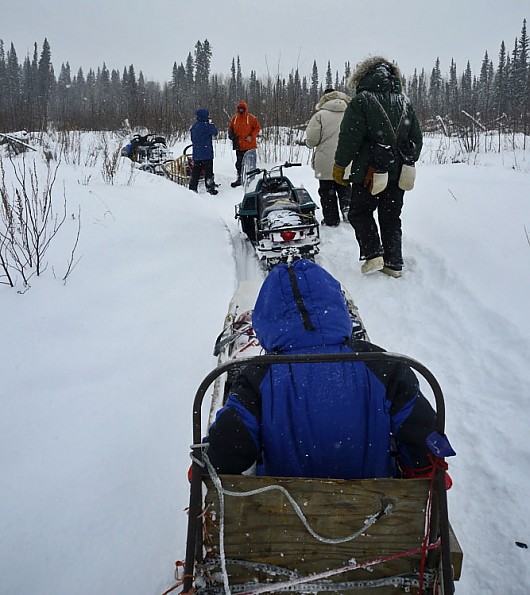 Right after arriving at the camp, we met our dogs and started learning to handle the dogs - Yes, Barbara and I each had our own teams. You do learn quickly which way is GEE and which way is HAW, plus how to stop and go by saying Go and Whoa (there is a very subtle difference  that you quickly learn to do the differing tonality and how to shift it). 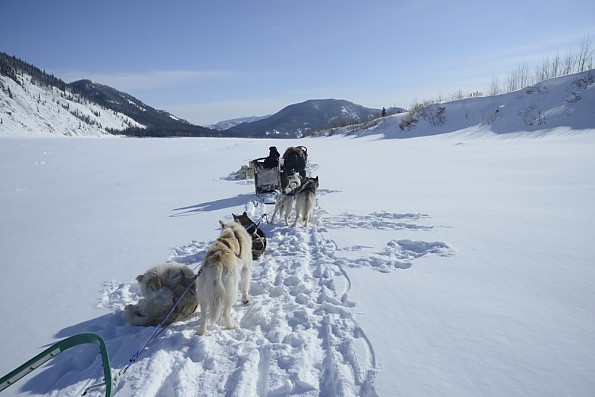 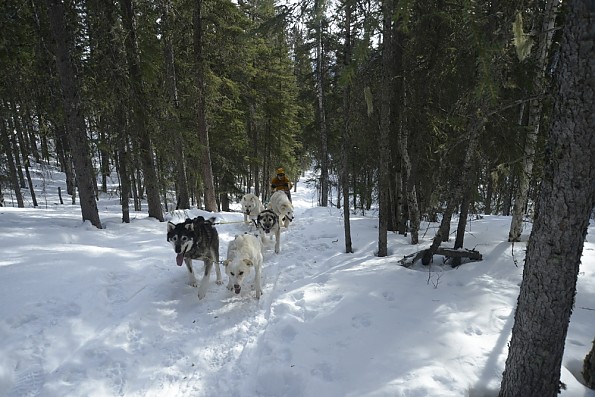 My team and me headed up the hill 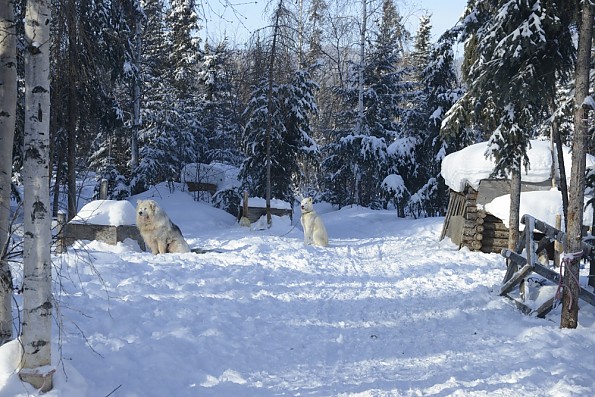 One of the overnight stops at a cabin 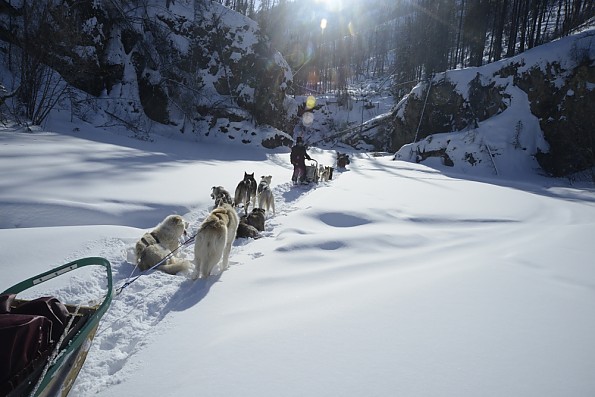 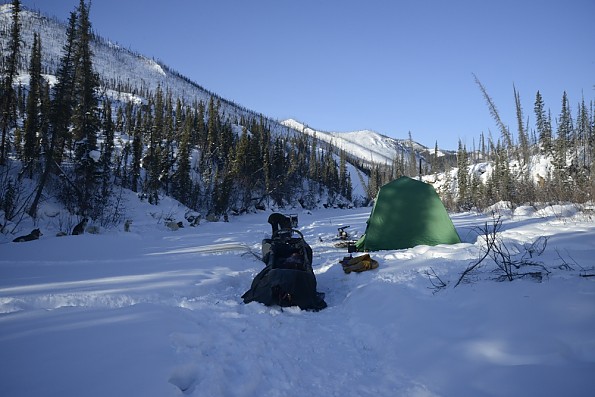 Overnight in the "hot tent" 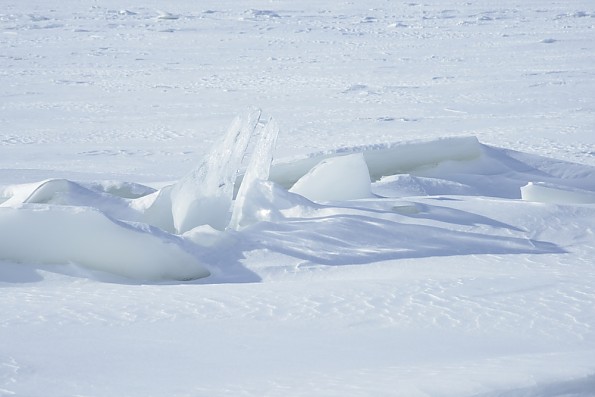 Ice formations on the Yukon River 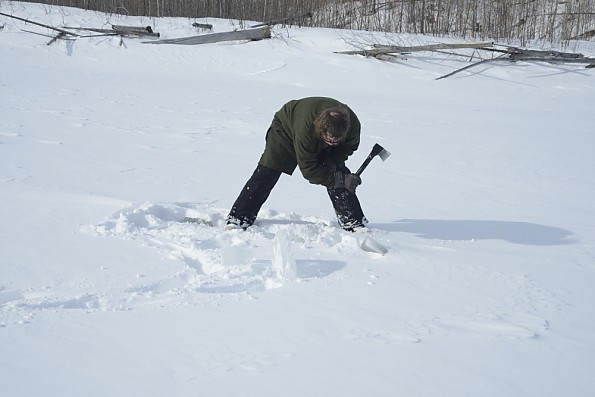 This is how you get your drinking and cooking water 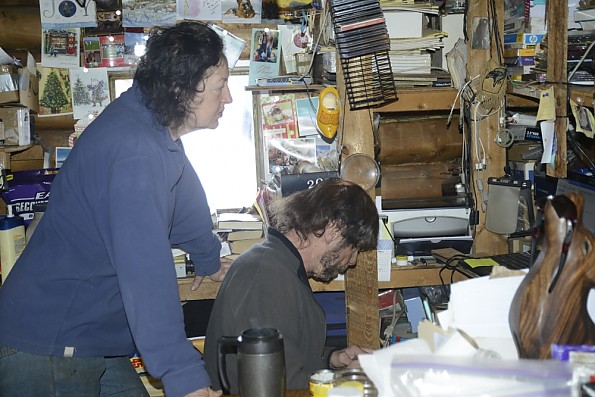 Our hosts - Great people, and they live year around out in the bush. Yes, wifi is available at base, and radios are carried out in the field..

We had to wait a day for the plane back to Fairbanks, plus an extra night in Fairbanks. Then a flight to Anchortown and a flight back to San Francisco.

The name of the Bush Alaska Expeditions company has changed, but it is still run by Wayne and Scarlet Hall.

Back on topic about boots -

As Ed indicated, it really depends on what you will be doing and at what time of year.

1. If you are hiking trails in summer around Anchorage (often called "Anchortown" by the locals), or other locations in the southern part of Alaska, sneakers are just fine. They are ok in Talkeetna in summer as well

2. If you are in slightly snowy regions, you better consider a full-grain leather with a good lug sole PLUS good gaiters

3. If you are going mushing (dog sleds and soft deep snow), I suggest Baffin boots

As Ed noted, Alaska has LOTS of mosquitoes. In fact, (legend has it) during WWII, the military experimented with cross-breeding various of the 18 species of mosquitoes with B-29s. The result is HUGE mosquitoes which look like medium size birds. They also fly in formation to dive on all parts of your flesh which might be exposed, or even stick their snouts through the clothes. (the 18 species is correct, no joking).

A lot of the places people like to visit in Alaska are wet.  Some people think rubber boots are the right answer, some like hiking boots with a Goretex lining and some just like leather boots.  It all depends on your point of view.  It is kind of like the rain wear discussion.  Rubber boots are guaranteed to be uncomfortable for walking and trap your sweat.  Lined boots are water proof except for sweat and any water that gets in can't get out.  I wore leather logging boots and two pairs of wool socks. We had to ford rivers and creeks and it was always wet.

For south central AK or the Interior, moisture is less of an issue and you can wear any boots that you like for hiking at home.

From the three you have listed, I would recommend The Quest 4D GTX first, the Lowa Renegade second, and then The Targhee last. I personally own and still wear the Quest, and it's my favorite hiking boot to date. Really shapes to your feet, and provides a great fit. And for how much of a powerhouse it is, it is very light and very waterproof. I often cross rivers fully with water covering the boot well, but come up dry. The Lowa Renegade looks to have a solid leather construction that makes them bomb proof, but heavier. Can't say too much of them since I haven't owned them.

Working in retail steers me away from cheaper Keens or any sort of cheaper hiking shoe. Yes, they work great for the monthly hiker who takes on a 5-mile trail. But for Alaska? Heck no. I've seen too many Targhee hikers come back with defects in the soles, construction, waterproofing, etc. If you really like Keen, look at the Durands. After owning those, I can say they have some of the most comfortable soles and are durable and pretty waterproof.

Most important thing is fit. You could have the best boot on the market but if it doesn't fit well, then it's useless.