i'm mostly a hammock lounger/reader, but i'm thinking about overnighting and considering how to keep the rain off. i have seen there are a variety of tarp set-ups that cost a bit - 80-140 bucks - and wondering whether anyone uses a simpler and cheaper setup successfully (as in, get a 10x8 woven poly tarp with grommets for 10 bucks, get some lengths of 3mm utility cord for guy lines). I'm using an ENO doublenest.

Andrew haven’t tried that yet but UST Brands makes a very durable hex tarp for about $40 that’s around 9ft long that I use with my ENO double nest. But it’s really not long enough or I’m not doing something right. And it’s almost 2lbs. And they make another one for $30 that’s 8ft 6in

Its my xtra tarp. And very trustworthy but the stuff sack sucks. If I were you , since I believe you said before that your relatively tall, I’d invest in something like the one that came with my Clark Jungle Hammock. I ordered their largest (vertex)at 10ft 6in  x 10ftand it so far 5year? Has been fantastic in every aspect. Great coverage area. But it is just as you said in that range $99 last time I looked

if 5 foot 9 is tall.....the hammock is about 9 1/2 feet long, so I would probably opt for a 10x8 tarp. I would definitely be sacrificing weight and packability with an inexpensive solution, for sure.

For a low cost solution keep an eye on woot.com or other sites for the Yukon Outfitters Walkabout Rainfly. It's a diamond shaped tarp that's a breeze to setup and can normally be found for $20 when it's on sale. $40 normal price. I've got two of them and they're great tarps. I bought them so I'd have extra tarps when my kids come out with me, but have used them myself many times. I've got a couple of big hex tarps with doors, but I've found that I really like the simpler tarps. My current favorite is an asym tarp I made using a pattern I found online.

Andrew...I have heard good things about these:

Good find. That's basically the same tarp as the walkabout without having to try and find it on sale. His setup video at the amazon link is a bit whacky.

I used RipStopbytheRoll and made my own tarp set up. It is great and light weight. I tried a cheap light weight tarp from Wal-Mart before and it just wasn't big enough. The one I made is basically a 4 season tarp and is large enough to be used as a floorless tent if need be.

For $20 it gets you good coverage for a few bucks more than you would spend for something disposable. The fact that is poly means it absorbs less water + less saggy + less stretchy...more sun friendly too...but over a hammock that doesn't usually mean much because of tree cover.

I invested in a couple of nice tarps that have proven to be worth the money, but only after testing with cheaper options to be sure I'd use them.

I used the generic, cheap, blue, plastic tarps for initial testing when I was deciding whether hammocks would work for me. Did the same this Summer for my daughter as she has started trying hammocks out. They won't last long before they get holes due to friction in the pack, but work well for a few nights. She survived an all night downpour under one in June.

Another cheap, but functional option, is the window film tarp. You'll often see it described as polycro. Being from the NE you probably know what I'm talking about. I made a tarp using a large piece and a roll of Gorilla tape. Tape goes around the edge and is used to make tie outs. Washer inside the tape acts as a grommet. This was very functional, but the clear nature of it meant you get no privacy when camping with others. Very light though!

I swear by el cheapo poly tarps. The biggest problems with them are that A) they aren't cheap, anymore, and 2) it's really hard to find very lightweight ones that aren't blue.

I have a couple older ones from REI in a nice light green color, but they are going to eventually wear out, and I've never been able to find any others as light or in a pleasant a color.

I'm going to do an experiment with cutting down larger poly tarps to see how well they hold up, because in my experience, the grommets, rope, and plastic corner reinforcements are useless and only add more weight. The grommets tear through too easily, necessitating the use of tarp clips, so why bother with carrying the weight of grommets when I need to carry tarp clips, anyway? 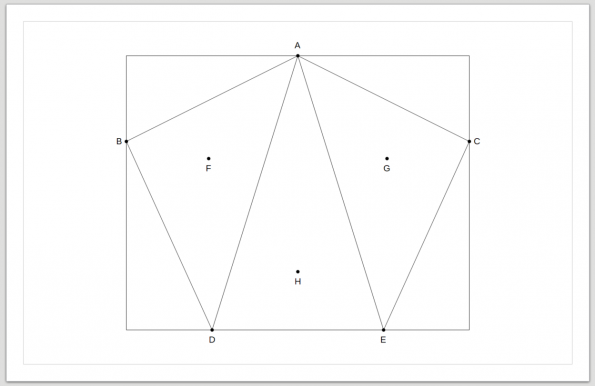 The other great thing about using a standard 8x10 or 9x12 poly tarp is that, if you like, you can also pitch it as a tarp tent. You can do it with one pole, two poles, or no poles, if you have a handy tree nearby. 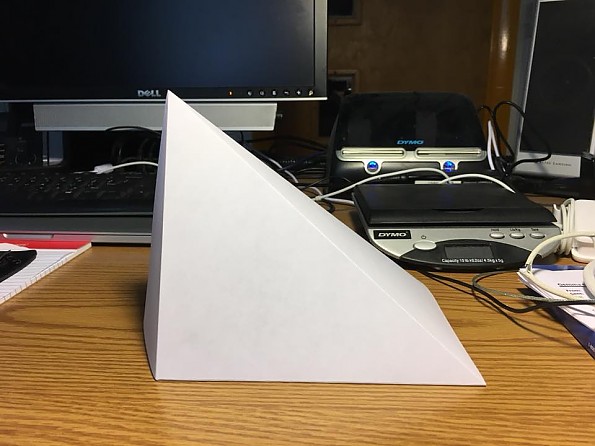 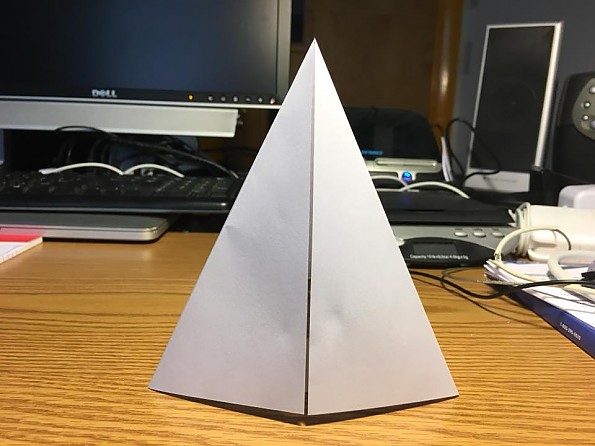 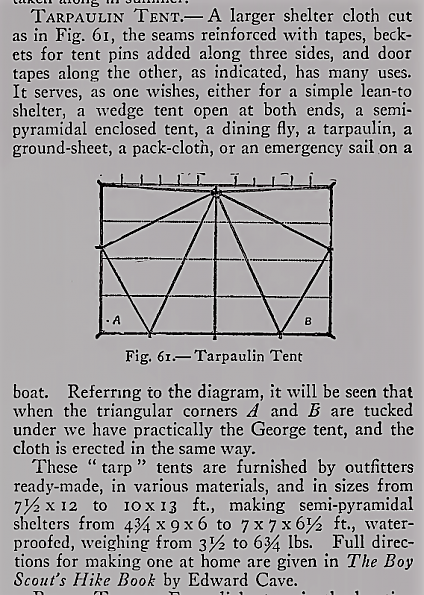 More Topics
This forum: Older: Wind protection: weight vs. function. Newer: What is the best way to keep Bear's and rodents from your Tent and Backpack/Panniers?
All forums: Older: Wind River High Route- Skurka Version Newer: Breakfast without cookware