Today we took the Flat River.  We put in and took out at historic covered bridges: White's Bridge upriver, Fallasburg Bridge downriver.  We took pup with us and my wife is ~ 6 months pregnant, so the easy-going nature of this paddle suited us perfectly today.

I can't believe I didn't think to snap a photo of the bridge we put in under. 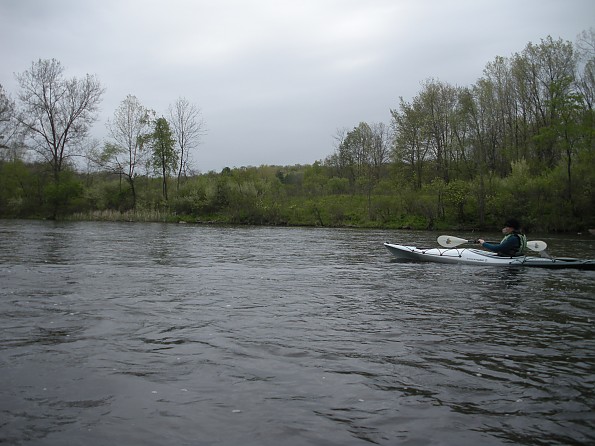 Shallow enough in several places for pup to stand and run on the bottom: 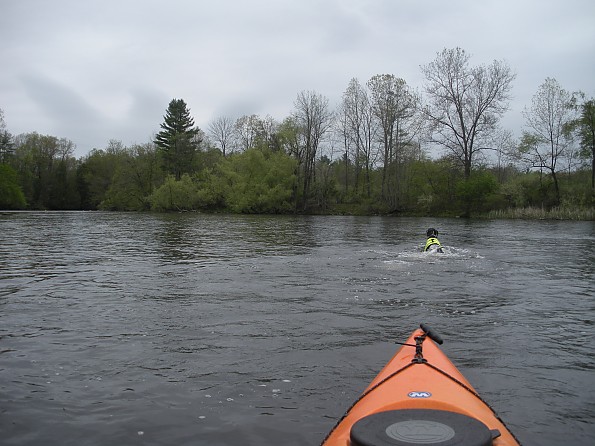 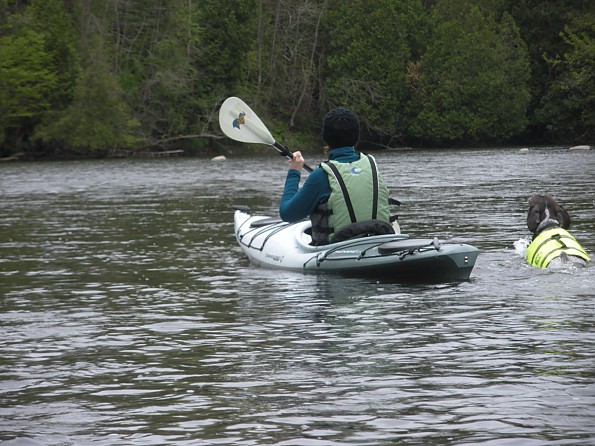 Somebody has a nice little hangout on the river: 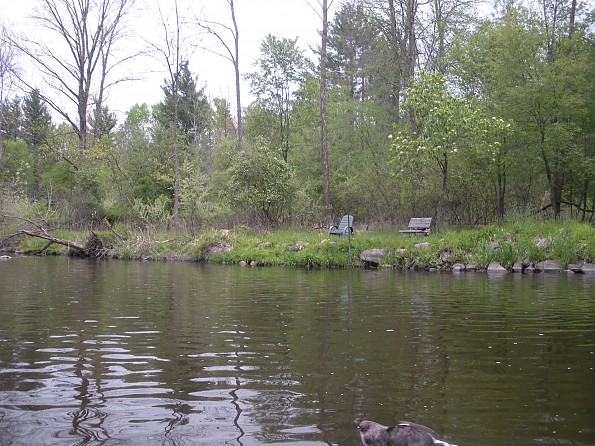 Our dog has to be in front.  The entire time.  He can't stand it when he is even a few yards behind us and he whines like he thinks we are leaving him. 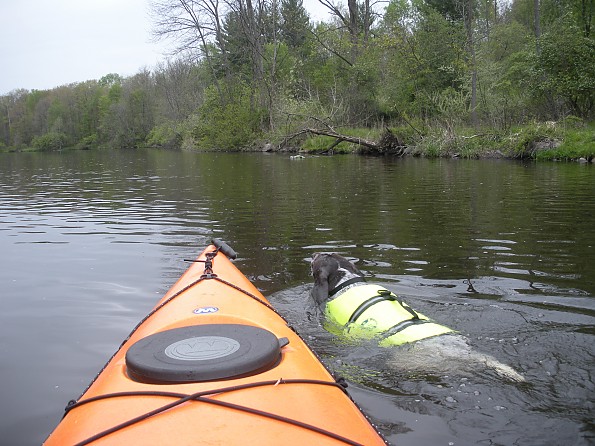 Pretty secluded stretch of river.  I think we probably saw a total of 4 houses over the course of 2 hours: 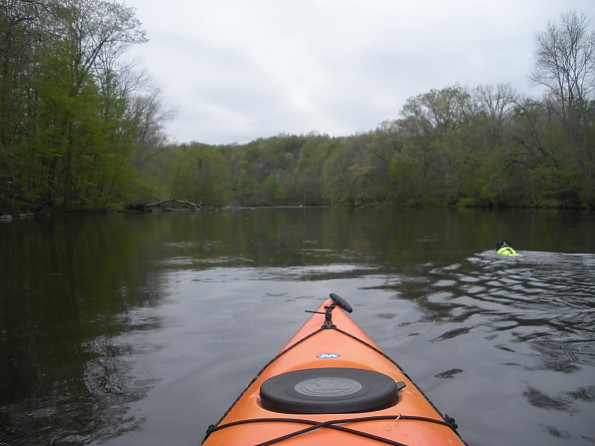 Conifers and Deciduous trees growing together: 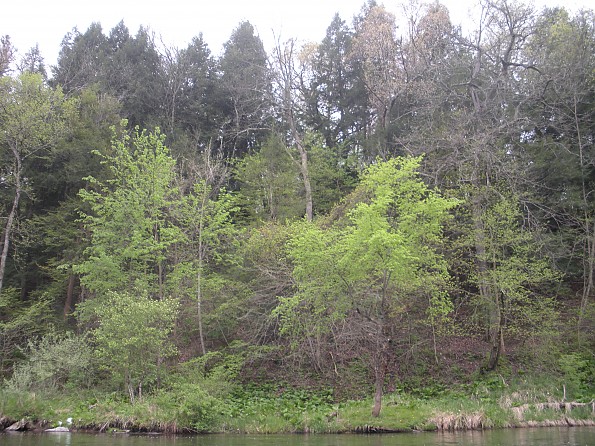 I don't know what this bird is, definitely a raptor of some sort.  He didn't budge as we passed. 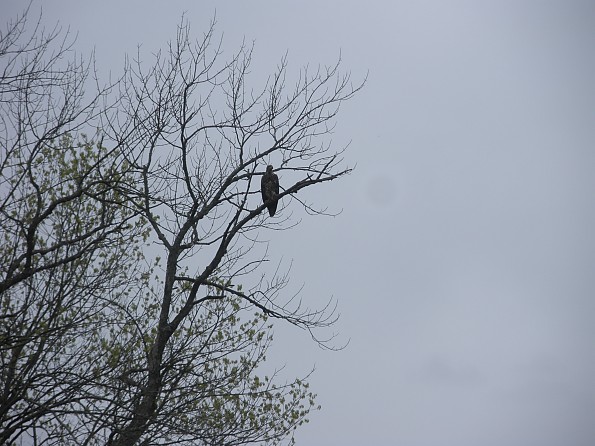 Zoom photo.  Can anyone ID this fella?  That is the best image I can get: 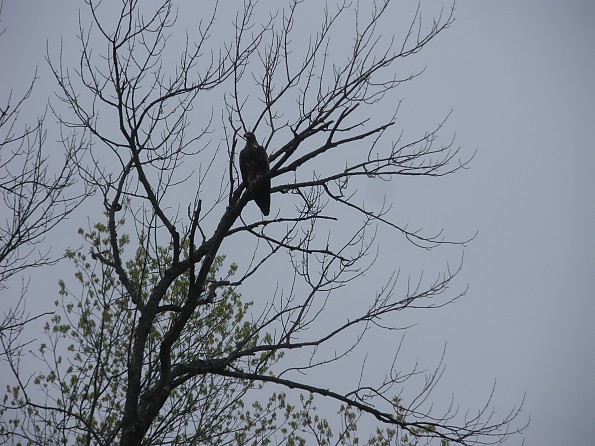 If you are starting to feel like this is less of a trip report and more me showing off my dog, well, you would be correct.  FYI greatest dog ever.  Maybe I'm biased: 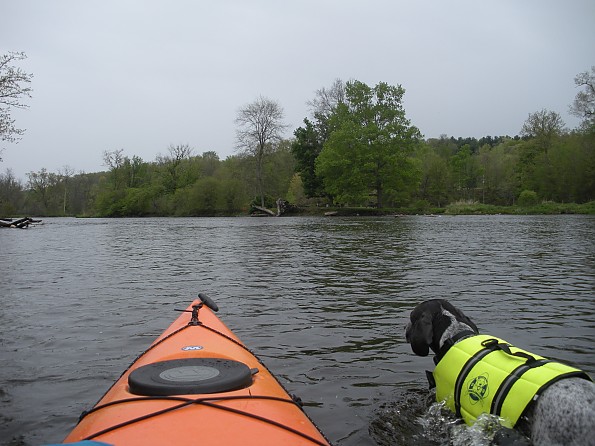 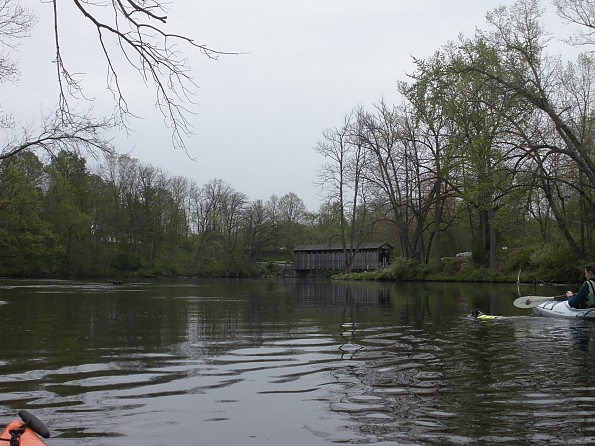 Not a bad trip.  I like to get at least 3 hours of paddling in if I go, but sometimes you only have a couple hours to get away.  Always worth it.

What kind of Kayak are you paddling? it looks like a perception Carolina. oh and awesome dog too. How far can he swim on average?

sometimes all you need to calm down after a tough week or month is a lazy day on the river.

Wilderness Systems Tsunami 125.  The furthest my dog has gone in a day on the river is 20 miles.  I wouldn't want to push him to his limit; Shorthairs will go until they die if it means pleasing their masters.

Looks like you have a good friend with you

Looks like a juvenile bald eagle.  Trip looks like great fun!  I have yet to go out in my canoe and get skunked to see an eagle :D