TS on the Colorado River

Awesome, Jason! I hope you had a blast!

I have a friend in Utah who is doing a 30 day raft trip down from Lees Ferry to Diamond Creek with 15 side canyon hikes along the way.

Check out Grand Canyon Hikers at Yahoo egroups, sometimes there are raft trips with cancellations looking for people fill the spaces. I almost did one 5 years ago on a geological trip.

Also a good read is called " River, One man's journey down the Colorado,source to sea" by the late Colin Fletcher. He paddled a raft 1700 miles, alone from the head of the Green River in Wyoming's Wind River Range all the way do into Utah where he flowed into the Colorado River and then all the way down to Mexico. He was on the rivers 3 months. The last 100 miles he had to hike because the Colorado is no more, used up by irrigation. In Wyoming he hiked the first section from the snow melt peak the river starts on, to where below Green River Lakes he could start paddling. 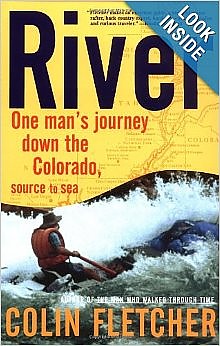 Another good read by Fletcher is called "The Man who walked through Time" when in 1963 before Glen Canyon Dam was completed he hiked the Grand Canyon from Havasupai to the head of Marble Canyon below Lees Ferry. Another 3 month journey. 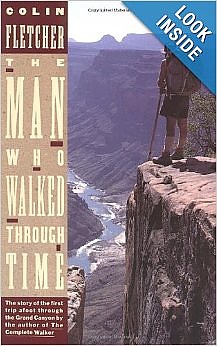 I have read both on many backpacking trips in the Grand Canyon.

Good books. I have always liked Colin Fletcher. His thinking is slightly out-dated now. But one of the great pioneers of backpacking that learned to be a decent boatman. His is very philosophical about being in the outdoors, which adds layers of understanding for most people.

Nice book suggestions Gary...I think Fletcher is one of the best outdoor authors...or it could be that I just like folks like him a lot:-)

Thanks Joseph and Ashleigh.  It was a really fun trip.  I am going to try and get a trip report with pictures posted soon.  Thanks for the book recommendation Gary and ppine.  I am definitely going to check them out.  The book I was reading on my river trip was called Tales of the Mountain Men.  I am fascinated by the men who first explored the west.  The trappers and mountain men came west well before Lewis and Clark did.