Only felt like a short bp trip from my yard, ended up hiking a couple hours, making it to Slate Creek CG.  Nice concrete picnic table to spread my stoves and cooking stuff out on.  Used my Enlightened Equipment 30F quilt, a little cool in it at the next mornings 26F.  I can see this is only going to be a middle of the summer quilt, no shoulder seasons as I even had on cotton blend long johns and my wool shirt with a down balaclava.  I maybe should have use the straps for the bottom.

Since I collect stoves, the two I took on this trip were a Primus 97, similar to the 96, but with a larger tank that uses kerosene.  Also had an old Optimus 8, from the 40's maybe which uses Coleman fuel/white gas.  It could be a 8F, not sure as it does have the larger diameter "pipe" from the tank to the burner. 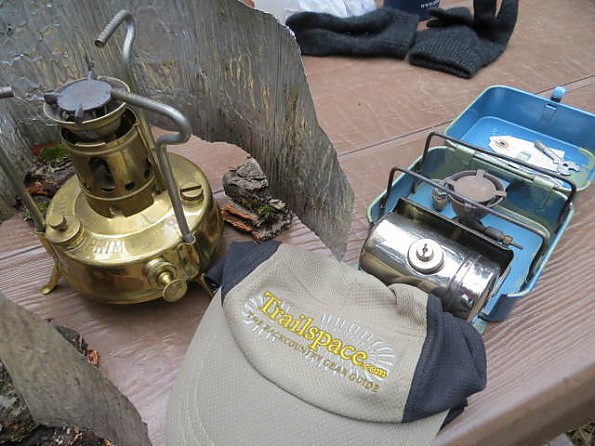 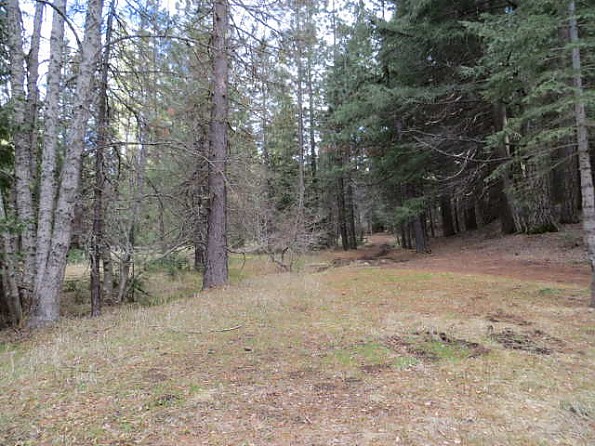 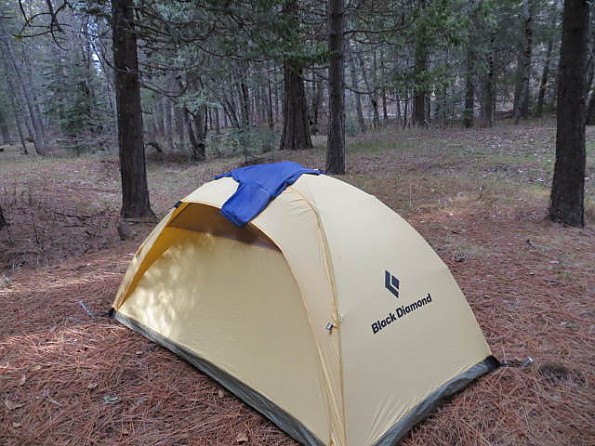 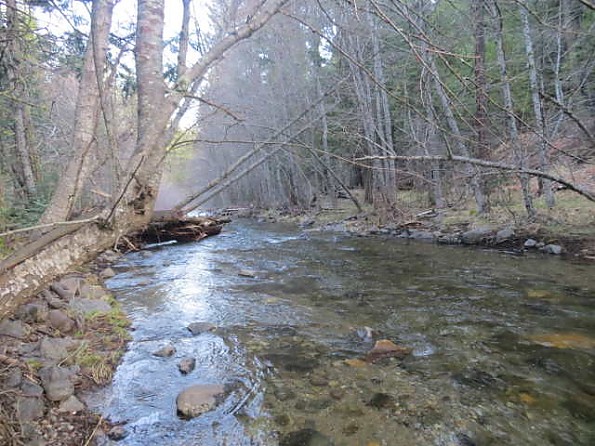 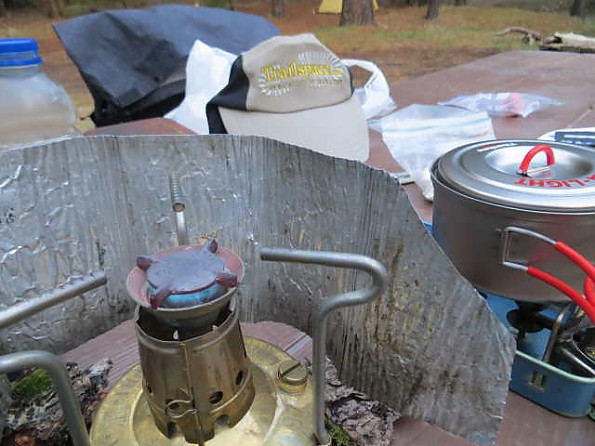 Great pictures! It's an honor to see a Trailspace hat near such cool stoves.

Neat pics!!  Thanks for sharing.

Thank you both.  Sorry Seth for the lame report, I'll get somewhere soon.

I have over 100 stoves, so it's hard to get them all out.  I was going to do a selfie, but shot a creek pic instead.   Much, much prettier.

Nothing lame about it Duane! It's a gorgeous picture, and those stoves look impeccably maintained!

Duane, hello from the Pacific Northwest. You are correct about the 1940ish 8 f. Chrome tank, slotted fuel cap. Good time and thanks for bringing us along!

I'm not sure when they switched from the older, more flat caps, I have one of the older ones with the old style cap and passed along another old 8 to someone else before realizing it was better shape than the one I was keeping.  Oh well.  I have 10 of the 8/8R's, going back to the mid to late 30's and the more newer one from the 70's, that one having been fired just a few times.  I have a few stoves from my collection that go back to the early 20's is all and a few from 30's, then onward from there.  I've emailed the real expert, Alexander from Acme Auctions a few times, quick to reply.

Thank you for the interest.