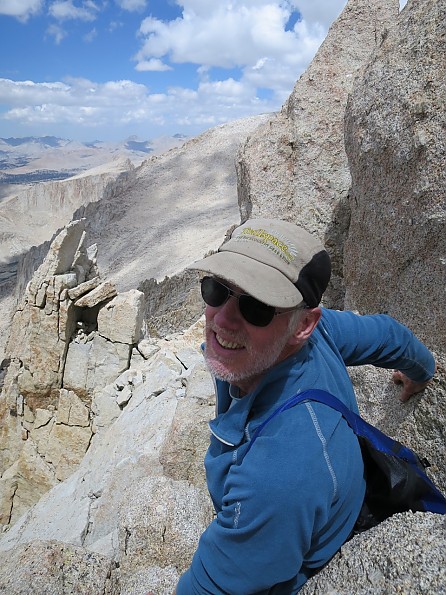 Nice!  Looks like great weather too.  I've heard there's been some pretty wild weather up there this summer.  A colleague had to turn back from a summit hike due to snow and ice, and apparently there have been some epic thunder and hail storms.

Great picture Richard! Thanks for sharing!

Great picture! Looks like you had a great day for the summit.

We got over all the passes dry by starting early but had to deal with afternoon rain & hail on several days. Summited Whitney 2 days before the first snow hit. Basically we managed to dodge the worst of it...