Trailspace makes an appearance in this Photo Sphere I made with Photo Sphere Camera.  See if you can find it :).

Interesting app. And yes, I found the Trailspace appearance, though I did have to look really hard at it.

Enjoyed tracking your inReach route. Ya shoulda told me you were going. I would have gone, too, though I would have branched off at 3rd Lake to Sam Mack.

OGBO, yeah, it looks like Photo Sphere should work on the iPad 3, or there's an Android version you could put on one of your other devices.

The trip this past week was pretty much a last minute decision.  I was on a week of vacation, spent the first part of it working on a some personal projects, and finally got to take off.  I didn't have time to really research where to go, so even when I got to the RS for my permit I discussed a few options with the ranger before deciding.

Sam Mack meadow wasn't right for me on this trip, but it's on my bucket list now.  I don't regret going where I did though - here's a sample from Sixth Lake ... 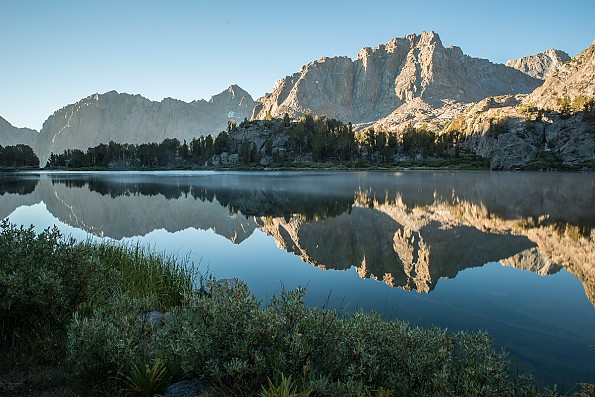 Found it Bill. Beautiful photo above and really neat Photo Sphere app. Thanks for sharing.

Anyway thanks KiwiKlimber, glad you liked it.