Top of Blood Mountain on the AT 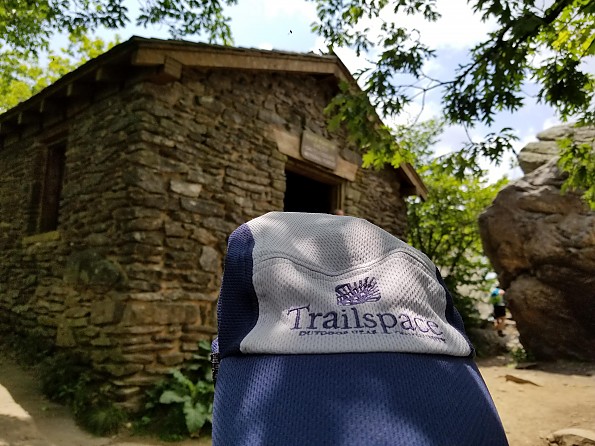 I've heard people talking about how hard the climb up there is but that hat doesn't look sweaty at all. Was it your spare for the hike down? :)

Nice! I hope it was a good hike. Looks like a pleasant day.

Didn't wear the hat, brought it "just in case" (and to take this photo). The trail is mostly shaded until close to the summit so didn't need sun protection.

It's a pretty steady uphill for almost 1,600 ft elevation gain over a little less than two miles from the Byron Reese trailhead parking, so an average almost 16% grade. The weather was nice, a lot of clouds with sun breaking through so it didn't get too warm, but the humidity was about 1,000%. 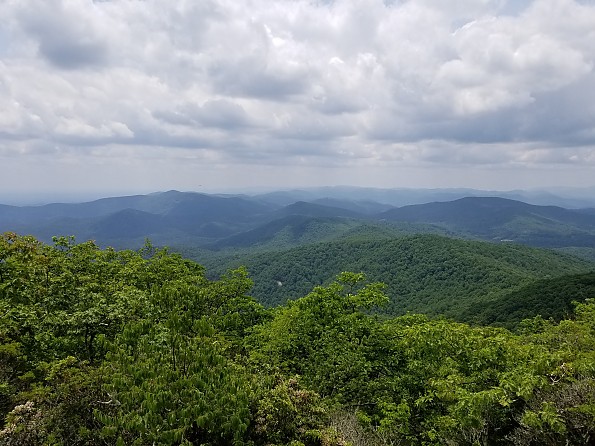 Flowers were in full glory (so was the poison ivy, which we averted): 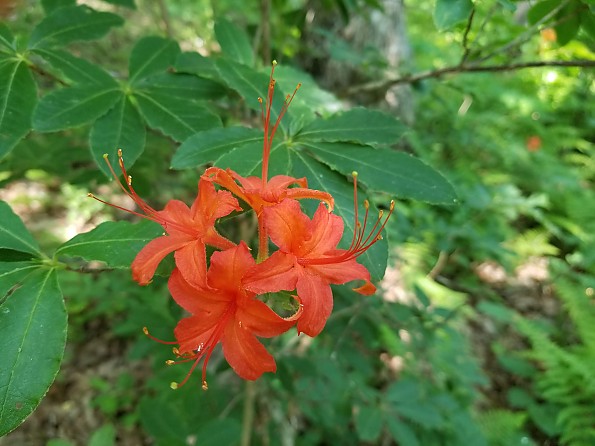 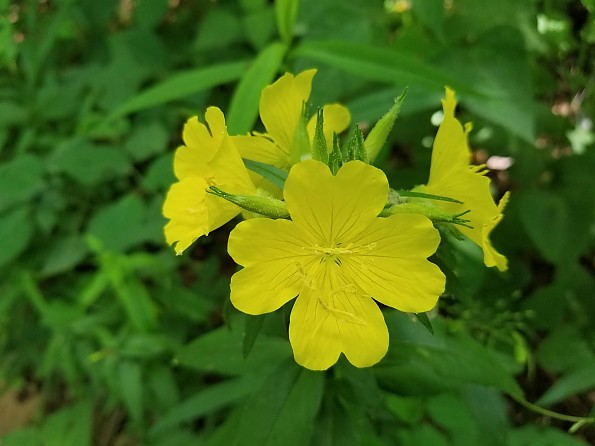 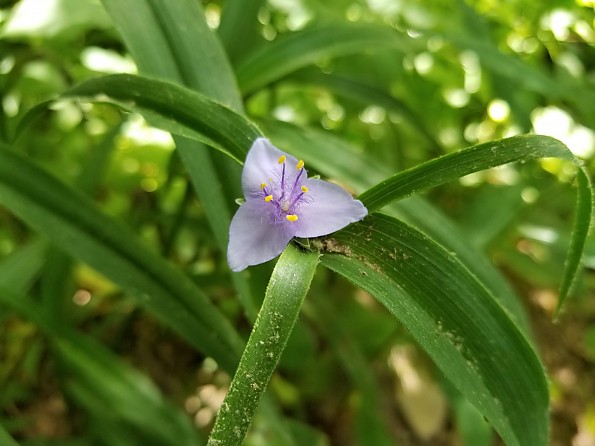 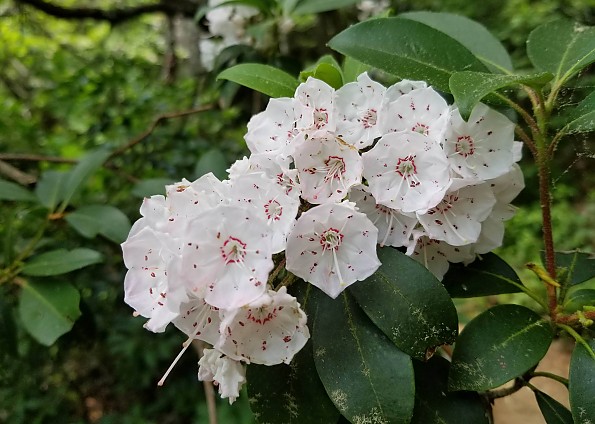 Great flower show! So nice to have pretty stuff to focus on instead of just looking at the mud.

I've been seeing a lot of AT hikers in videos complaining about getting up there. Are they taking the same trail you did or something harder? You sound like it was just a pleasant walk in the woods compared to their whining :)

If anything, they most likely had the easier grade. It gets confusing to talk about "north" and "south" on the trail here because it loops down in the opposite direction, so for a short stretch heading NOBO is heading due south, and so forth.

Most AT thru-hikers start in Ga and head NOBO, they can start in March or April that way whereas heading SOBO from Maine you can't start for another couple of months. So most thru-hikers are approaching Blood Mountain NOBO. So they are heading generally north as they get close to Blood, then as it ascends that side the trail is turning east, and after the summit the "NOBO" direction is due south before turning more east again.

Most dayhikers are approaching from the opposite side, which is a little shorter and steeper. The Byron Reece spur trail that connects the AT to parking just southeast of Blood (which is to say after Blood for NOBO thru hikers) is the closest approach. So, most thru hikers had the easier grade.

Maybe this map will help. I've crudely outlined the AT (red) and the dayhikers' approach trail (blue). You'll probably have to click on it to see it bigger in order to read it. 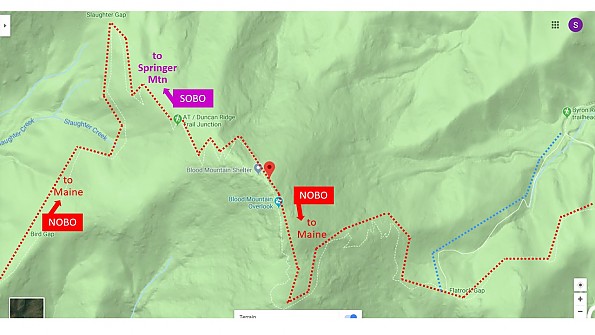 It's definitely strenuous, but to me it's everyday strenuous, not extraordinarily so that I would be whining about it specifically over some of the other ascents along the Ga AT. I once heard that on a state-by-state basis, Georgia has the second-toughest section of the AT. I don't know if that's true, but it's a hella lot of up and down in 88 miles.

We parked at Byron Reese but after going up Blood and back down the same way we continued further NOBO to camp.

Thanks for sharing those pictures, JR!

The day I went was off and on drizzle...But your pictures make up for what I saw...Love the flower shots.Thanks

I have fond memories of Blood Mountain, as I climbed it many times in my teens and early twenties living in Alpharetta.  Especially one trip when a friend and I had to scamper quickly for shelter as a massive lightning storm came in quickly as we were lollygagging around at the top after the climb.  Thanks for the memories.