Sunday Christmas day I bicycled to Gates Pass and went on a dayhike climbing some different points and sightseeing the area. 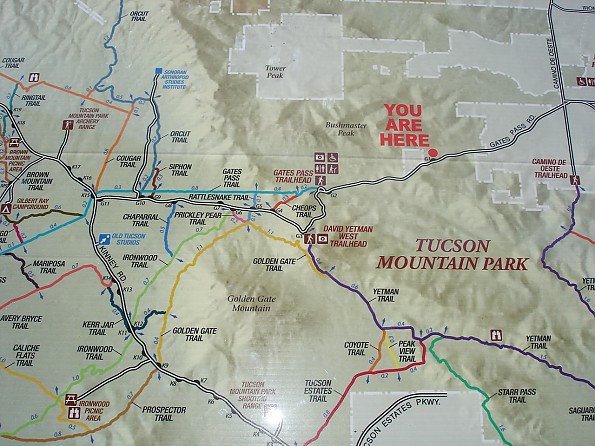 Tucson Mtn Park map. I was at the point shown "You are here" on my way to Gates Pass near the center of the map above. 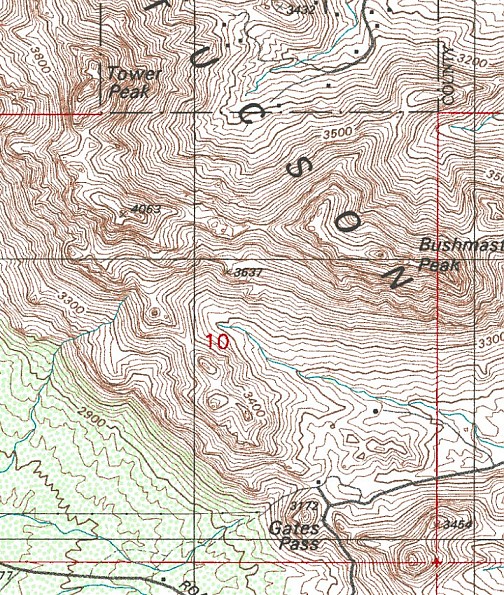 I rode my bike to Gates Pass on the lower part of this map and then day hiked to Tower peak along the ridgeline above and left of the pass. I came back down the saddle between Tower Peak and Bushmaster Peak and down the creekbed. I found the Tortiose shell in the dry creek bed(wash). 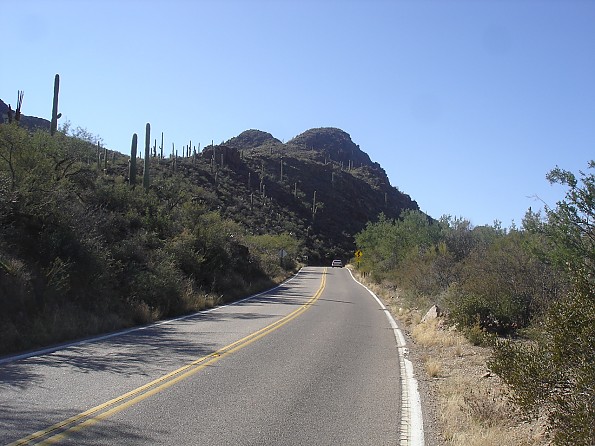 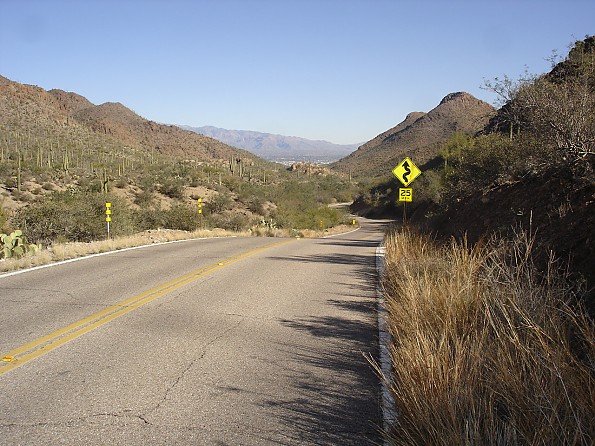 Looking back the way I came towards the Catalina Mtns with Tucson in the lower part of the saddle and the two unnamed peaks. 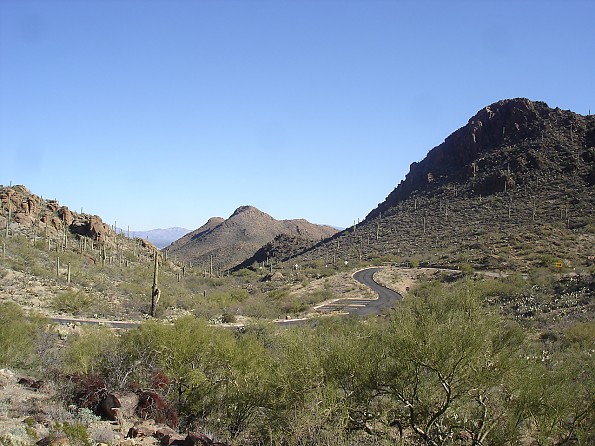 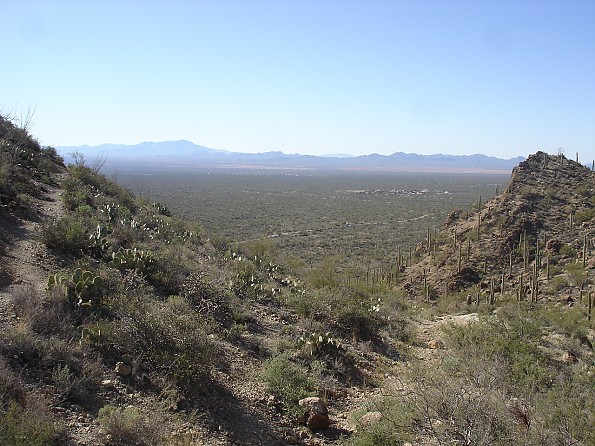 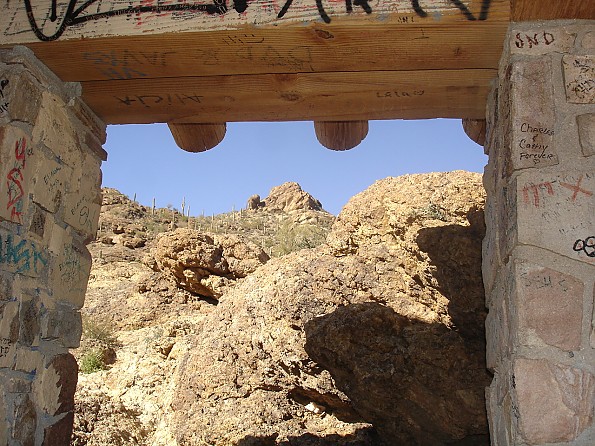 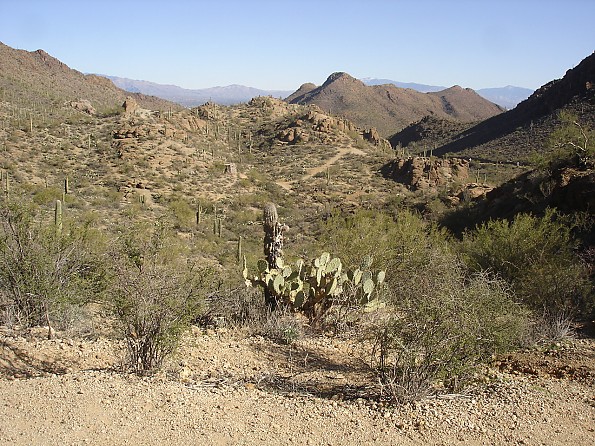 Cactus and the Rincon peaks in distance to the east 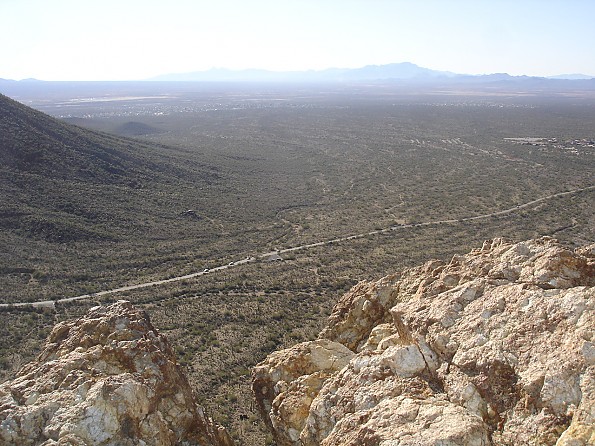 View west from Tower peaks with highway to Old Tucson below 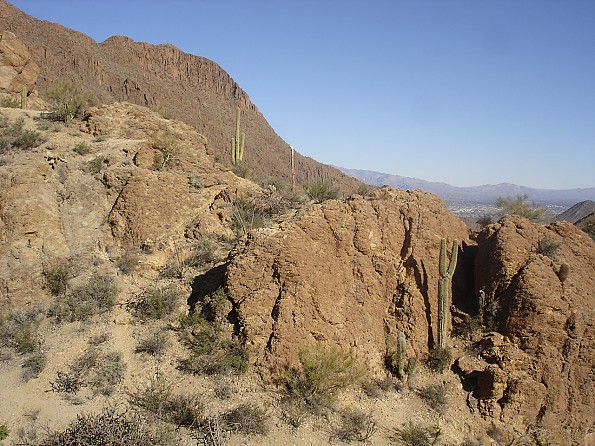 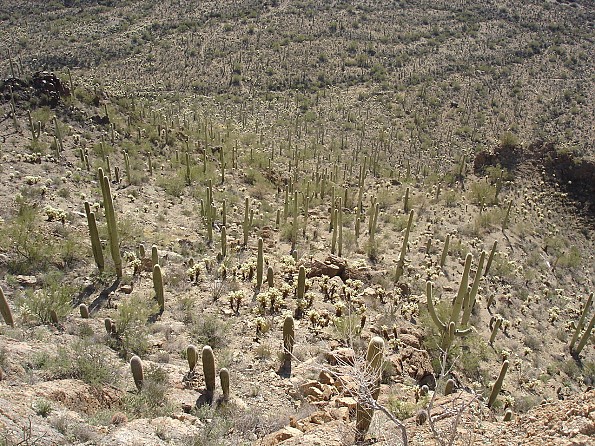 The area was surrounded by Saguaro forests 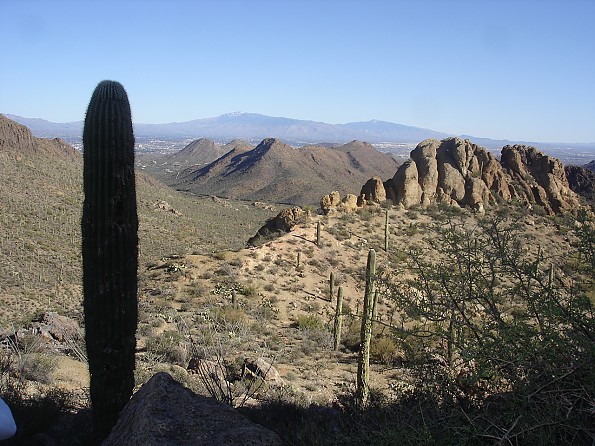 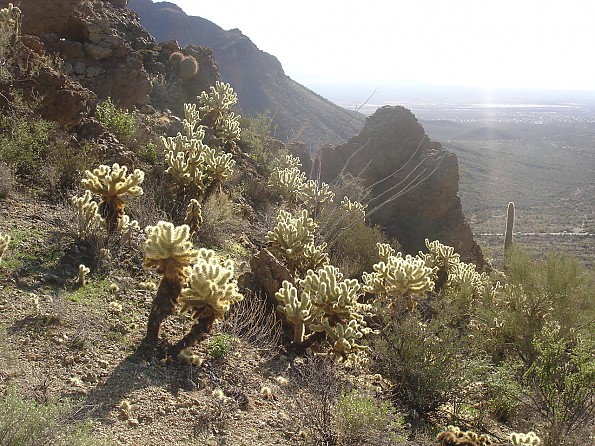 There were Cholla (jumping) cactus too 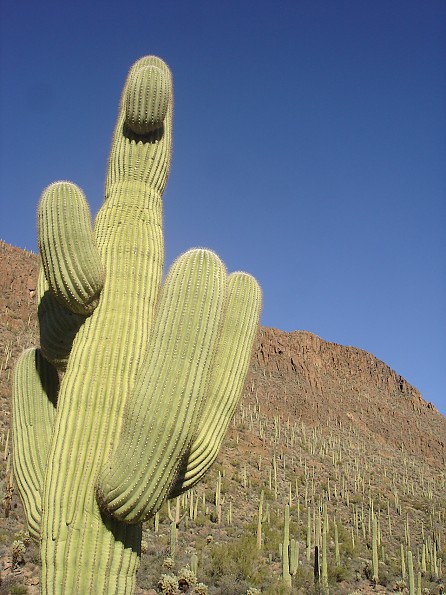 Close-up on a Giant Saguaro with many arms 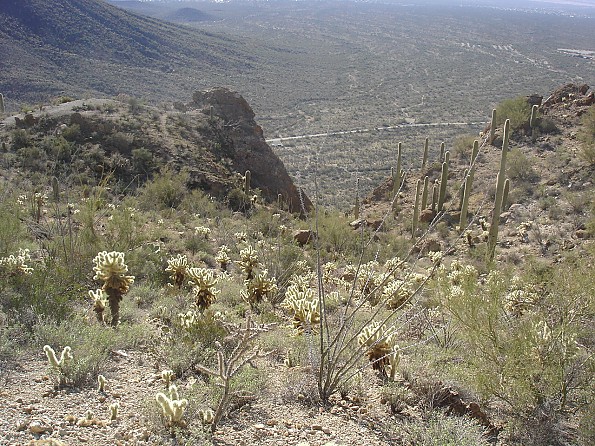 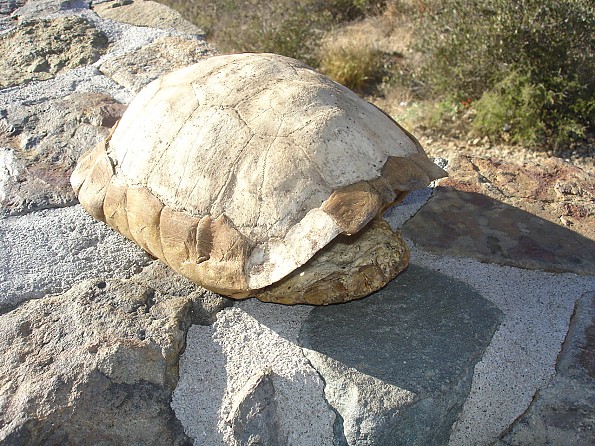 A Desert Tortiose shell I found along a wash I hiked. Its pretty big at about a foot long by 9 inches wide. Most of the upper scales had eroded off.  I carried it back to the Gates Pass overlook and left it on a wall for others to see.

It was a great warm Xmas day. Temps were around 70 degrees.

Thanks for sharing your trip--great exercise combo:  bike and hike!  I have never seen the Cholla before.  They have a sort of "glow" in that slanted light.  Nice view of Tucson, too.  Stay healthy!

I second Bunion on that...I like the bike and hike combo.

I was working Xmas day in Tucson and was thinking about you out there in the hills, wish'n I was too!

Nice find on the Tortiose shell. In all my travels in the deserts here Ive only seen a Tortiose once.

Glad ya had a good day.