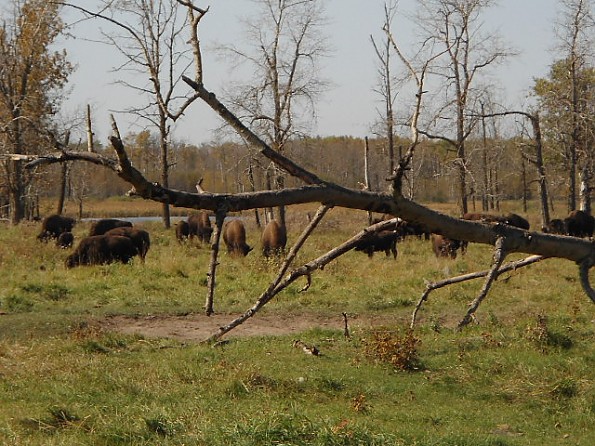 Elk Island National Park is best-known for its bison. The park is split into two sections, with herds of large Wood Bison on the south side of the highway, and herds of smaller Plains Bison on the north side. Only 30 km from Edmonton, it's also easily accessible. When you can't have the mountains, you settle for whatever you can get.

The terrain is 'knob-and-kettle' which includes a lot of small hills, and the vegetation is 'aspen parkland', a mixture of meadows, aspen poplar and bush. The park is also big enough to be home to moose, deer and elk, coyotes and foxes, lynx and an occasional cougar, and even a few black bears.

It's also a nice place for a day hike, with a number of trails in the  10-20 km range. 19 people turned up, We got everyone together at the trailhead and started out. Fall colours just getting beginning... 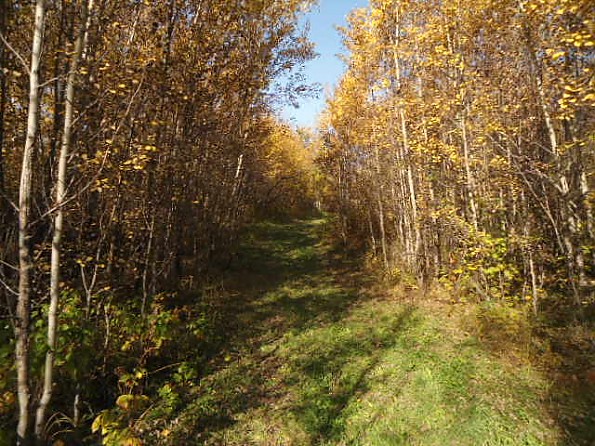 and the hills began. 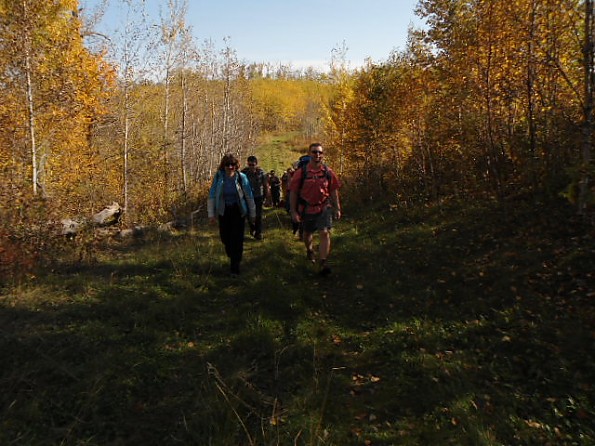 Small lakes with snow geese and multitudes of ducks... 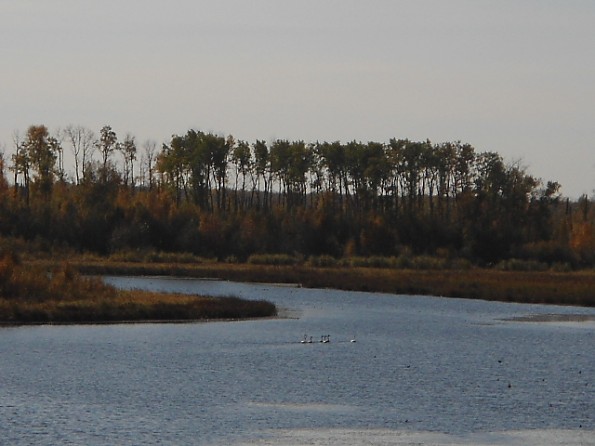 It was a warm day with temperatures around 24°, a nice mix if summer and fall. 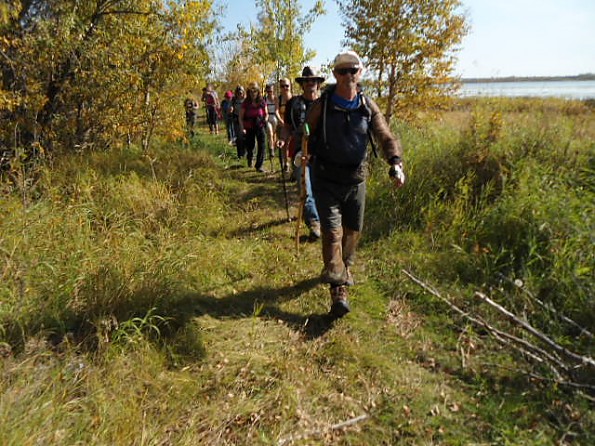 Bison bones in the grass by the trail. When we came past in the spring, they were still covered in remnants of flesh. 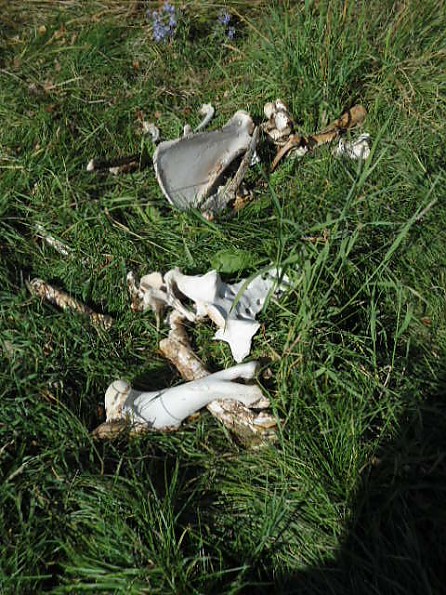 And a live one just off the trail. Almost everyone was so deep in conversation that they walked right by without noticing. 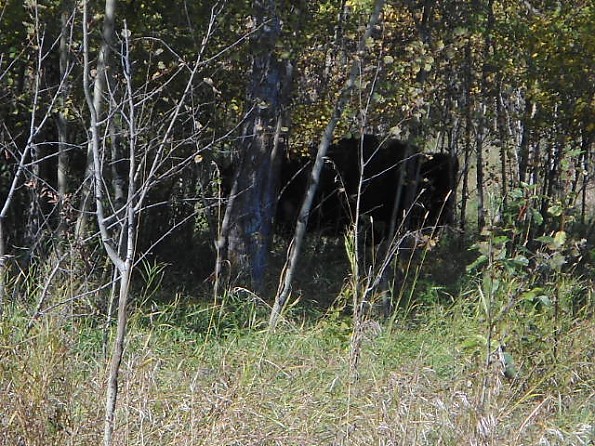 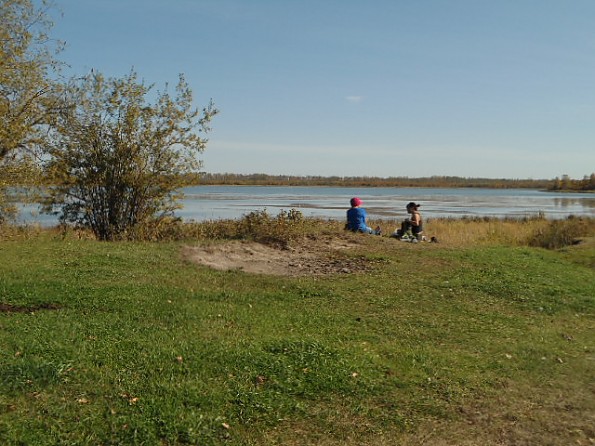 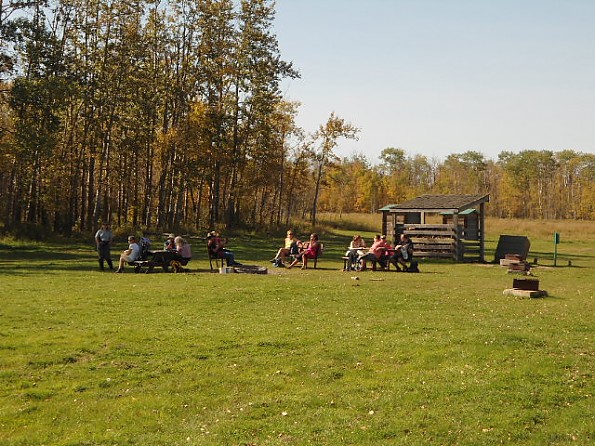 Then back on the trail. 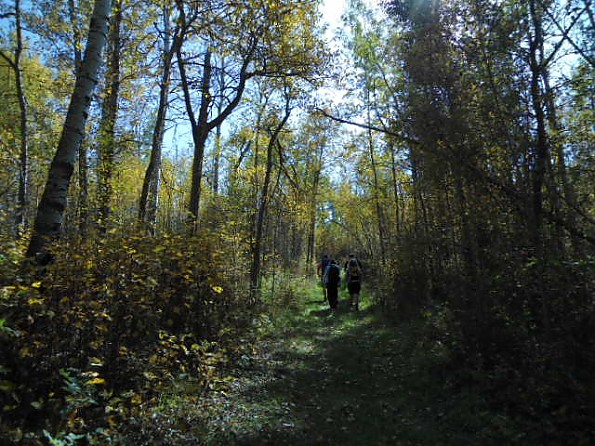 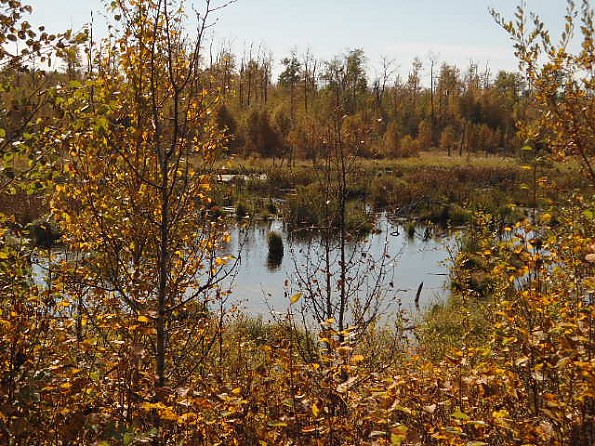 Met a scout troop backpacking in for an overnight at the lake. 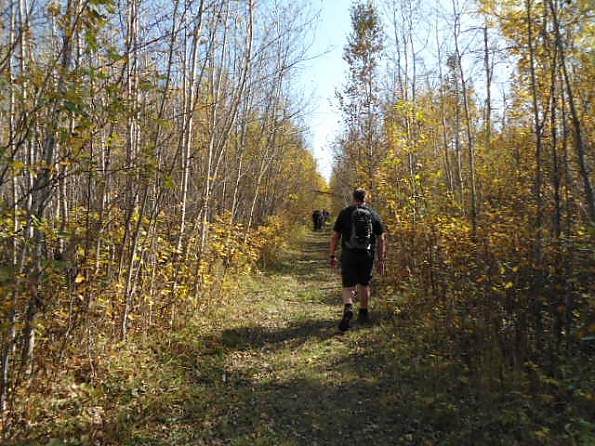 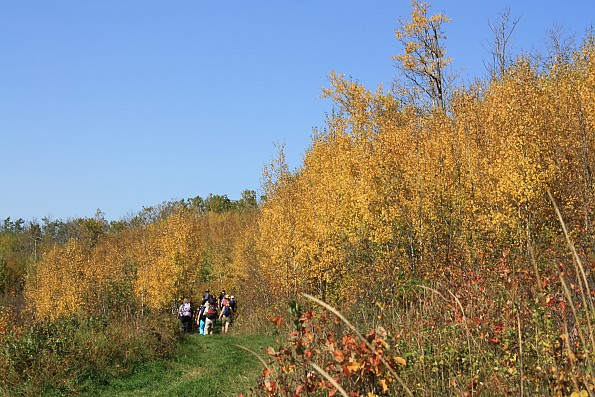 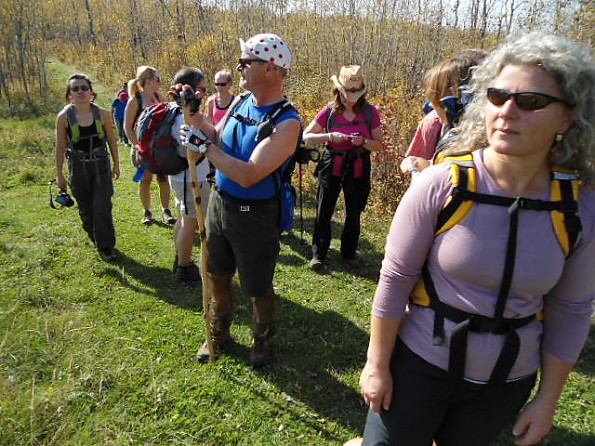 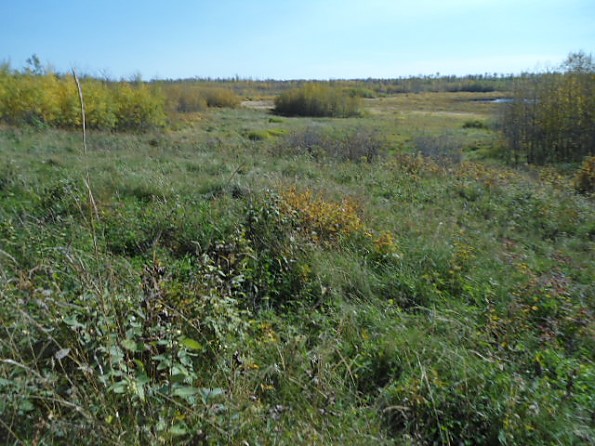 And a herd of bison on the way out. 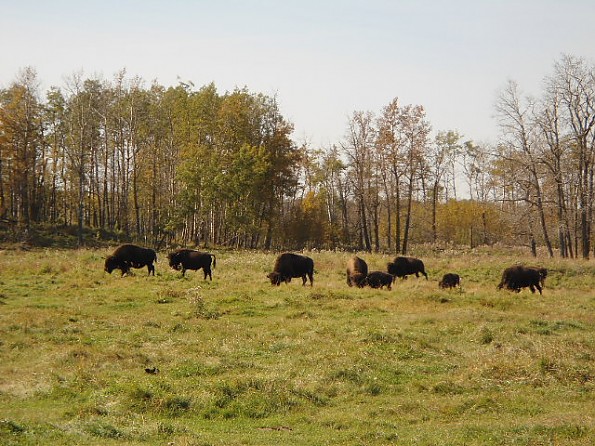 Nothing very exciting (now that the rut's over) but nice weather, nice people, and about 14 km in 3 or 4 hrs. Gotta stay in shape for the more interesting hikes.

You guys have all the fun. There is a refuge 45min north of where I live which has a herd of bison living there. Looks like a very nice area.

The nice thing about Elk Island is that it's a National Park, which means it's administered without regard to providing 'attractions' for visitors. They offer a few trails, which are lightly used, and provide a refuge for the two kinds of bison.

A couple of interesting side-notes: the Plains Bison in the park originally came from Wyoming back in the 1930s - seems there weren't an awful lot left in Canada by that time. Elk Island serves as a breeding pool, as well. Last year, a number of Plains Bison were shipped to Siberia as part of an effort to re-establish the bison herds that once lived there.

More Topics
This forum: Older: My Labor Day weekend trip in the GSMNP Newer: 21 Days with TN Wild and the Sierra Club No Show
All forums: Older: Laid-up rookie checking in Newer: Hydration and Thirst