In my top 10 list of places to hike (which is rapidly growing), Dolly Sods has to be in the top 5.  It has to be one of the wildest and most beautiful places in the East.  The guidebooks say it resembles northern Canada, and I’d have to agree—it’s a truly alpine environment with flora, fauna, and views like I’ve never seen.

Due to multiple circumstances, our trip changed from a backpacking trip to day hiking/car camping, but still did not disappoint.  It was a long drive from Dayton, Ohio through Ohio, Pennsylvania, West Virginia, Maryland, and then West Virginia again.  When we finally made it, it was beautiful drive up to the camping area where we slept for the next three nights.

On day one, we hiked to Bear Rocks for a beautiful view of the mountains, and deep into the Sods which clearly resembled Canada.  The trail was very well maintained and easy.  Cairns, though mostly unnecessary, led the way through the rockier areas of the trail.  The creativity of people’s ability to stack rocks amazed me.

Even for as popular and busy as this area was, we saw an amazing amount of wildlife.  We almost stepped on two poisonous snakes (a Copperhead and Timber Rattler), got extremely close to some deer, and saw large and (fairly) fresh bear tracks in the mud, which was a little unnerving.

The wonderful part about the Sods is the ever-changing landscape of the area.  It goes from alpine environment, to open fields, to pine stands, to hardwood forest, all within the course of a few miles.  The worst part of all is the mud bogs, which can really weigh a hiker down.  Heavy boots can sink quickly and it is literally like walking through chocolate pudding.  This can really compound the fatigue after a long day of hiking.  Still, with my 10 lb daypack on I met an elderly couple backpacking with 60 pound packs through the bogs without much of a problem, which of course made me feel like a complete pansy.

Our last day was the most difficult as we were hit with a severe thunderstorm that lasted several hours, making hiking miserable and parts of the trail became a literal waterfall.  Still, the adventure and experience something like this brings is fun to me in some kind of sick, twisted way.

The Dolly Sods is an epic, magical place that is not to be taken lightly.  It is dangerous and beautiful at the same time.  I would also say it has to be one of the most beautiful hikes in the Eastern U.S.  Though it’s on the Eastern Continental Divide, it is not that high in elevation, but still rivals some parks in the West with its beauty.  Anyone who loves hiking needs to come here and experience it at least once. 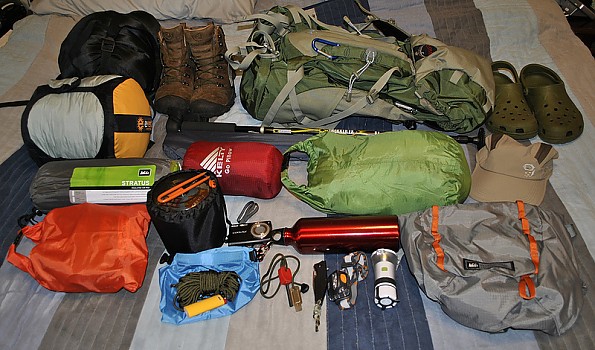 Pack dump of my gear when doing my final checklist the day of departure.  Some of this gear I ended up not using, but was good to have just in case.  There are certain items I don’t go anywhere without. 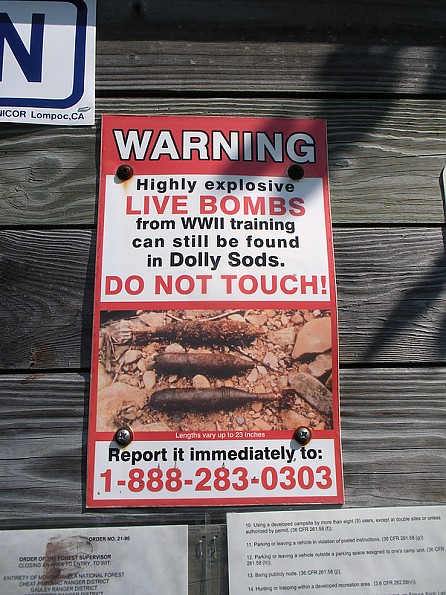 One of the first signs you see upon entering the Sods.  Just a bit intimidating. 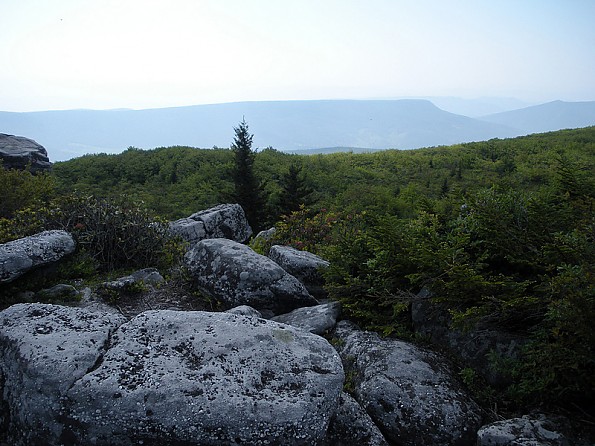 The view from Bear Rocks.  It was a gorgeous morning. 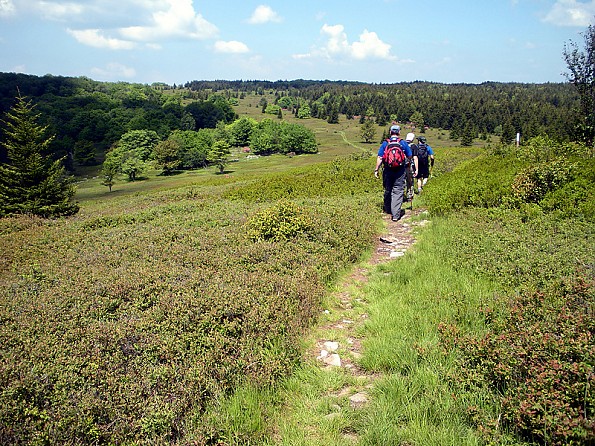 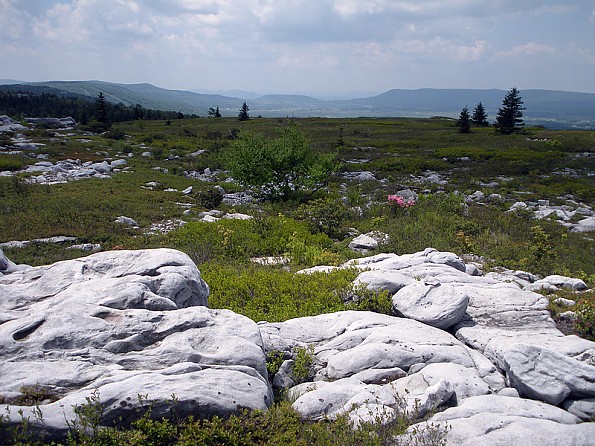 Where we stopped for lunch. I forget the name of this particular grouping of rocks, but this was an absolutely gorgeous spot. 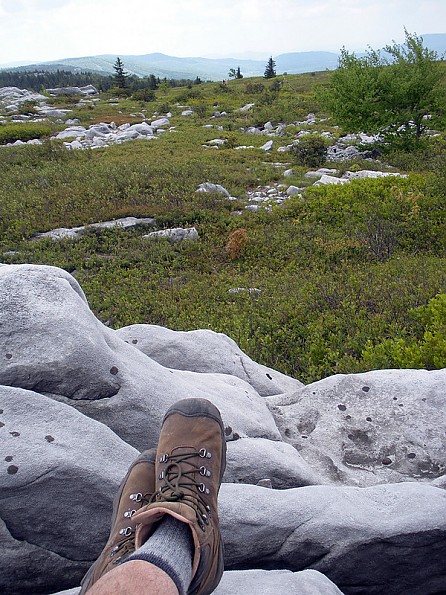 Kicking back for lunch before many more miles of hiking.  Not too many things beat this. 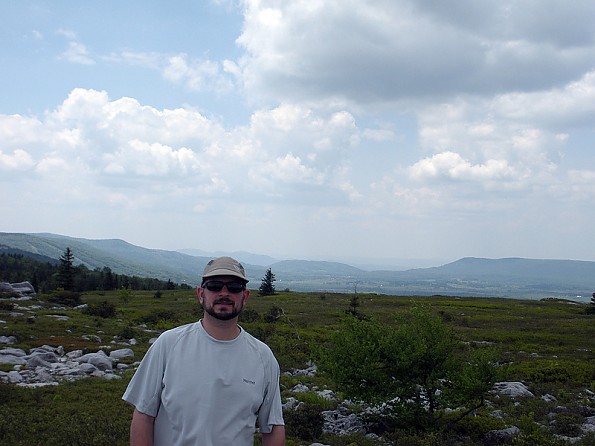 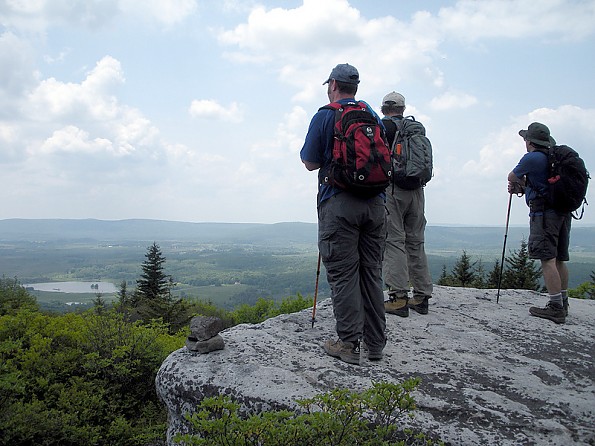 One of the many awesome views along the trail. 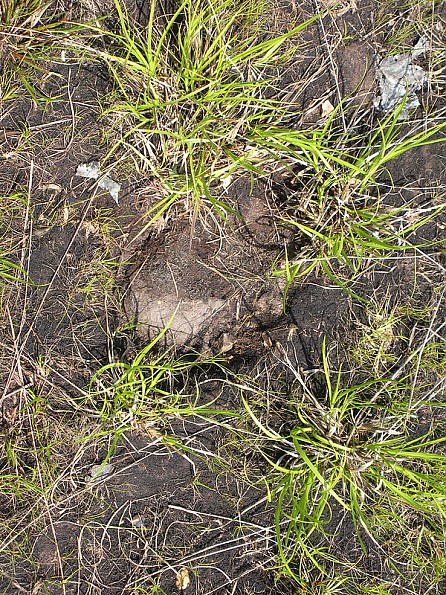 Very fresh bear track.  This put us all a little on edge. 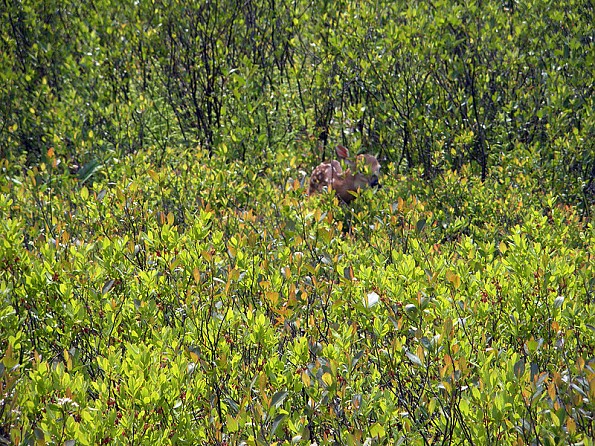 I came way too close to this fawn, and mom was just up the trail giving me the evil eye. 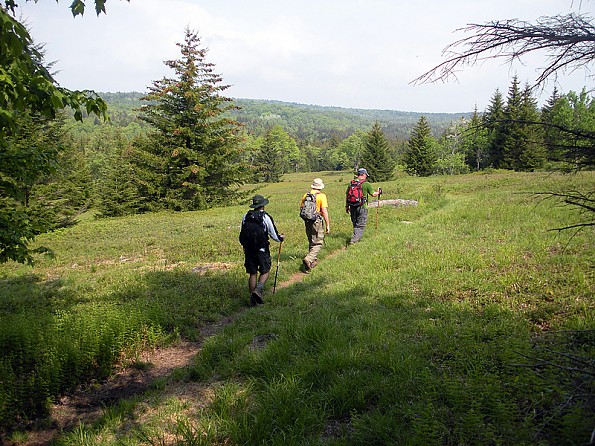 A gorgeous day on the trail.  This path was fairly level and extremely scenic. 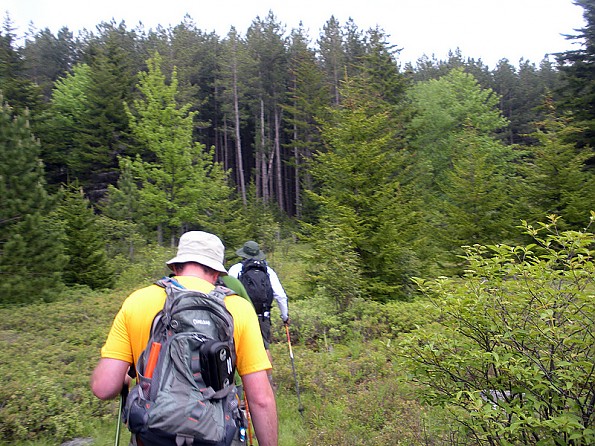 This part of the trail was one of my favorites.  This tall stand of pines was like entering another world.  It was a truly alpine environment. 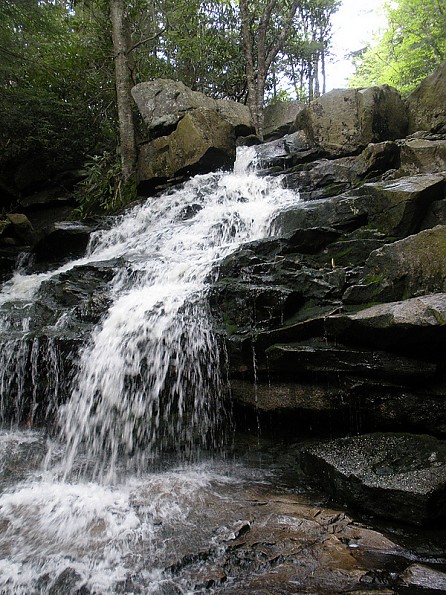 This was a waterfall along the Big Stonecoal Trail.  It was about a 30 foot scramble down the mountainside to get to it, but so worth it. 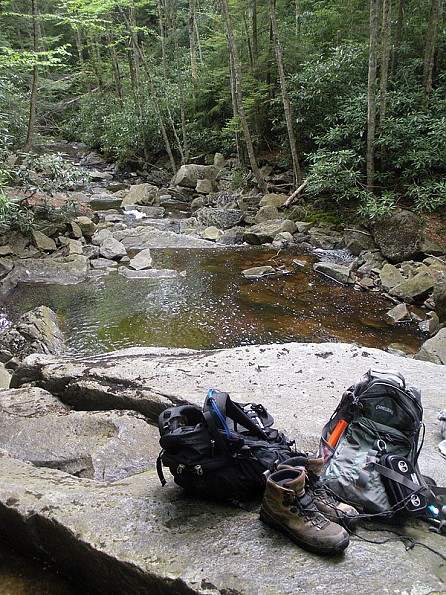 The view from the waterfall.  We actually kicked off our boots and soaked for a while.  It was fantastic. 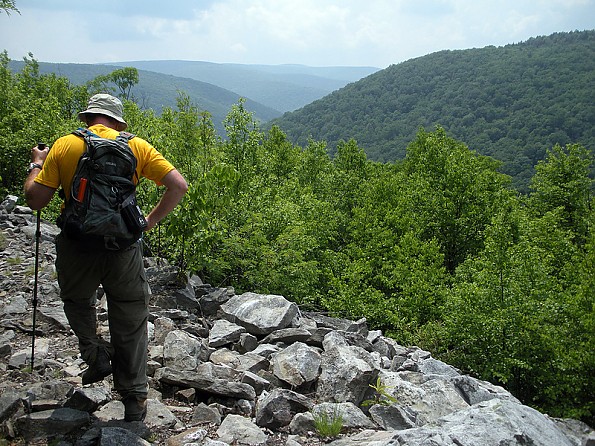 This is the last picture I captured of the trip because of nasty weather.  The Rocky Point trail was this rugged, foot-destroying hike of jagged rocks for miles.  Soon after, the skies opened and we were rained on for about four hours. This season, I will have my GoPro, so no more worries about the camera getting wet!

This looks like a place I would like to go this spring or summer. Did you stay at the Red Creek Campground?

The Sods were one of my favorite places to backpack when I was living in Ohio. Considering driving distance from central OH, it probably offers the most bang for the buck in terms of wilderness experience. I usually enter the wilderness at the Dolly Sods picnic area on the southern edge of the wilderness, then camp along the Rohrbaugh trail. Some fantastic sites high up along the rim of the gorge!

@ocalacomputerguy Yes, Red Creek Campground. Thanks, the name of it escaped me. Need to edit the report.

Did you see any of the unexploded bombs? Looks like nice country!

@garypalmer No, but we did see what appeared to be craters from ordnance testing.

Thanks for the report outlan, I've heard of this area for a long time and finally got to see a  bit of it!

@Patman Put this one in the top 5 of your life list.

a little to far away for me, but looks like a wonderful place. wish i still had family up in west virginia tho.

Is there any "dispersed" camping in Dolly Sods or do you have to use the campground?

@ocalacomputerguy There is dispersed camping.  I think you can actually set up camp anywhere, and there were many "designated" sites we passed that were extremely scenic and out of the way.  We only chose the car campground because we had to day hike.

I have been going up "The Sods" since the late 80"s. My friends and I go there 2 to 3 times a year. Jan and Feb are always the best in my book! Do be prepared though. I have been there when temps dropped to -20F at night and have been knocked off my feet from the blowing winds at Bear Rocks in winter.  If you notice the trees at the top of the Sods, they only grow on  one side and do not get very tall. The wind is responsible for all that. Weather is very...and I repeat very unpredictable. I have been down in Petersburg fishing for trout in short sleeves and back up to the top that afternoon and was snowed upon. The name goes way back to the early 1800s and was owned by the Dahl family, hence the name Dolly. It was purchased by the foresty service in the early 1900s (I do believe) and was worked for timber and then artillery practice during WWII. In the summer of 2011 my friend did come upon an unexploded ordinace in a low flowing stream. He took pictures and took GPS coordinants , then contacted the ranger station. They in turn contacted the Army and a team was sent to verify the sighting. The Sods is one spectacular place! One other tidbit...youtube Dolly Sods . The winter videos are great to watch.