I finally made it out for another overnight trip last week, or at least it was supposed to be an overnighter (more on that later). Fall is winding down here in the mountains of Kyoto, so I went in search of the last remaining autumn leaves in one of my favorite areas. Most of the hike follows an out of use logging-cart track which is in a horrible state of disrepair in most places. 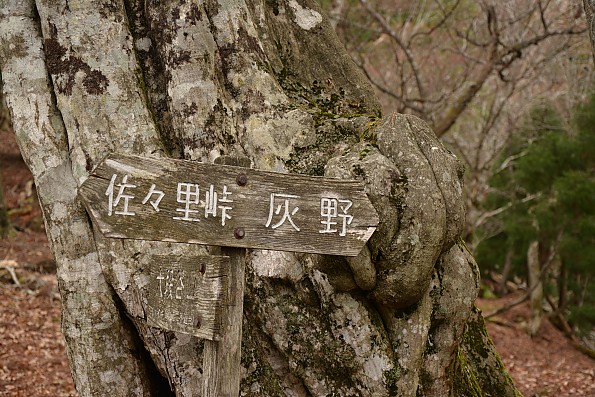 The first branch in the trail is marked by this sign in front of an old knotty tree trunk. 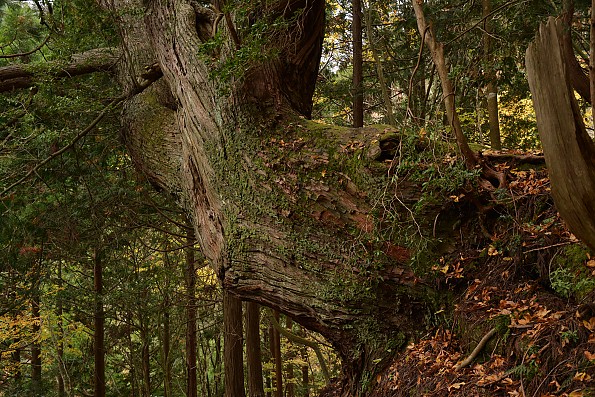 Big Japanese cedar jutting out into the trail. It's less than an hour down to the river from here. 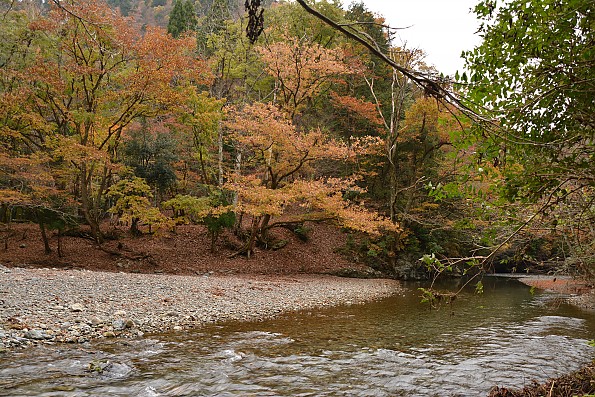 Made it to the river! The leaves are still nice in the lower elevation. 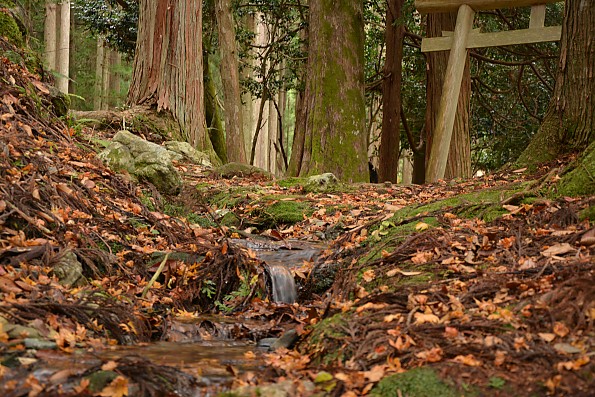 This little trickle is marked by a sign as the source of the largest river (Yuragawa) in Kyoto Prefecture. It flows out to the Sea of Japan on Japan's north coast. 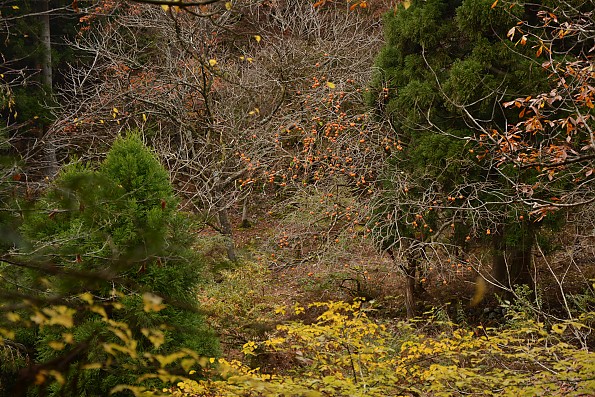 Ripe persimmons on the opposite bank of the river. 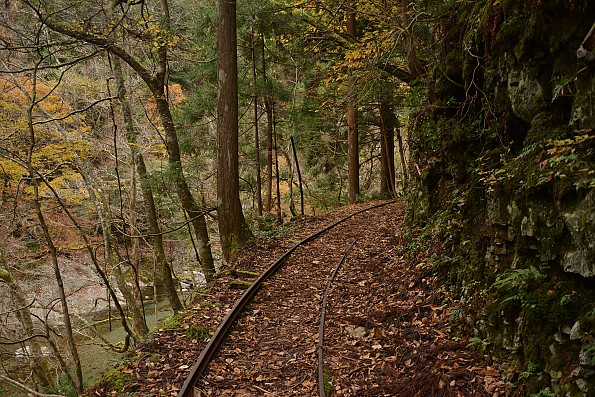 Here are the tracks. This part is level and debris-free. Apparently this valley was first settled back in the mid 16th-century by loggers who would make charcoal out of cedar trees in kilns along the river. They slowly worked their way upriver, but never made it all the way, leaving a good bit of the forest untouched. The last inhabitants moved out of the area in the 1960s, and now the forest is owned by the University of Kyoto. 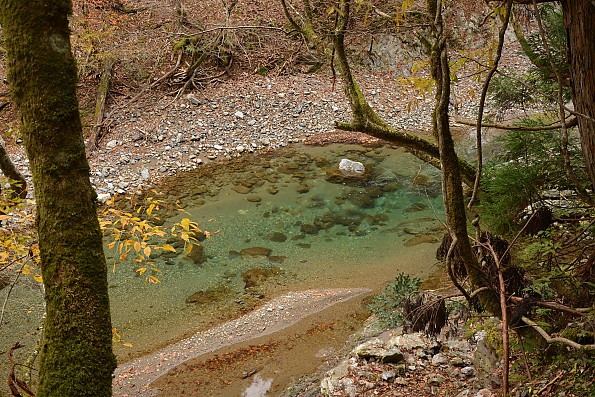 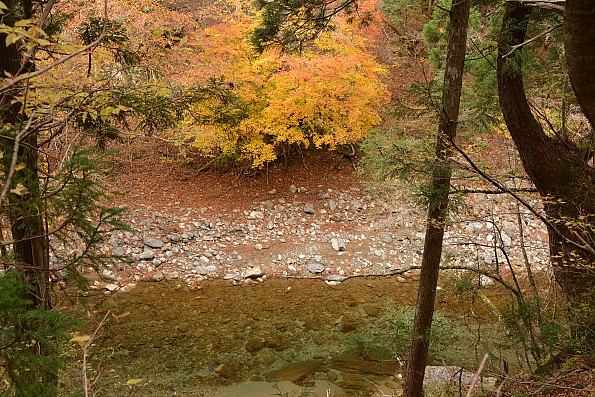 Beautiful colors in the river. 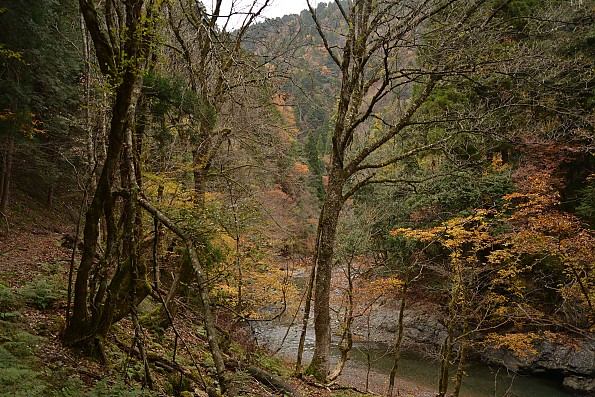 Looking back downstream. The valley rises steeply on both sides of the river. 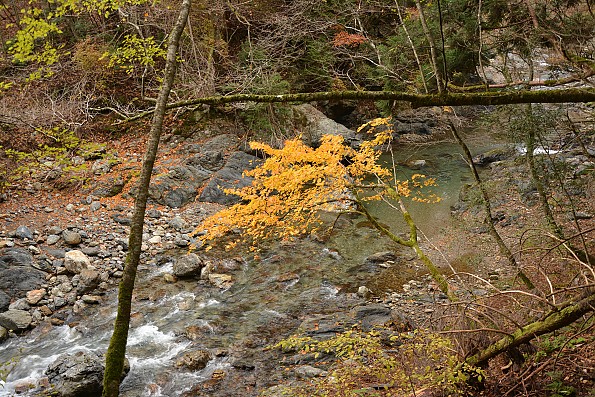 I thought this shot came out really well. 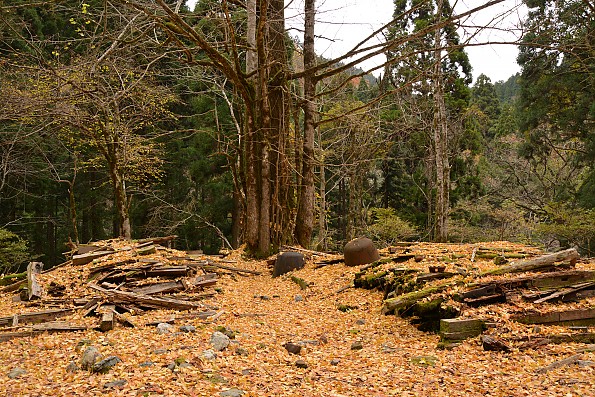 The remains of an old hut covered in gingko leaves. 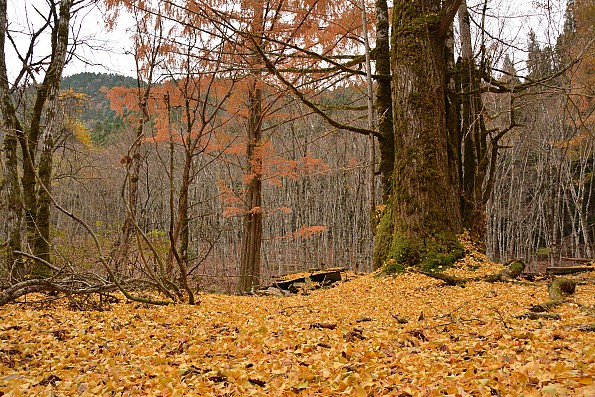 A shot from the other side of the tree. 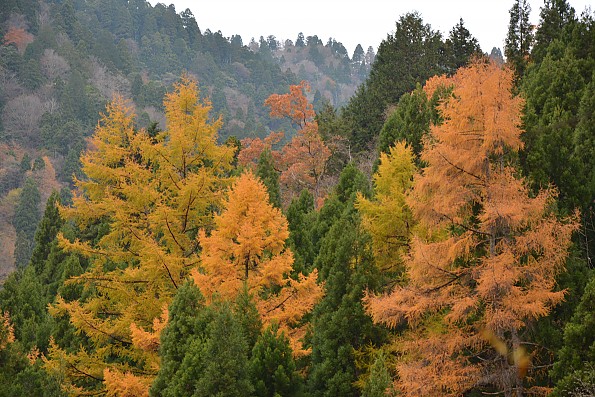 Looking up toward the hills. The yellow/brown trees are larches, which change color in the fall, the green ones are the ever-present Japanese cedar. 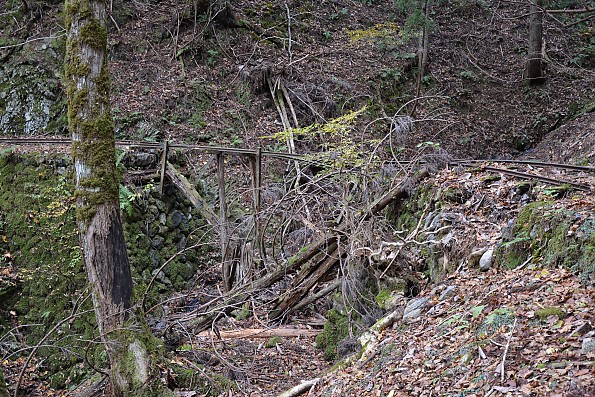 Here's one of the many bridges along the trail. The majority have either collapsed or are too dangerous to cross, meaning you have to find your own way around. As I was attempting to hike around one of these a little farther down the trail, the footpath collapsed from under me and I ended up falling straight down about 7-8 feet, whacking my head on a rock and banging up my knee in the process. After I doctored myself up as best as I could, I decided it was best to turn around and hike the 2.5hrs uphill to my car. Ouch. 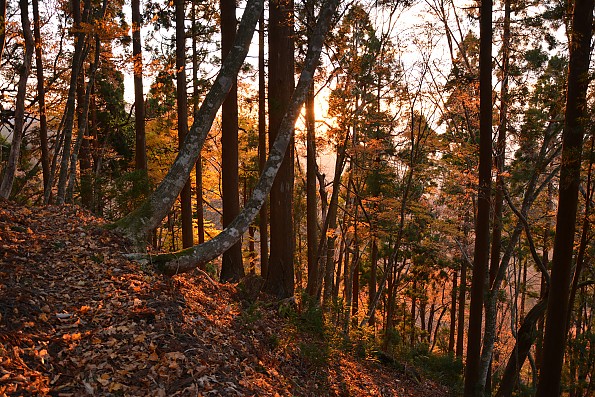 Of course, I managed to take a few pictures of the sunset on the way out! 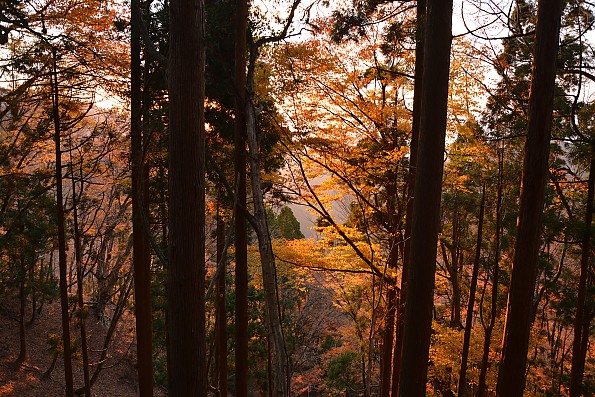 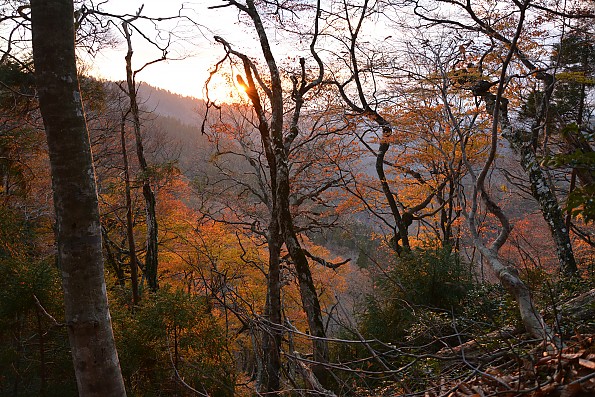 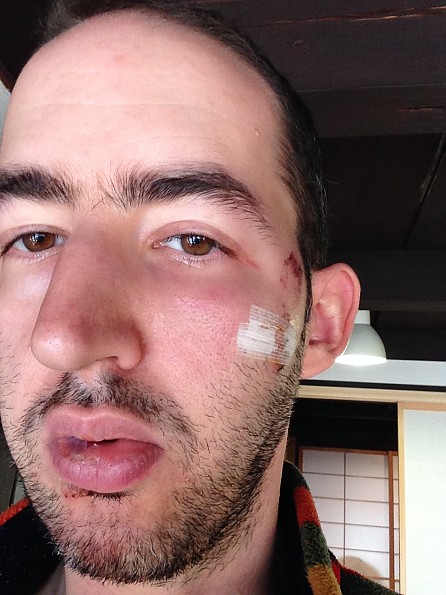 And here's a shot of the damage. After I got back to my car, it was a 1.5 hr drive back to Kyoto city, where I went to the emergency room just in case I needed stitches, etc (ER visit only cost $40, govt healthcare in Japan is incredibly inexpensive). Turns out I didn't, but man was I sore. I'm still bruised up a little, but am feeling much better, and best of all, I live to hike another day. Stay safe everyone!

Nice report Bigup! I always look forward to your reports from Japan....sorry you took a fall but sounds like it wasn't too bad overall. Beatiful pictures as usual.

Cool TR.  Its really pretty there.  Is the trail crowded at all?  I can't imagine people not wanting to go see such nice places.

Is it ok for me to think of it as ironic; an American in Japan taking lots of pictures of everything?