I rarely post my trip reports here but I thought this one would be nice to share.

I spend a couple days at Panamint City this past weekend with a few friends and I couldn't have asked for a more challenging, yet gratifying trip. 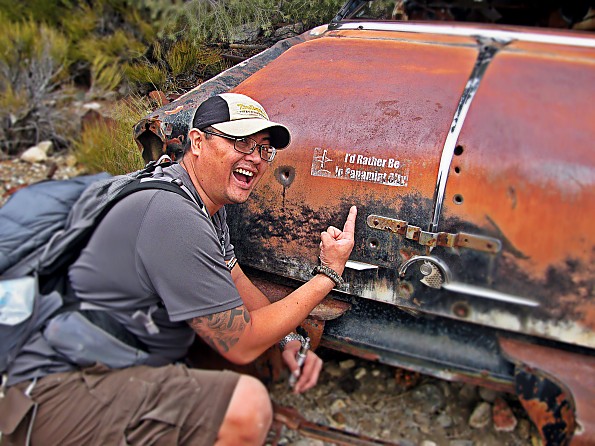 More photos on my blog: http://bit.ly/1lxEcp8

Great pics and trip report.  Sounds like a lot of fun.  Thanks for sharing.  I am going to have to put that trip on my radar and maybe do it one of these days before the summer heat comes.  You said there was cold beer at the hilton, right?  lol.

Of course ;)  You might find a bottle of Brandy at the Hilton though :)

The hike is definitely better when done in cooler months...I would not want to be anywhere near here when the temps rise.

What an awesome TR. Although I love the photos I have to say the narrative was my favourite part, sometimes they can be tedious to type out and remember every little detail- how you were feeling, weather, etc but they add so much. I haven't been getting out as much as I would like recently and this provided a little escape. Thanks Angus!

Thanks Jake! Much appreciated...oddly enough, I don't write on the trail.  The photographs are enough to remind me what the heck I was going through, how I felt at that moment, etc.

Now sitting in my office, I'm still at Death Valley time...can't focus on my work just yet...

Nice trip Mangus...what was the temp ranges...in some pictures folks are wearing shorts...but it looks like things were below freezing at night?

Also...was only able to track down a single picture of your cook system...do you have any photos that show the actual stove?

Temps throughout the weekend were tolerable.  Night time temps were around 34 degrees and daytime temps in the upper 50's.

My stove system is...

I'll need to take a photo of the actual stove itself but in total with 3 days worth of fuel, my whole cook kit weighed in a little over 7 oz.

EDIT: I actually did take a close enough shot of the stove... 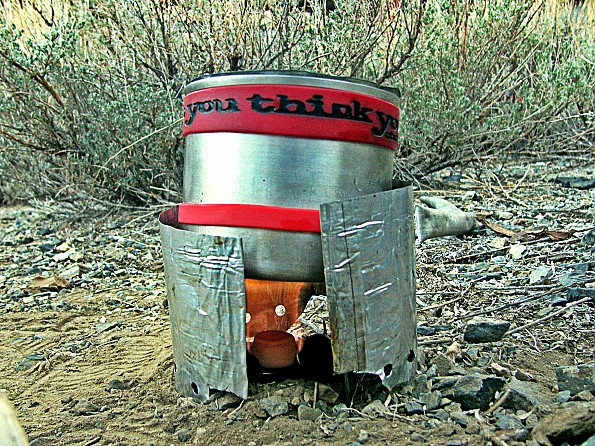 Been meaning to ask - what webpage/program/general wizardry are you using to make those photo montages? Very efficient way of getting multiple pictures across with a single upload.

Thanks Eric.  I use http://pixlr.com/

I also edit my photos through there.  I've been using this site for a while now and never had an issue with it.

In the process of getting my own blog (http://hornrimmedhiker.blogspot.com/) up-and-running, and have always wanted to ask ya how ya did it.

Too many photos can make it tedious for the reader, too - like how it really streamlines the visual components. Again, much appreciated!

After a long winter, Death Valley has an undeniable appeal. It is always at its best in the spring after a decent water year. After a really wet winter, decades ago I paddled an inflatable raft at Badwater when the playa magically turned into a huge lake.

I have never backpacked there, but have done lots of hiking. Some remote camping spots away from the uproar of the village have been very memorable.  I like Saline Valley, Ubehebe Crator, Rhyolite, the 20 mule team museum, Titus Canyon and many other places that shall remain nameless. I used to work for a guy that did his Master's thesis on the geology of the valley and he had the greatest knowledge of the place I have seen yet. He always had a suggestion for the next trip.

Really nice photos, and an interesting place.  Thanks for the report.