Pictures from around Jackson this morning

For those of you that have never been to Jackson here are some pictures I took of downtown this morning. 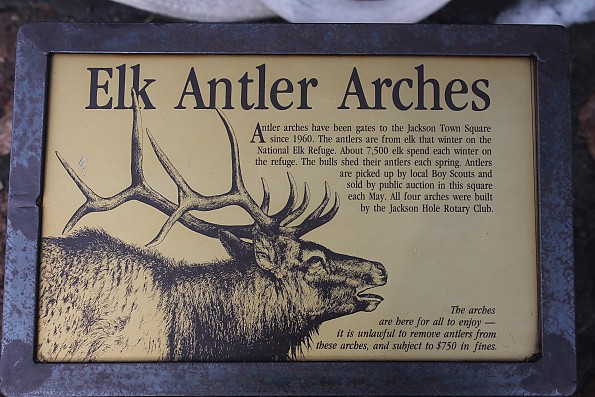 Sign tells about the history of the Elk antler town park in downtown Jackson. 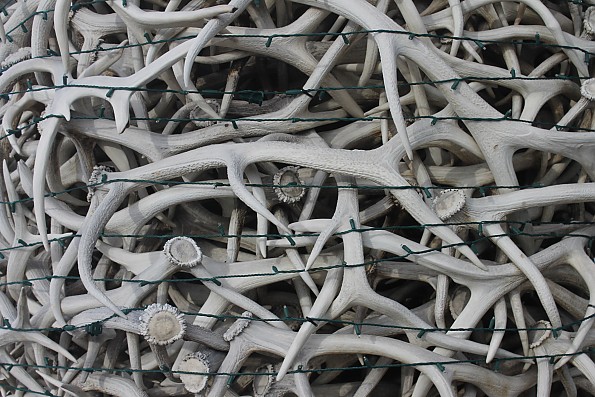 Closeup on a Elk antler arch, the lights are from the holidays when the arches at night are lit up. Each arch has around 1000 or more antlers in them. There are four arches one on each corner of the park in downtown Jackson. 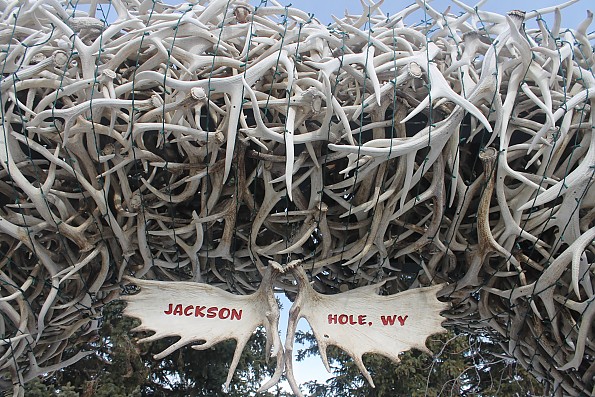 Moose antlers with the towns name on them near the top of each of the arches. 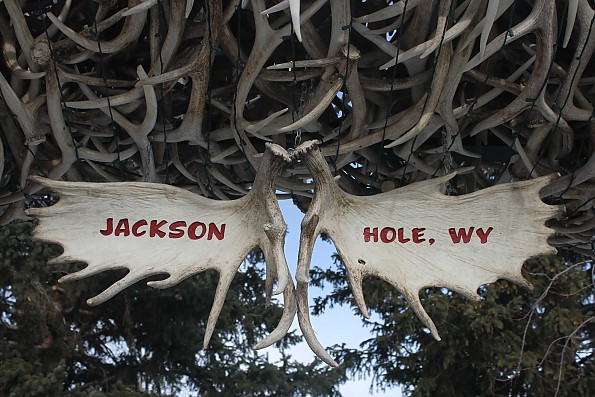 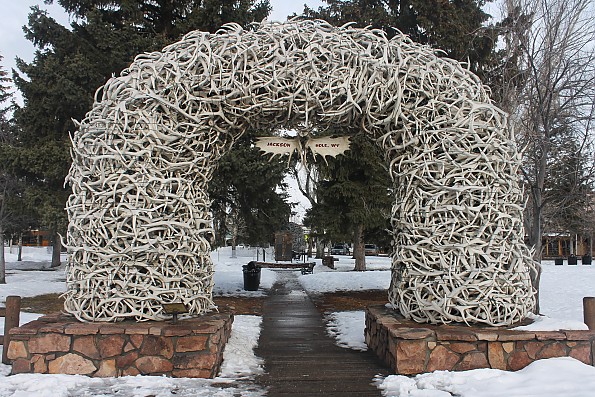 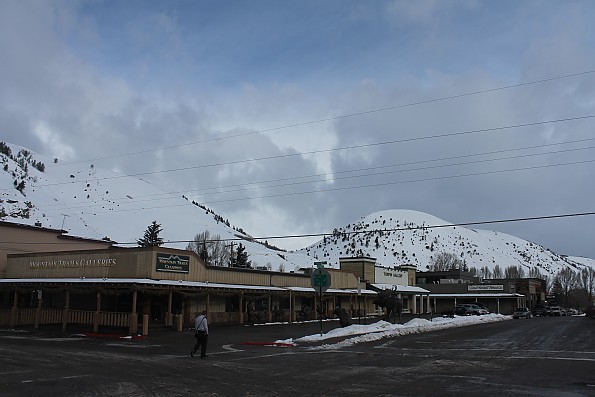 North (R) and South (L) Gros Ventre Buttes (pronounced Grow Vont Beauts) on the northwest side of town over some of the tourist shops. 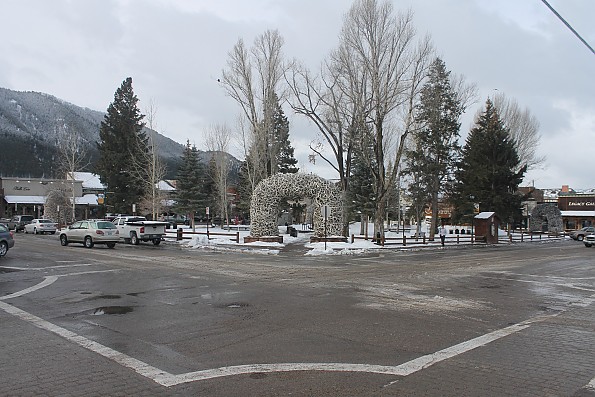 Three of the four arches of the downtown antler park square 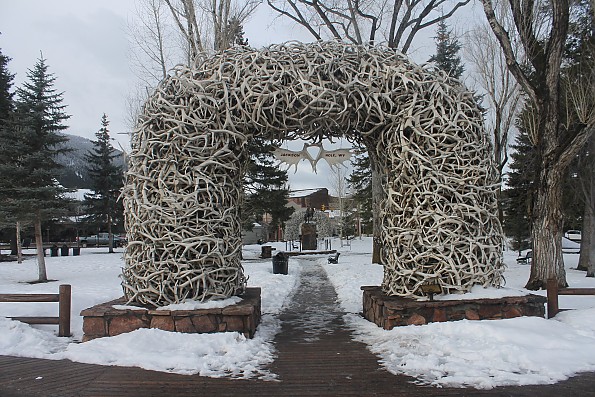 Detail of another arch, the park is dedicated to the fallen soldiers of the wars of the 20th century. 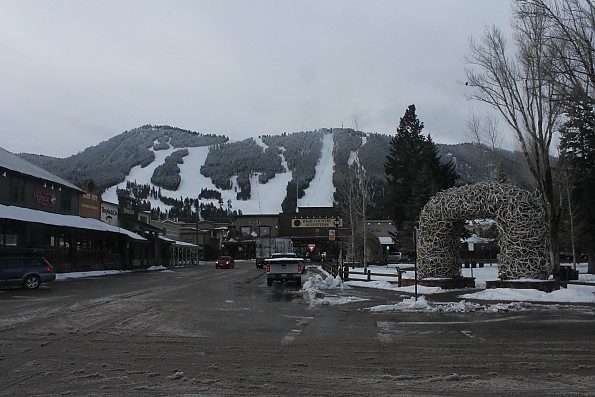 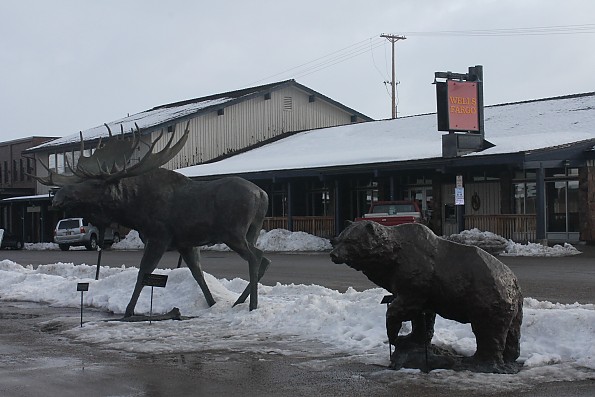 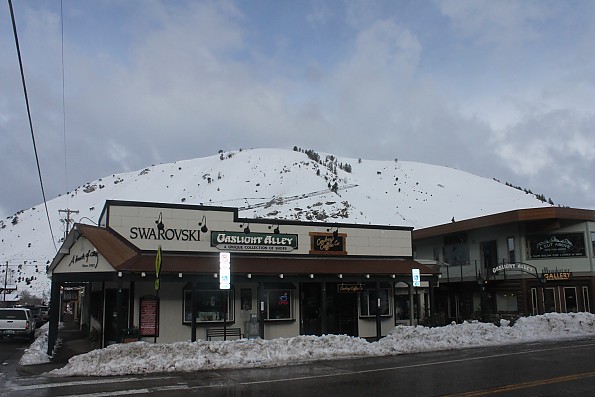 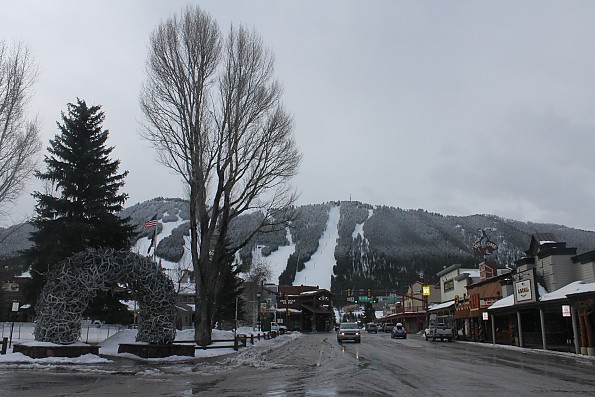 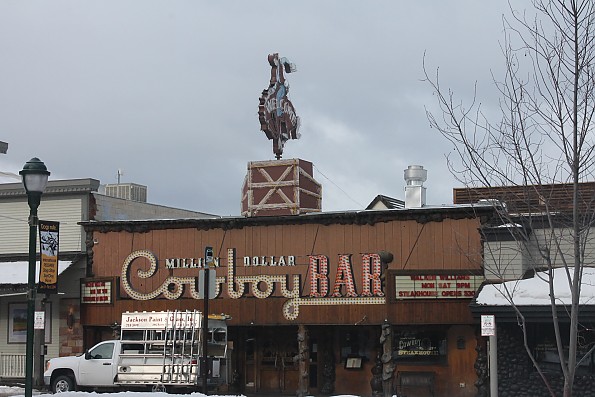 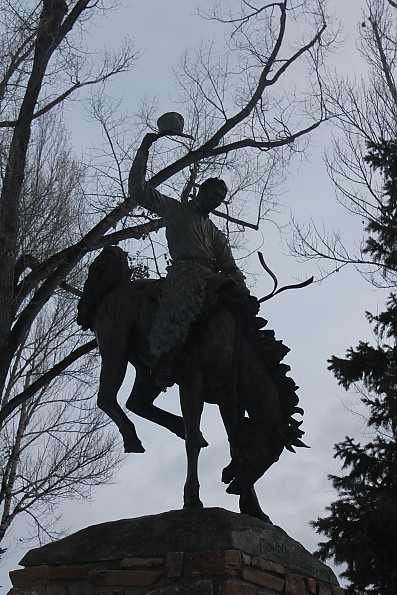 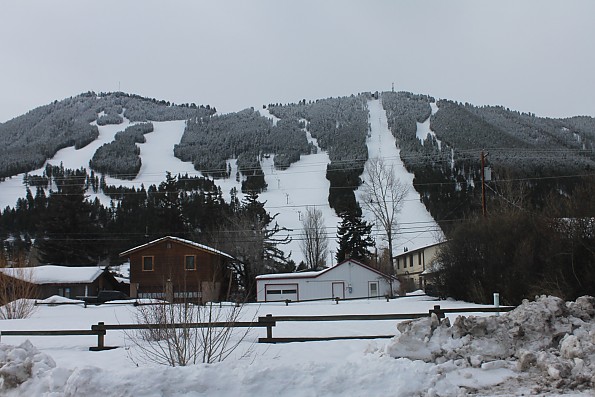 Another view of Snow King Mountain above Jackson 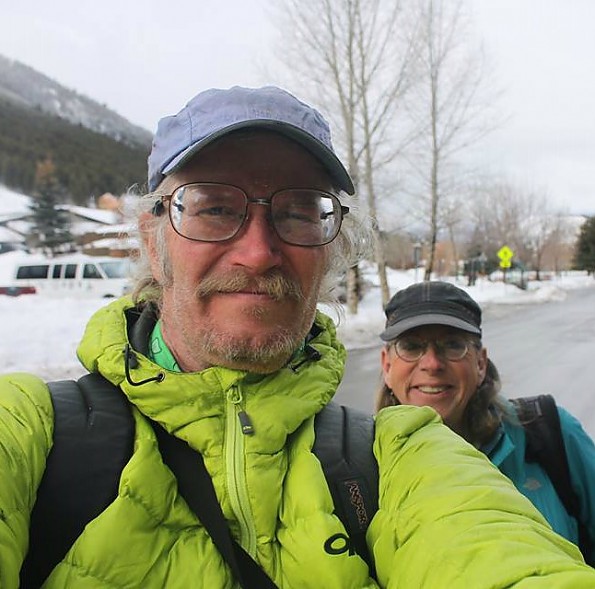 Me and my long time (34+ years) Jackson friend Kayla Michael, like me she is a avid outdoors person. Where I stay in Jackson (JH) summers and take winters in the southwest, Kayla stays in JH year round. We met in the early 80's in JH.

I was in JH back in the early 90's and did some camping around Teton Mountains. I remember that park with the elk antler archway. I was taking my dog for a walk down the street when he decided to stop right in that intersection and do his business. I just stood and smiled as people drove around us in their cars.

Before I left town I bought about 4 pounds of fudge and stashed it under the seat of my Bronco then went for dinner at a restaurant. When I got back to the vehicle there were boxes and wrappers all over the truck and my dog sitting there seemingly happy and content after eating all my fudge. I miss that dog, now.

There was a store there too, Teton Mountaineering I think it was called. I bought some gear from them.

I always thought JH was a nice town with great access to the outdoors.

Yes, Teton Mountaineering is my favorite outdoor shop in Jackson. And there are many good fudge swans,Canadian Geese and ducks. Be posting some of the 17 sheep I saw and elk in a new trip report later today.