This past weekend I was in the Chablais Alps, which are just north of the Mont Blanc massif, and the Dents du Midi, and west of Lake Geneva, ie in Haute-Savoie France. It is a stunning area and well worth visiting even if you dont feel like going up any mountains.

The town (if you could call it that!) I stayed in was La Chapelle d'Abondance, which although very small, was also quite pretty, and ideally situated for taking in the two most impressive peaks of the region; Les Cornettes de Bise (7979 feet): 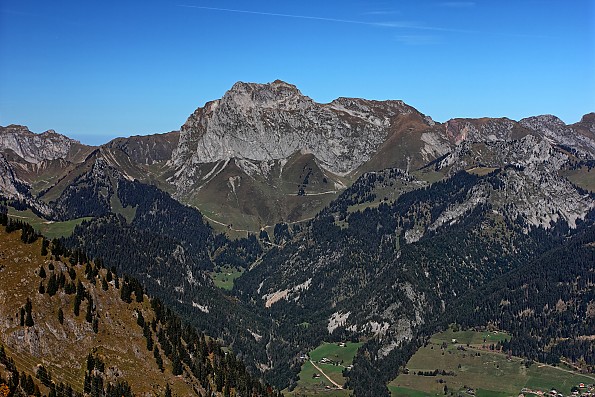 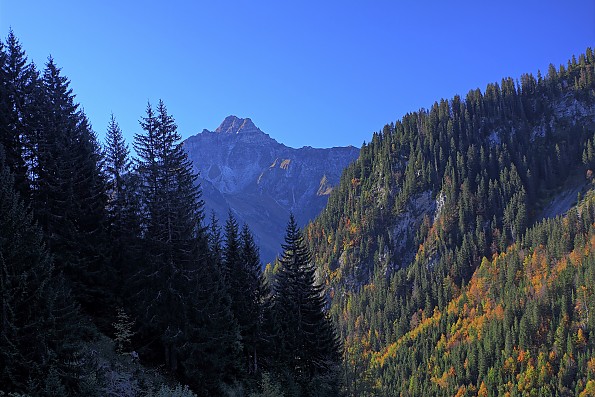 The Dents du Midi I would argue are much more impressive, but technically they are on the Swiss side of the Chablais massif. 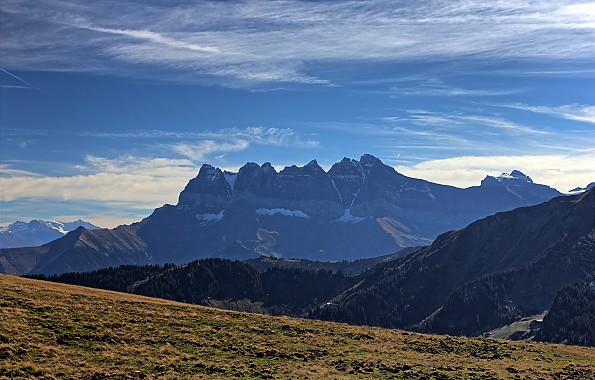 I didnt have time to catalogue my gear for this trip, as I was honestly just too excited to get outside! I had packed a medium sized expedition duffel full of gear so that I would be prepared for any conditions. There was supposed to be a cold front moving in with the potential of snow, so I had crampons and ice axe and appropriate clothing ready.... however the weather I had was absolutely stunning and I never had to touch that gear!

I did two days of hiking.

The first was the Cornettes de Bise:

Like most hikes in the alps, it starts in a forest lower down, works its way up to some alpine pastures, and then just walls of rock. 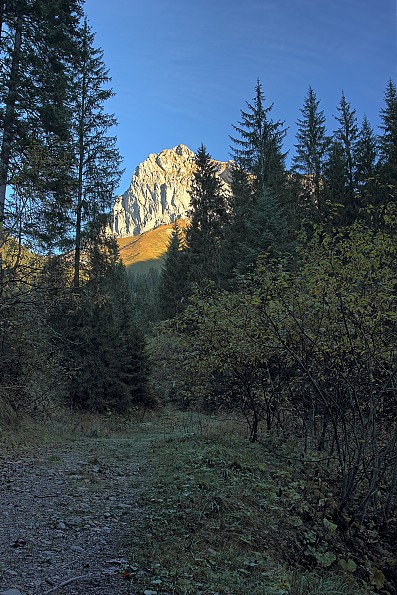 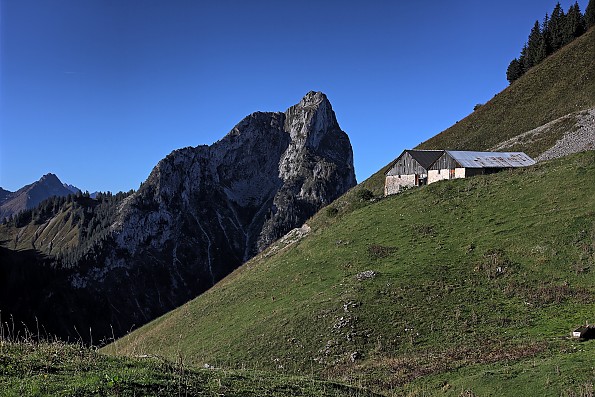 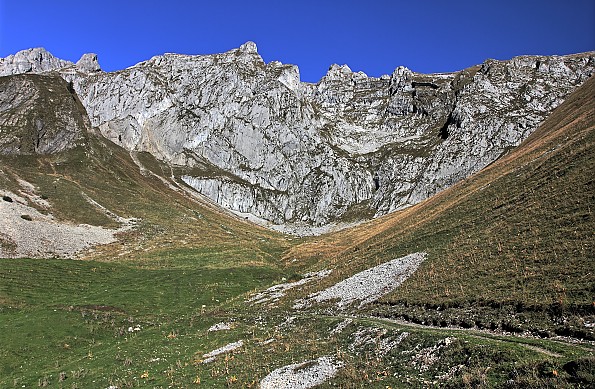 After a couple of hours of solid distance and altitude gain, I was at the summit, and the views were incredible! 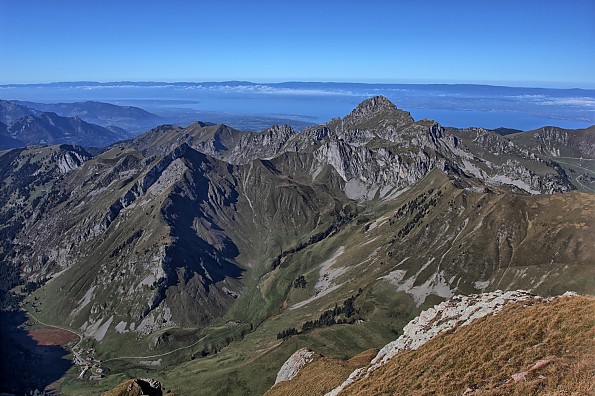 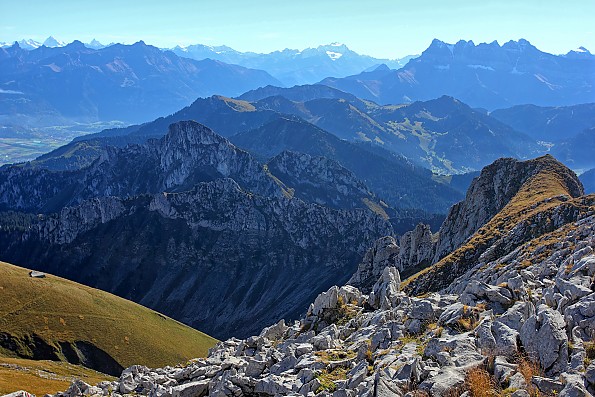 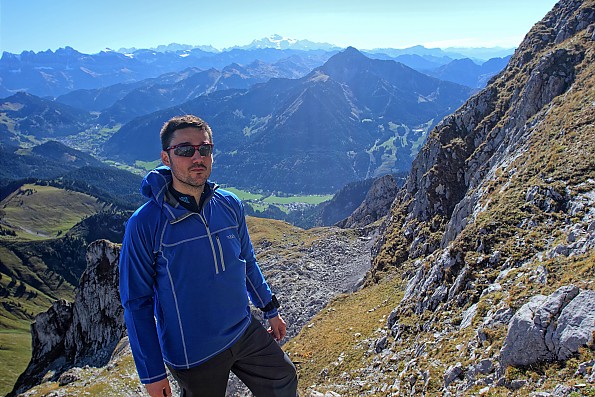 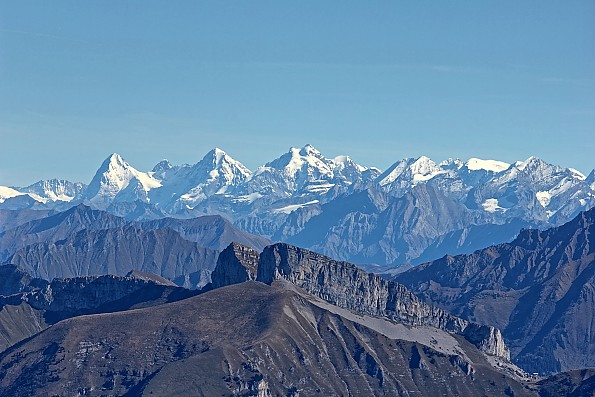 There is a great exposed ridge-line that runs across the summit, it made for some fun scrambling bits. 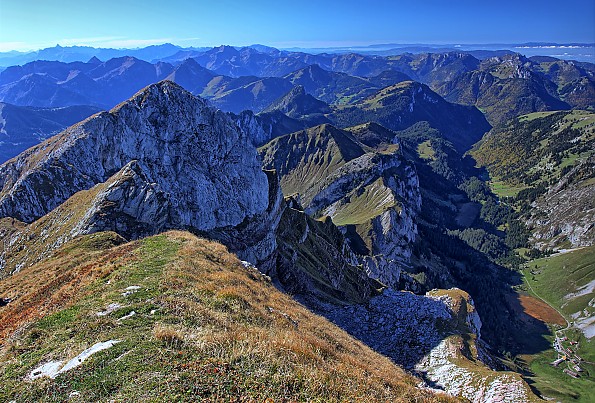 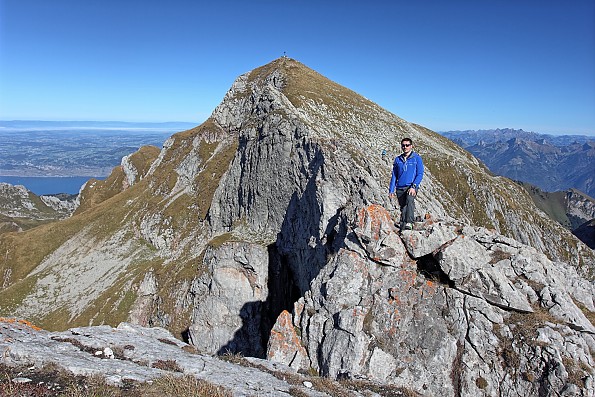 With the help of a telephoto lens, there was also a great view of Mont Blanc. 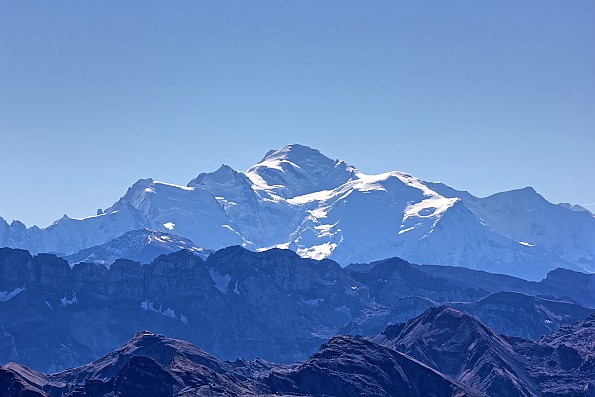 I took an alternate route on the way down, and end up by a lake, it was quite nice, but most of the way back after that was through a very steep muddy forest... where I lightly sprained my lcl... which was not fun! 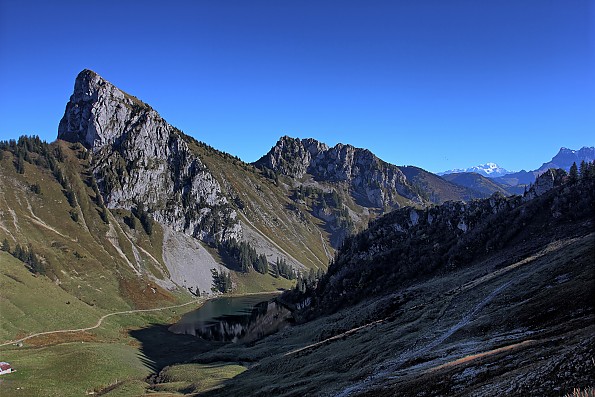 That concluded day 1, sore knee and all. I spent the night taking ibuprofen, and reading while in a hot bath trying to get my knee in the best shape possible for the next day.

I intended to do Mont de Grange, but if my knee didnt hold out, there were alternative routes I could bail from and still have a nice day out.

The hike started quite differently and took in much more forest path than I anticipated, which was a really nice surprise! 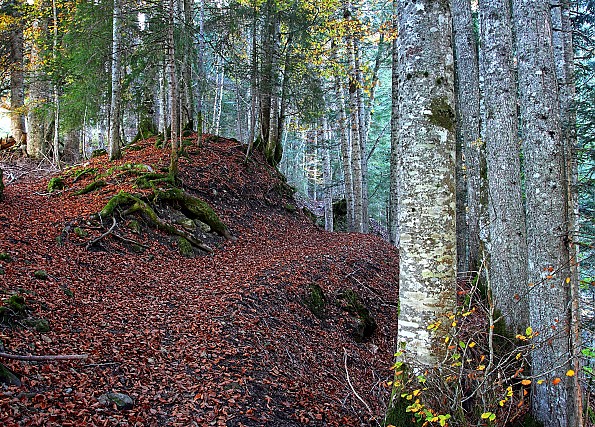 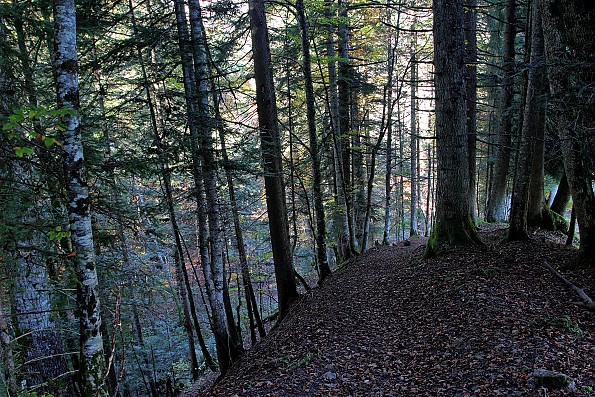 Really pleasantly surprised by this rather tall waterfall as well! 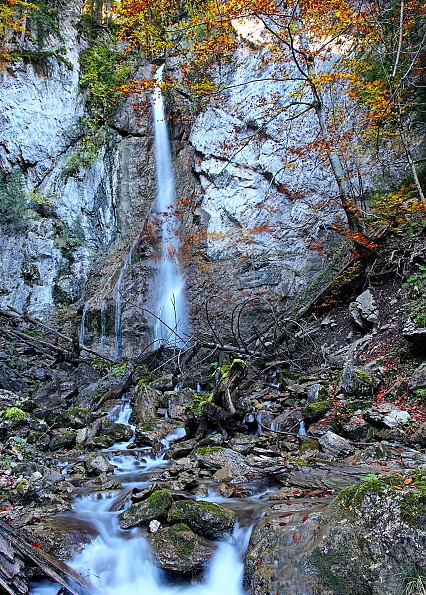 Eventually broke through to some open pasture land, and got up to a high plateau. By that point my knee was throbbing with every step, and I knew I couldnt do another 6 hours to reach the top of Mont de Grange and make it back down. 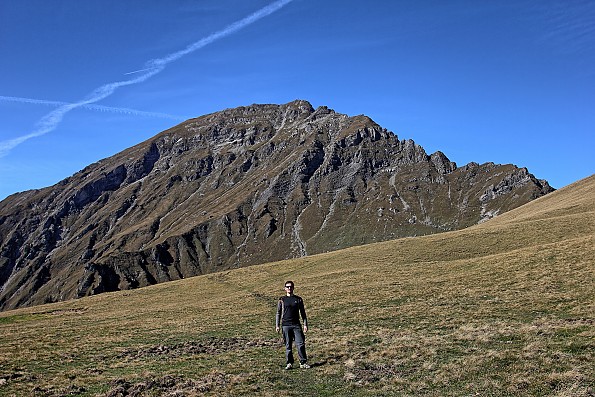 Instead I was content to make it up to one of the smaller surrounding peaks (Pointe des Mattes at 6860 feet) and call it a day! 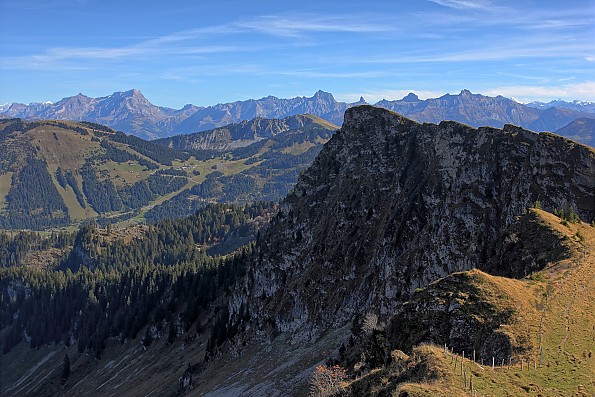 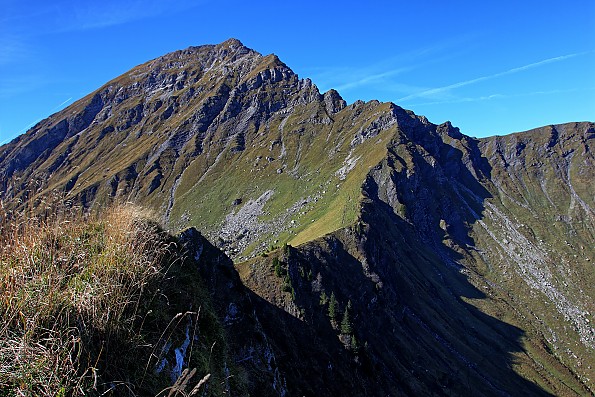 After a couple of hours, I was back to the chalet and resting my sore knee and getting ready for dinner. The hunter menus were popular so I was quite happy to get some wild hare and venison for dinner!

Sorry for all the photos! It was a very exciting trip in a beautiful area, and I would love to go back one day!

No need to apologize for posting pics like those! Sorry to hear about the knee problem. I have taken to wearing a brace most of the time on trail so can empathize. Still, when the mountains call you have to go!

Great photos and description. Have only done easy hiking in the Swiss Alps but it is so beautiful and trails are so varied and well marked that just about anyone can find suitable hikes there. Love the breathtaking views!

Tres bien mon amis! Thanks for rekindling fond memories from my wild youth. I well remember living biving under boulders in the French alps until food forced a retreat to the valley below. Two glorious months then another in the Austrian Alps in the Dachstein area. What a student holiday that was!

Great photos and report, reminds me of the Wyoming and Teton area! Thanks for posting....