It's been a busy six weeks! No time for detailed trip reports but here is a bit to share.

The first video is a compilation of various backpacking and day hike trips from the Smokies in TN and North Carolina, Lake Santeetlah in North Carolina, Sedona Arizona, Grand Canyon Arizona, and finally Haw Ridge Tennessee!

As always my vids are HD so use full screen view for the most enjoyment.

Though Trailspace is about human powered endeavors I'm taking the liberty of posting an overnight mule ride in the Grand Canyon. Most of the video was taken as I was on a moving mule so some of it may be hard to watch but I did the best I could to edit out the jumpiest parts (believe it or not).

And here is a smattering of photos for fun: 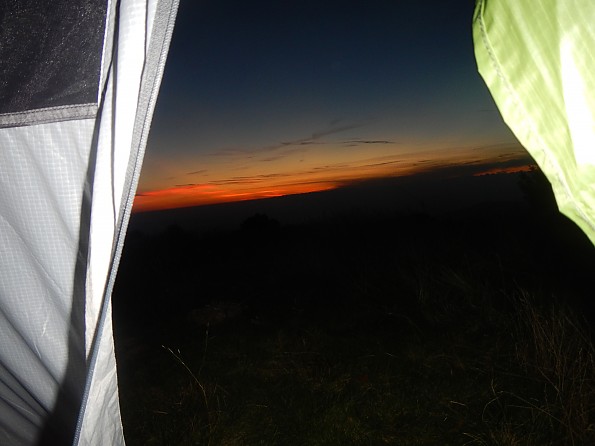 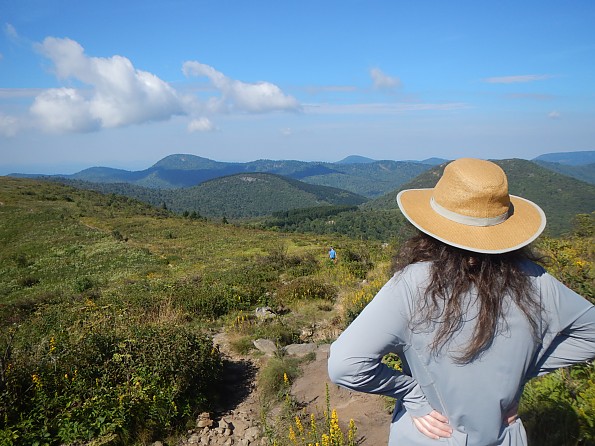 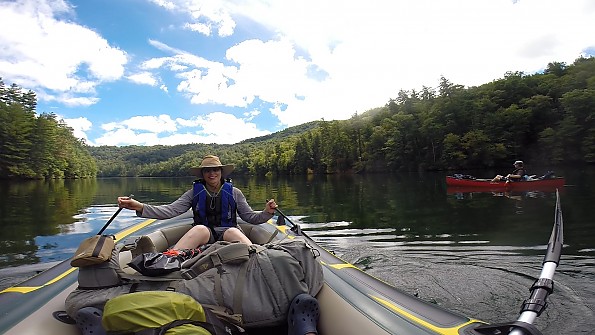 Susan in our big raft with me (backpack in the middle) and that's Trailspace member Kevin Umberger in the red canoe. (Kevin planned and executed an awesome overnight paddle trip on lake Santeetlah NC that we joined up for ..thanks Kevin!) 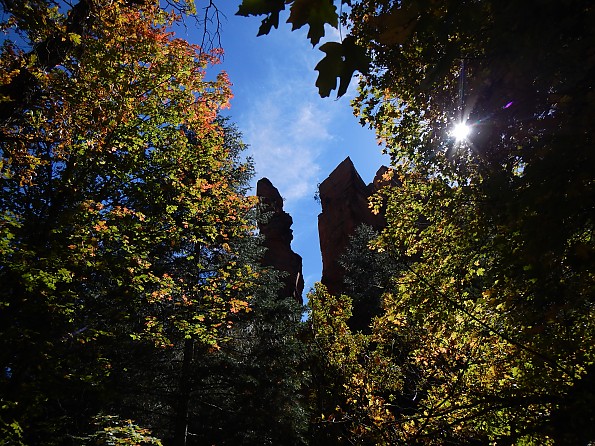 Just a pic I like from West Fork Trail near Sedona Arizona....we were turned on to this trail from a mention by The Rambler here on Trailspace. Thanks Ken! 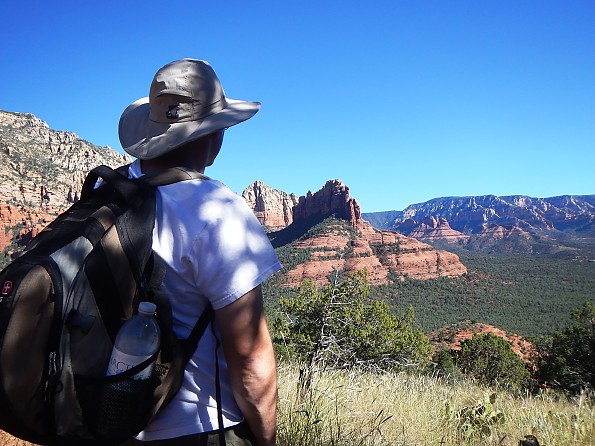 Looking down from Brins Mesa near Sedona Arizona in Red Rock Country. 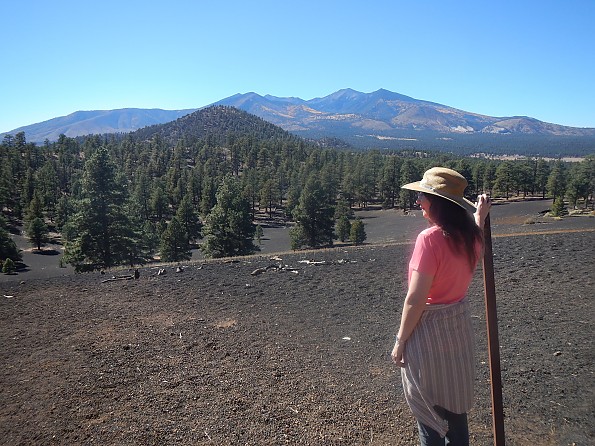 Susan gazing over the cinder cone near the sunset crater volcano north of Flagstaff (San Francisco Peaks in the background). 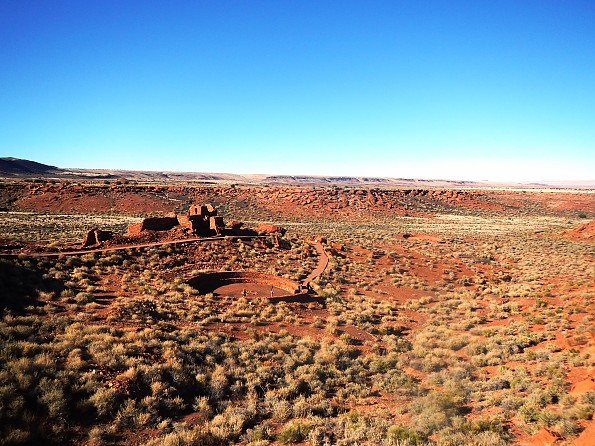 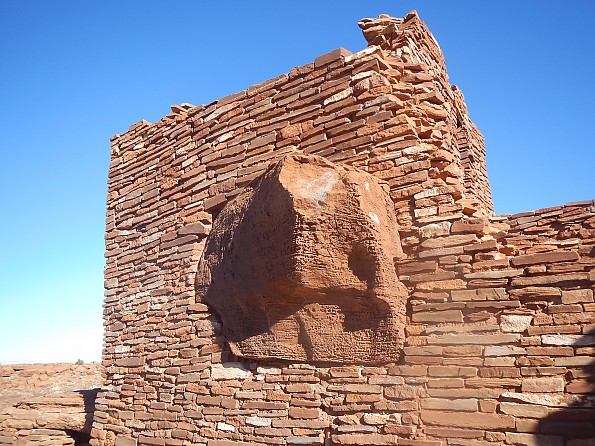 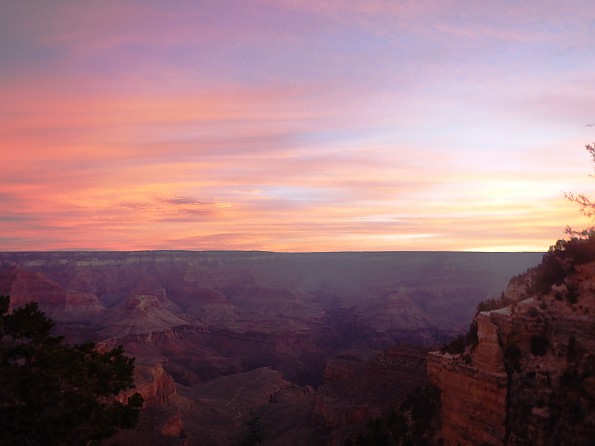 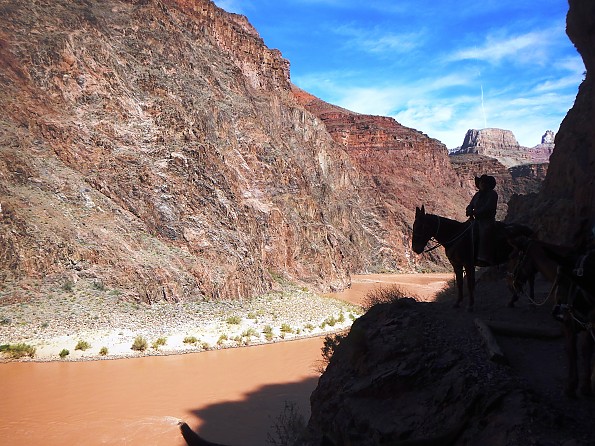 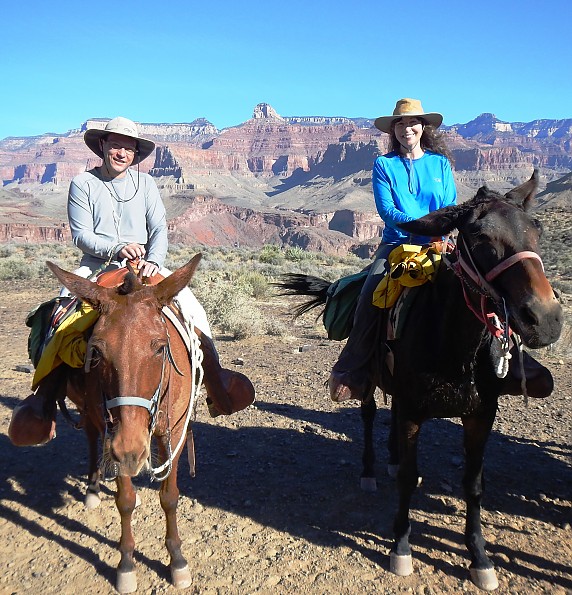 Me on Penelope and Susan on Algebra 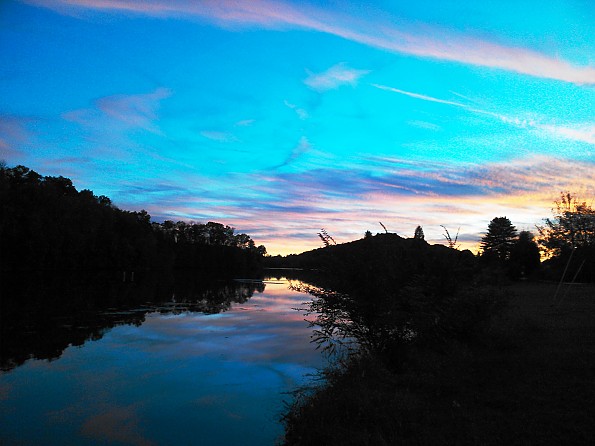 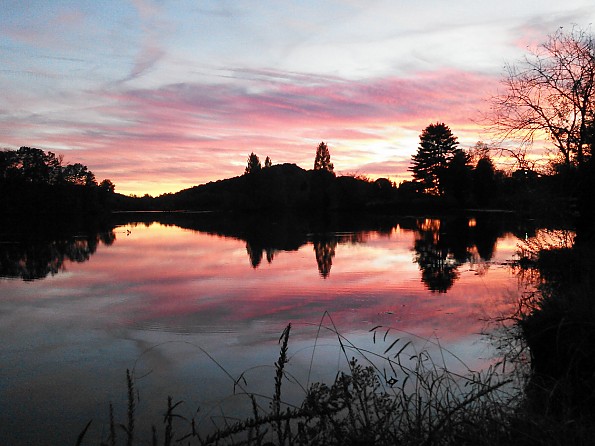 So we traveled 2000 miles from home to some fantastic places and yet saw one of the best sunsets when we got back home here at Haw Ridge only ten minutes from the house!

Great video and sweet pics. Looks like you've been busy!

Its nice to see your wife enjoying the outdoors with you...That is awesome...The Vids were great...Thanks for sharing...

Ha Ha Patman, awesome!  I was in Arizona last Wednesday to climb Humphreys (pics are in an album on this site).  Also toured Sunset Crater and took a photos from the Lenox Crater in the same exact spot and went to the Wupatki Ruins as well!  Didn't make it to Sedona or GC.  GC is next year's trip with the wife to hike rim to rim. 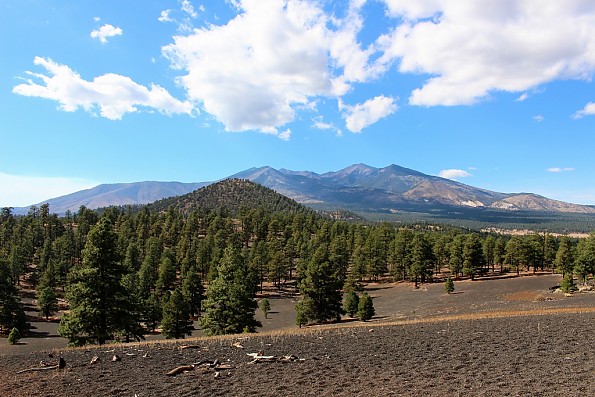 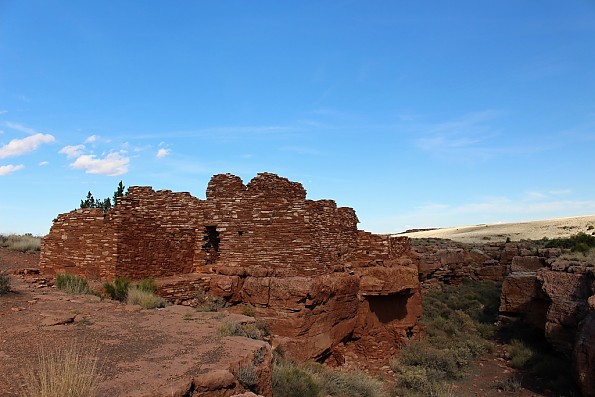 Rob that is neato! Did you drive the entire loop road in the Sunset Crater area? We did and one of my most favorite views of the whole trip was looking across the rolling, nearly-white grass fields towards the San Francisco peaks as you near the north end of whatever road number that was. I didn't even try to get a picture as from experience those rarely capture the moment. But that view was impressive. It was a little disappointing to not get to climb up to the actual volcano...I mean it's right there.

We actually spent 8 days in AZ, 4 in Sedona area and 4 at GC (two were spent riding mules). It's amazing country and very special for us to experience as life long easterners. I pushed Susan a little too hard on one of the hikes and had sort of forgotten how brutal that sun can be. Even with temperate weather it can really wear on you to be exposed for long periods of time. We took Soldiers Pass up to Brins Mesa (looped back across Cibola trail (sp)) and once you get up there, there just isn't much shade to be had. The Red Rock country is fabulous though and worth the exposure and so forth to see.

One morning I went for a run on the Airport Mesa trail in Sedona (our bodies were still on EST so I actually got up at 3AM local time) and that big bright moon and stars lit up everything so much I didn't even need my headlamp. Can't do that very often here at home....

I drove from the visitor center all the way north and eventually connected with highway 89,returning to Flagstaff. Running at 3am! Super! I like that Arizona is on mountain standard time. They don't play the daylight savings game.

Great pics and vids as usual, Patman! I envy your adventures.

Thanks Kevin, I'll have to pass on the cohutta this time but thanks for asking!

thanks and yes it's been a banner year for me for sure and I'm very fortunate to have been able to do such great trips; can't take anything for granted!

of course tomorrow is not promised to any of us which is also partly why we went ahead and spent the money on these trips; we do save for retirement but when the door opens on these kind of opportunities we jump through with big grins!

we live the debt free life style which takes a lot of patience and discipline since we forbid ourselves to ever do anything with credit; but we aren't afraid to invest in memories and experiences..

Very nice video's and pictures. I especially like the northern Arizona ones. I have hiked the Grand Canyon many times but never went in by mule.

What kind of camera did you shot the video's on?

Wow, Patrick! You have been on some amazing trips lately! I really enjoyed the video. It was awesome. I hope y'all had a wonderful time (it looks like y'all did)!

I am glad you took Susan to see Shining Rock Wilderness. I am sure she loved it! :) It is definitely one of my favorite places. Where did y'all go in the area?

Gary, most of the video was shot using a GoPro but a few clips were from a Nikon Coolpix AW110. I must admit I nearly opted to walk out of the Canyon rather than ride the mule. For someone who has never spent any time on an animal like that, it was really hard on the butt. Going up wasn't too bad but the descent was exhausting. My butt was sore for about 10 days after....

I've described it to everyone as a worthy experience that should be done once. But I'll stick to walking personally. :)

That Shining Rock trip was part of several days we spent in the general area. We hiked the ridge line across the Art Loeb mostly (stayed on the exposed high ground) but also did an off-trail segment in the Middle Fork wilderness adjacent to Shining Rock (from the Mountains to Sea trail) as well as Cataloochee on the way home.

I have thought about learning to ride a horse or mule so I could go into the backcountry with more supplies to stay longer.

Nice! Did y'all hit the Stairs Mountain/The Narrows section of The Art Loeb?  That thing is a beast.

This stuff is brilliant! Thank you, Patrick!!!!!!!

Great pictures and videos, Patman. It's so nice to see you and your wife enjoying the outdoors together.

You have had some excellent trips this year. Thanks for sharing them with all of us.