Short trip to the Smokies

So the wife and I had a 2.5 day loop planned out in the GSMNP starting and ending at Clingman's Dome.  However, once getting up there we determined it was just too damned hot for for such a demanding hike so we just decided to do a few day hikes instead.

Our first hike was to the Chimney Tops in the park. It's a 4 mile out & back up to one of only a few rocky summits in the park with no trees.  It was a beautiful hike through the woods with lots of impressive stone steps and several river crossings near the trailhead.  Once you near the top there is a pretty good rock scramble to reach the summit. 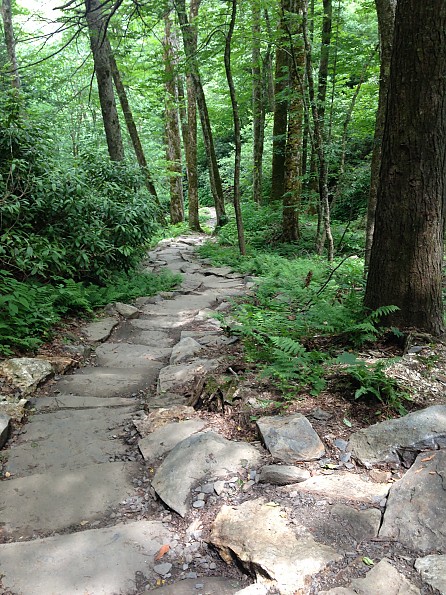 Portion of the Chimney Tops Trail 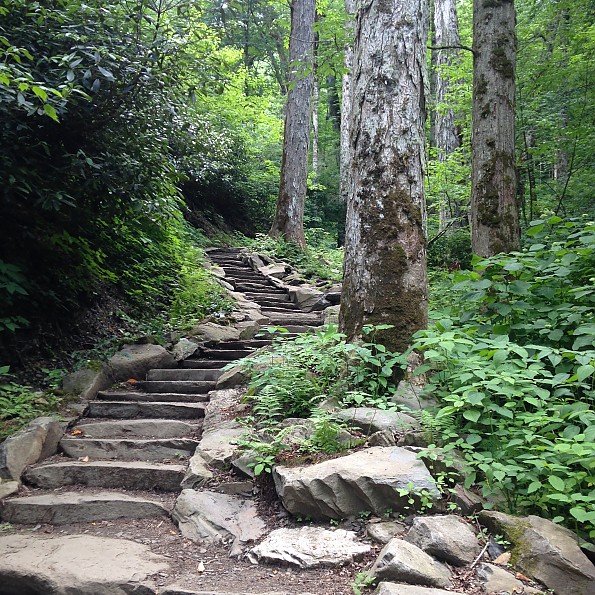 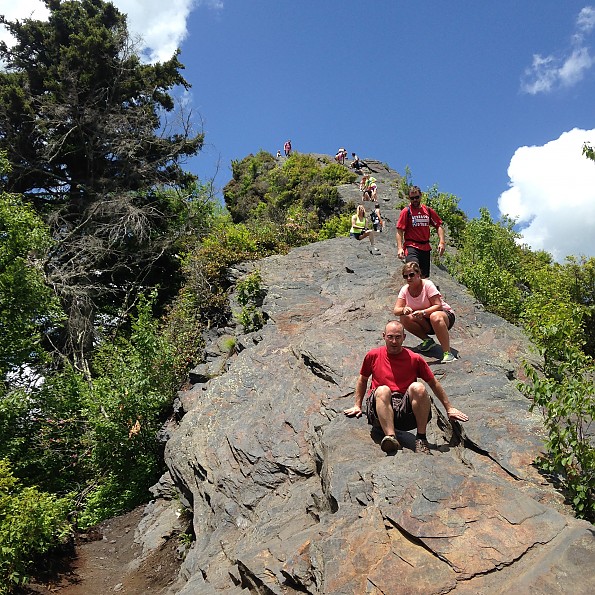 It was crowded though and the rock was HOT.  Made the scramble pretty difficult and you had to wait awhile to let those climbing down to pass as there's not a whole lot of room up there. 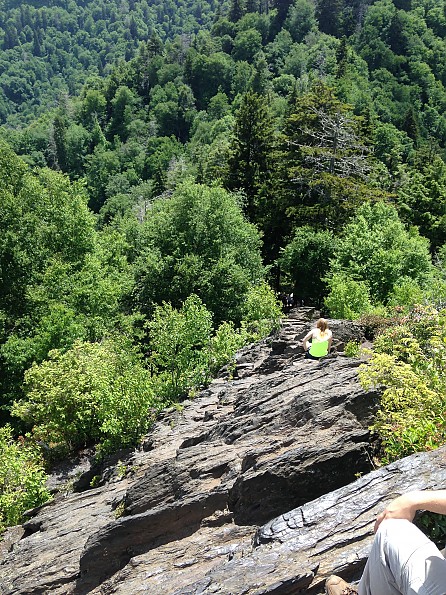 A view down from about 3/4 of the way up.  There were probably still 6-8 people attempting to scramble down passed us, so unfortunately, this was a far as I made it.  A pretty awesome spot though, and I'd love to return and hike this trail again in the early morning to beat the crowds.

The next day we drove along the Blue Ridge Parkway and hiked a small portion of the Art Loeb Trail.  The trailhead is located on Black Balsam Road which intersects the parkway at about mile marker 420. This trail starts out in the woods but quickly emerges out to several balds.  We had only been about a mile or less when we summitted Black Balsam Knob.  We noticed various campsites and made up our mind that we were going to return here to camp for the night.  We spent another half hour or so exploring the bald before returning to the car.  There were various bear warnings and even some camping prohibitions put in place on adjacent trails, so we stopped on the parkway and ate our dinner prior to returning so we didn't have to worry about taking any food as there is no place to hang up on the bald and I didn't have a bear canister.   We did bring in a couple beers and a bottle of wine to enjoy as we watched the sunset that evening.  We had the whole mountain to ourselves as there was only one other couple camping but they were a few hundred yards away near the top of the first and smaller bald that the trail runs over.  The weather was cool and windy with clouds lurking to the west which eventually provided some rain overnight.  We woke up just before 6am and were treated to one of the most awe-inspiring sunrises I've had the privilege of witnessing.  We spent about an hour or so enjoying the views before packing up and heading back...a very short & easy but no less enjoyable little trip. 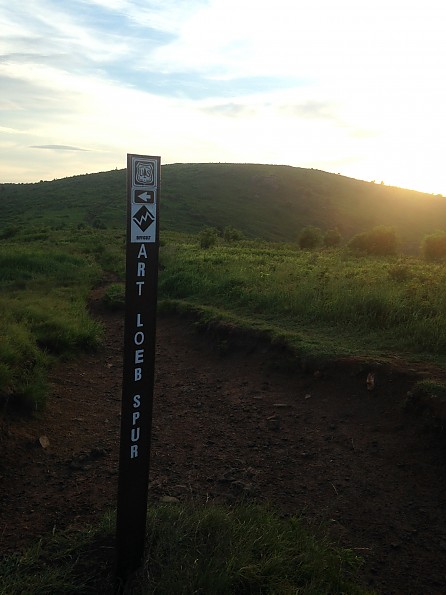 Trail marker with Black Balsam Knob in the background 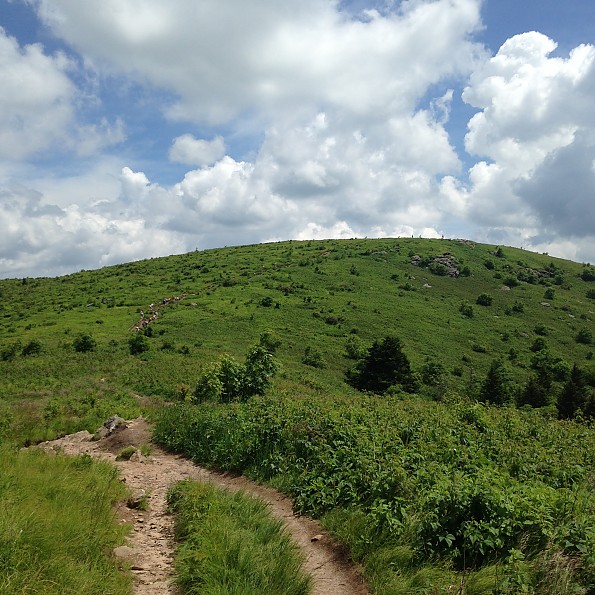 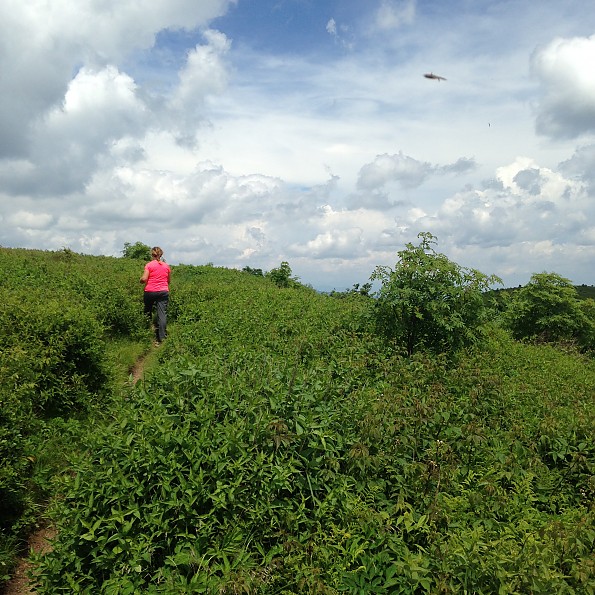 Although it was a little early in the season, there were tons of what appeared to be both blackberry & blueberry plants all along the trail. 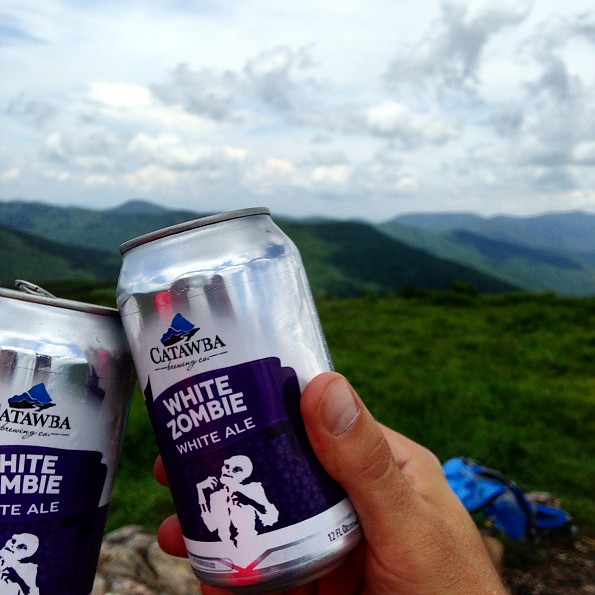 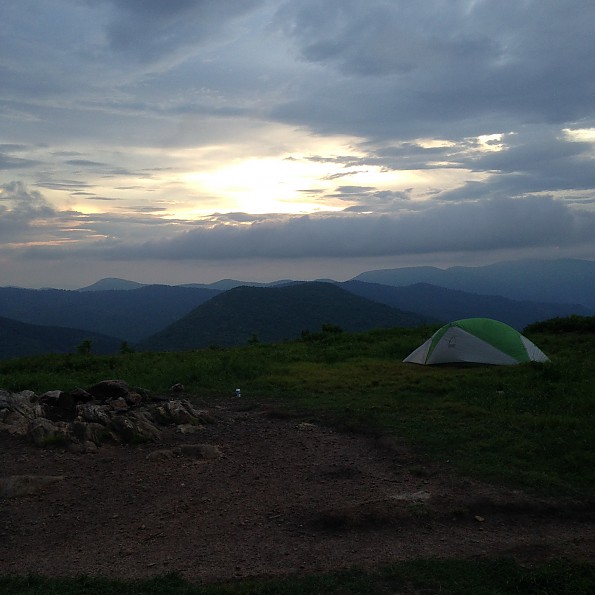 Our spot for the night.  The summit marker is right near those rocks 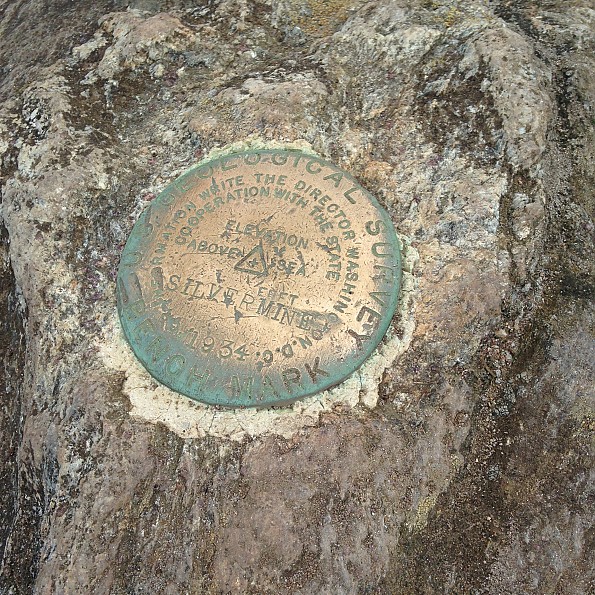 The elevation seems to have worn off over the years but from what I've read it sits at 6,214 feet. 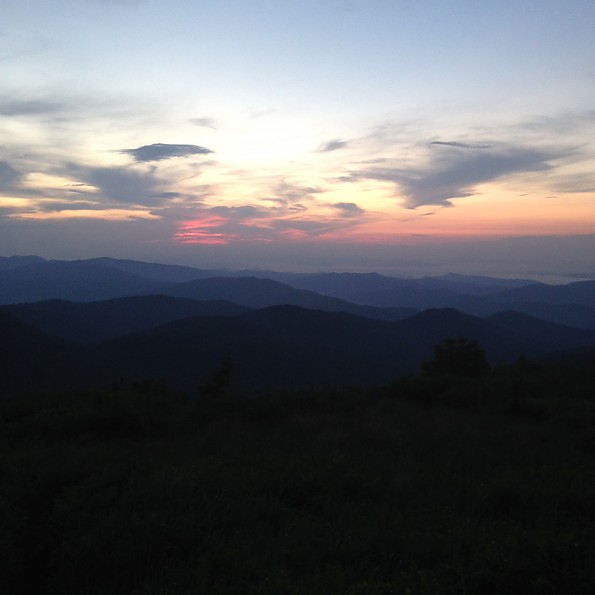 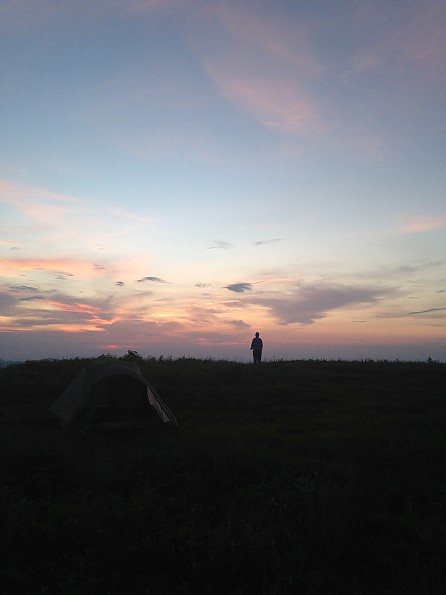 The solitude was great 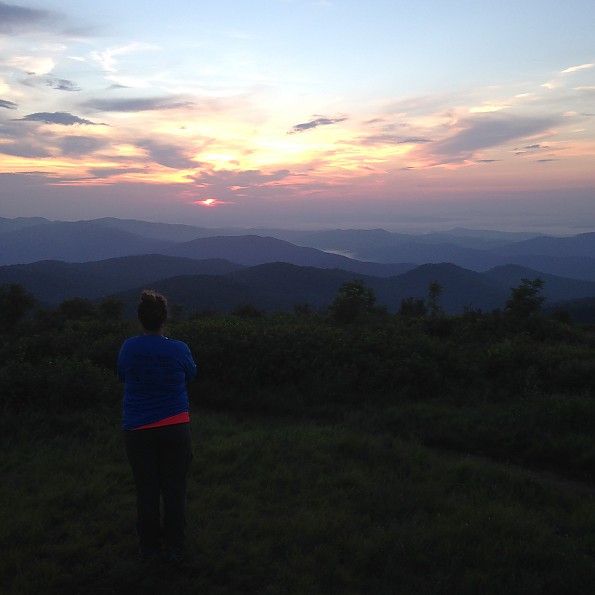 So although we didn't spend as much time out in the wilderness as I would have liked, we did have a nice little trip and a memorable night out on Black Balsam.  There are great loop opportunities in this area as well for anyone interested.

Wow, can't believe you had that summit to yourselves on a summer trip. very cool..

PS Hey Catawba beers are good huh? They are proud of them though: in Knoxville they sell for $11.99 a six pack at the only pace I can get them.

It was a weeknight on Black Balsam, but I was still surprised as well!  We enjoyed a ton of local beer we enjoyed while we were up that way but you're right, they can be pricey.

Aah, but worth the price in my opinion...nice report and photos. We are heading that way tomorrow on the way home and may try to hit Black Balsam on Sunday. I hope you stayed cool up there in the heatwave.

Great report. Thanks for posting!

1) In the photo where you reference blueberries and blackberries, what is in the  sky near the upper righthand corner of the photo? Helicopter perhaps? Was air noise common in the area?

2) How many summit brews (or summit sodas as I like to call them) do you typically pack? I usually don't pack more than one per person (both saves on weight and is the "responsible" thing to do. Haha.

Great pictures of your trip. I know after seeing the pictures of the climb up the Chimney Tops my gf will go say Heck No I'm not climbing up that..lol

Great views from the summit. I haven't seen those beers around here. I will have to look for them

Kiwi: After looking I think it's just an insect of some sort buzzing around the camera - either that or I captured some sort of UFO :)  And we normally only pack one "summit soda" per person as well.  Since it was a short trip with a light pack, we also brought a bottle of wine to enjoy as we watched the sun set that night.

Ewker: The Chimney Tops is definitely not for the faint of heart...its a pretty healthy climb.  Fairly easy aside from one part near the middle where you have to overcome a rock face about 6' tall with very few footholds.  That Catawba beer is brewed in Asheville.

Thanks so much for posting the photos and letting us "tag along" as it were.

I haven't been in that area for 20 years or so, brings back fond memories!

Thanks for sharing that...Looks awesome..Hope the sunset just topped the day..

Beautiful places. I love the mountain and sunset.