My first time attending Rockfest this weekend was truly inspiring and stoke-building.

I got to meet and climb with some world-class crushers. One attendee commented that he'd put the fitness and BMI of this group against that of any other gathering in the country and he bet that we'd come out on top.  Seriously though, shaking hands here, with men and women, was a reminder that the whole world had not yet become fleshy milk-sops. 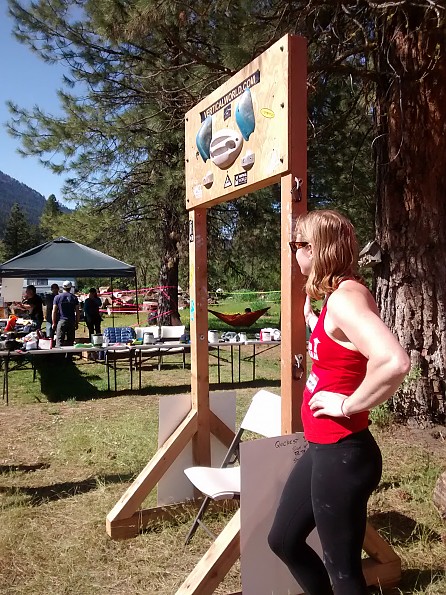 Vertical World had various contests of strength like this pull up rack.  The young lady in red slammed out 23 pull-ups from an open crimp!!!  The winning guy cranked out 53!!! Say all you want about how pull ups aren't the only measure of climbing strength or whatever/blah blah blah because 53 pull ups is frigging amazing. BTW: They were not cross-fit pull ups, they were real ones!

What? you asked how many pull-ups I did? Well, um, 13 :(  I was winning for a while, not a long while, I had already been climbing that day as well so whatever, stop judging me ;) 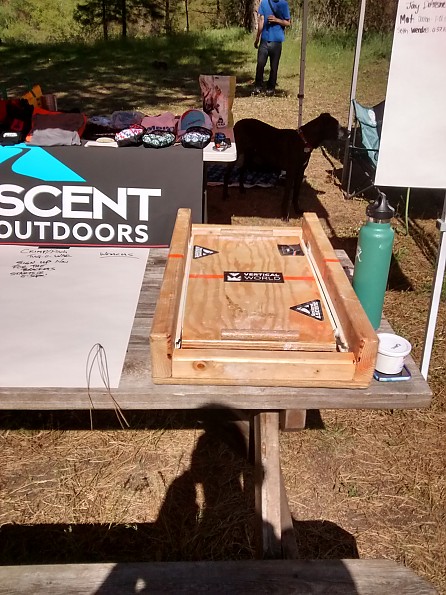 Another one-on-one grip challenge where your grip is put against another person's, very cool 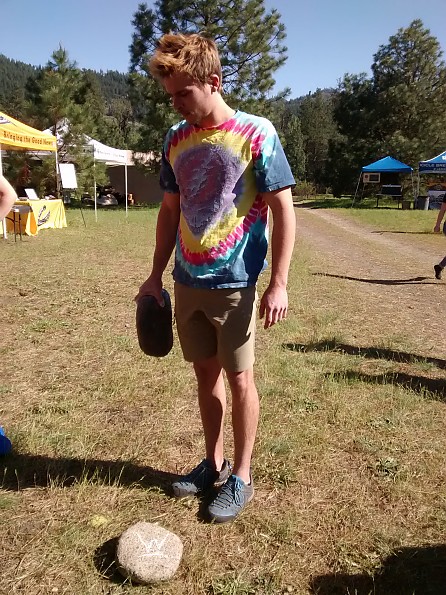 More feats of strength!
The aptly named: How long can you hold this rock contest.  I was 4th in the men's division. Only awards for winners here, no participation trophies. 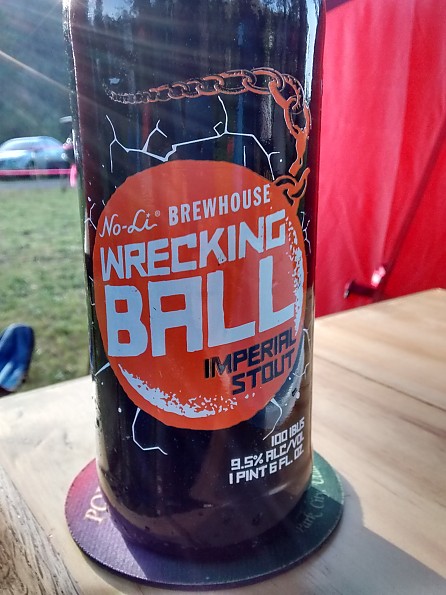 I ran out of my home brew pretty fast so this happened. 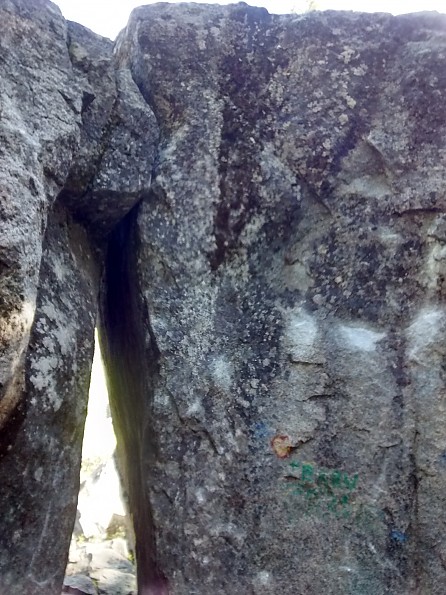 "How chalk got on these marks would shock and amaze you.  I won't name drop (a habit I abhor) but some of these boulderers were seriously amazing. 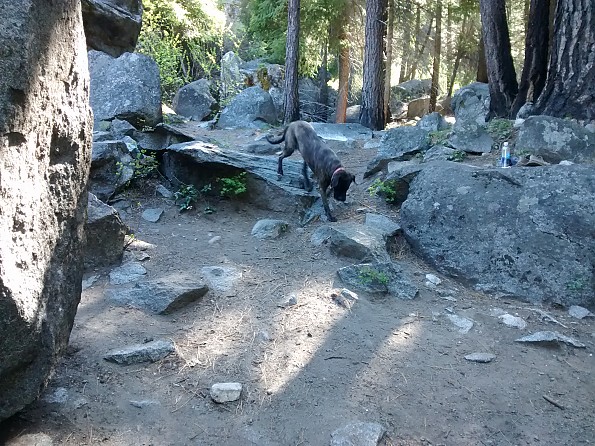 Everyone knew me as "The guy who owns Lady the dog." She was so happy that so many people came from so far away just to scratch her belly and tell her what a good girl she is.  Except for the people with the little puffy yappy dog; pretty sure they hate us now.  Sorry about that.  Actually by, the icy response I got to my apology for Lady snarling at their poochie I know they hate us.  Maybe it was for me trying to play the whole episode off with a, "Lady mistook your pooch for a cat," joke, which actually went over well with most everyone else.

I got to participate in educational seminars about climbing responsibility put on by the USFS climbing rangers and Black Diamond reps. They were much cooler than they sound.  There was also >$6,000 worth of free gear given away in raffles.  We also sampled some Icicle Brewery ales and generally enjoyed the fraternity of the sport.  I probably gained five new potential climbing partners. 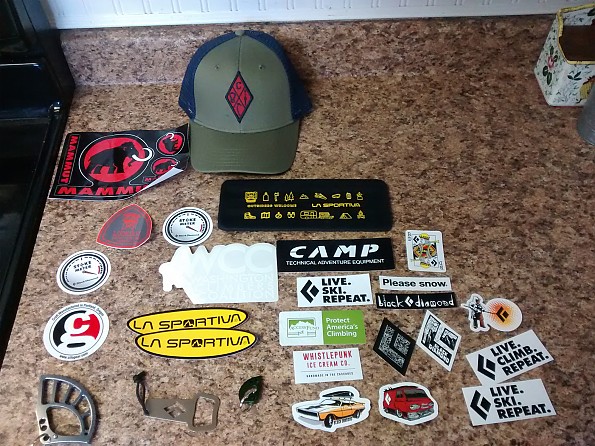 Tons of free stuff as well.  No idea where I'll place all these stickers.

After the official events ended I busted out my ukulele and hung out at several of the campfires, sang songs and shared a 5-gallon keg of Rocky Coulee stout that mysteriously arrived.  Jameson and other things only legal in a handful of states were there too, not my thing but w/e.

Hey what's a real pull-up? I hate pull-ups and so I make myself do 10 every day to start my workout. We have an apparatus in our gym here at work that has handles and a metal bar. I change my grip each day to slightly alter the muscle groups. I use the handles one day, overhand the next, underhand the next, etc...

Pat, when I say real pull ups, I exclude "kipping" pull ups where the user swings their legs wildly to make them easier ala Crossfit.

ah ok, no regard to grip style?

The board had climbing holds so it was limited to palm-away, open crimp style

At one time I was able to do 20 finger tip pull-ups, but that was back around 1981. Looks like a fun time for all and I think I'll head over next year and hopefully they have a senior division for all the contests. Leavenworth and Icicle Creek are great place to spend the weekend or any day for that matter.

I was thinking about this and I don't know that my hands are strong enough to any pull ups using that type of grip. I've never tried those things.

Sounds like a great event! But as an outdoors enthusiast with a BMI of mumblety-mumble, I cluck disapprovingly of your comment on soft people. Understood, tho -- ya gotta be lean and trim and hard for rock climbing. Soft people have other fun instead.

I'll cheer you on in rockclimbing and enjoy my hiking and scrambling and kayaking. Haven't yet let being plump keep me from being outdoors doing fun things. Keeps me limber and active and stronger than I look. Keeps me off cliffs too :)