Caprock Canyons is a state park in the northwest portion of Texas and sort of an extension of the famed Palo Duro Canyon which lies further north.  The canyons were home to Native American cultures nearly 10,000 years ago and explored by the Spaniards in the 1500's and 1600's.  In the 1800's it was cattle country and farming.  It became a state park in 1982.  There was an old railroad grade which ran between the towns of Estelline and South Plains over a distance of 64 miles.  It travels roughly on the edge of the caprock escarpment and passes through three counties.  The railroad was active here until approximately 1985 and then converted to a hiking, biking, horseback trailway.  It can be "thru hiked" if one desires.  Water is an issue because there are no natural water sources along the trail.  There is a tunnel along the trailway that is a summer home to the Mexican free tailed bat and up to a million bats may reside there during that time.  I hiked to the tunnel (5 miles one way) and spent the night.  I didn't see any bats but I did check out the tunnel.  It seemed the bats had not arrived yet. 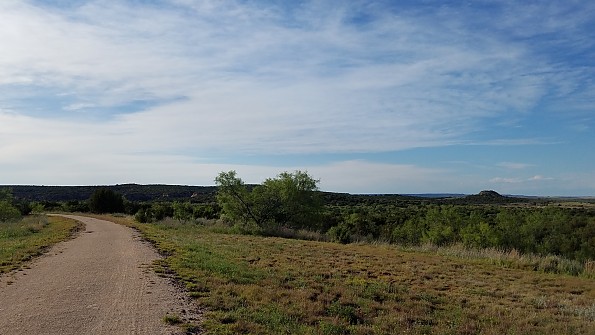 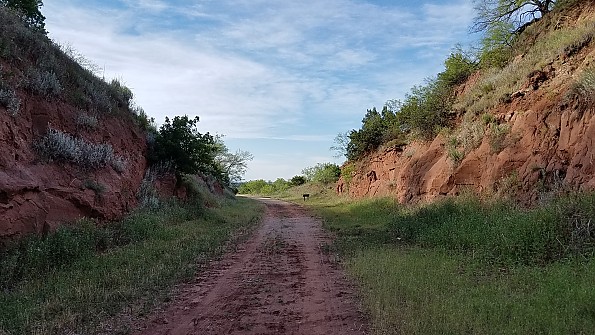 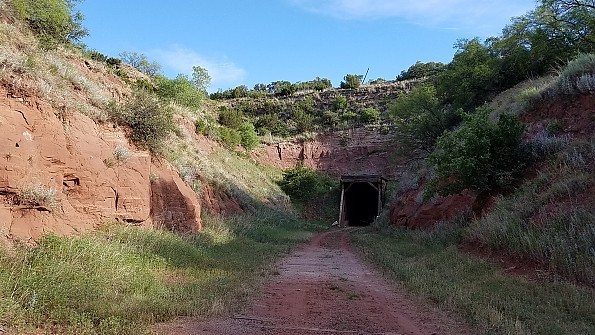 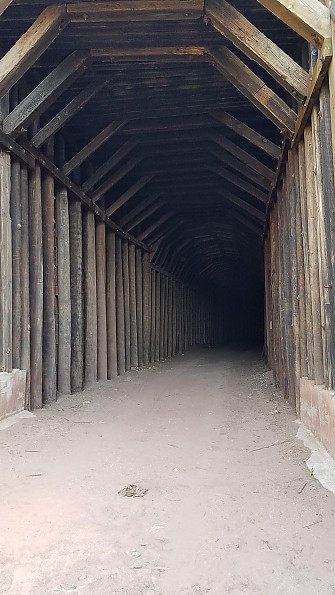 An ammonia odor was pretty strong at the tunnel entrance.  Further in the ground is covered in guano.  I didn't walk through the tunnel but it's about 1/4 mile long. 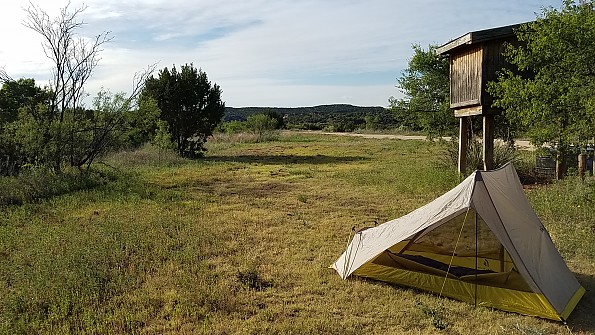 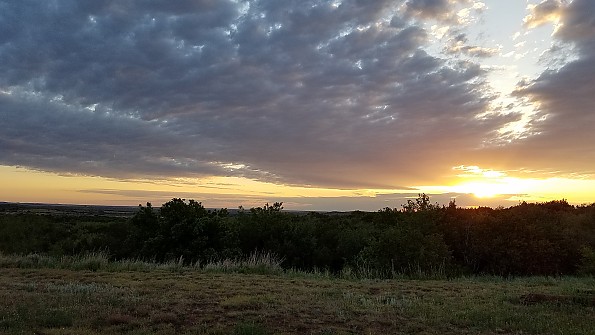 Turn up your volume to max.  At the beginning and at 11 seconds you can hear the call of the Bob White Quail.  They are masters at hiding.  I walked around but couldn't find him.

Video is coming up as unavailable Rob :(

So does the trail pass through that bat tunnel or is that part optional? The tunnel part sounds fun, but I'm not sure about breathing in that air or what might be in it.

Thanks for sharing this one. A very different looking trip than we get up here.

It does pass through the tunnel.  I know people walk and ride their bikes through it.  It's probably wise to wear at least a dust mask.  I'm working on the vid.

Neato Rob, thanks for sharing

Thanks Rob! I'm in North Texas and have thought about doing Caprock for a couple of years now. May get my chance this fall though. :-)

So many different wonderful places to explore!

From your video and recording, that was quite a terse bobwhite.

During my childhood, their call was a nostalgic sound heard only in that magical place my vast family homed to in North Caroline.  Then I went camping on a regular basis here in NC, and couldn't sleep for the dang things calling all night, at the top of their lungs!

Nice Rob! How far is that from Guadalupe Mountains? That is one of my favorite parks and seems like it would be nearby...relative to Texas.

5 and a half hours to the south, about 325 miles to get to Guadalupe Mountains.  Big Bend is several more hours after that.

I guess that's in the neighborhood by TX definitions...never realized how big the state was till I drove across it!

You can drive for 12 hours and still be in Texas!  Driving in W. Texas is easy though due to little or no traffic.

Rob I like your trips...Lesser known and often off the beaten path.I have to admit never been to Caprock.I be in Texas this winter might as well pencil that in and make my way...Thanks for sharing that....

Rarely do I see people in the places I pick to visit.  I prefer it that way.