I was on a backcountry trip a couple of weeks ago that started out of the Red's Meadow Resort outside of Mammoth CA and stayed in one of their hiker cabins the night before starting my trip and thought I would pass on a little about the cabins. 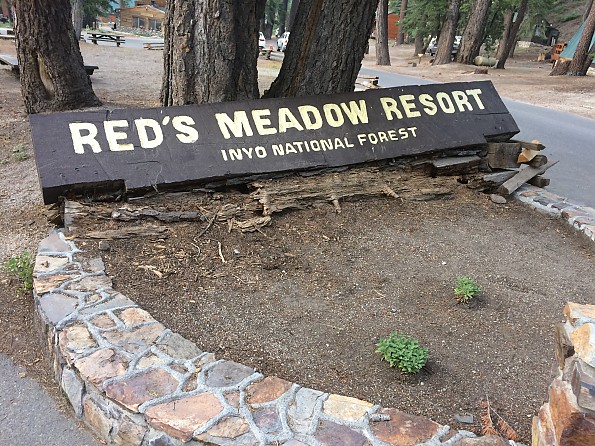 I stayed in the "East" hikers cabin and overall thought it was a pretty good deal. Here is a shot of the outside of the cabin. 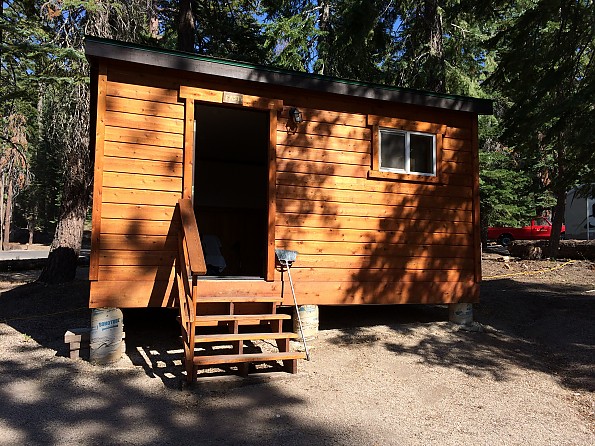 The cabin is pretty basic in that it has bunk beds and a futon type couch along with a couple of simple chairs, so it sleeps three on the beds, but there is ample floor space to squeeze in a couple more. The cabin doesn't have any heat source or a bathroom, but does have outlets and lights and the bathrooms and shower are not too far away. 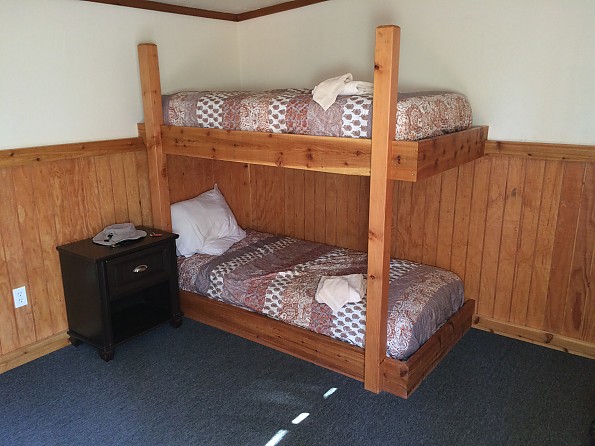 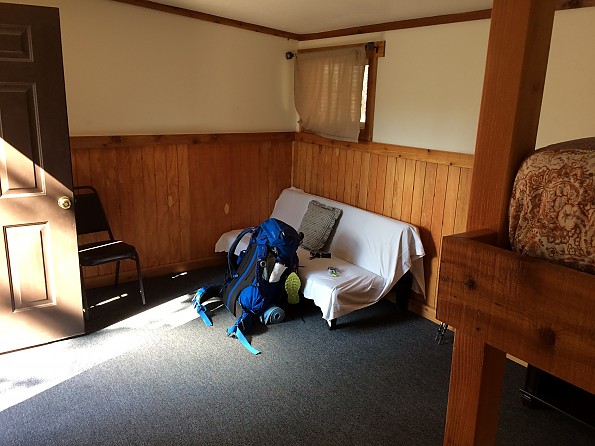 For one person the cabin cost me a total of $61.00 which maybe isn't really cheap, but is par for the course in California. The cost does include tokens for a shower, so I thought it was a pretty good deal.  The resort has a great restaurant called the Mule House Cafe and when you combine that with the fact that your just steps away from the JMT and a number of other great hikes, I think these hiker cabins are a great way to start your trip.

I first met up with Bob Tanner RIP in 1979. I have ridden with the Red's Meadow gang several times taking a horse packing school and a 65 mile horse drive. His son Bobby now runs the show and in his spare time shows the 20 mule team with new reconstructed wagons.  There is no better pack outfit in the Sierra. McGee Creek is right up there.