I haven't been out much this year due to having no available vacation time for long trips.  But I have been able to get out for a few dayhikes.  Yesterday I went to White Chief Lake, out of Mineral King in Sequoia NP.  There is a trail that goes to White Chief bowl, which we used as a jumping off point.  Not far in from the trailhead you get to the lower White Chief basin: 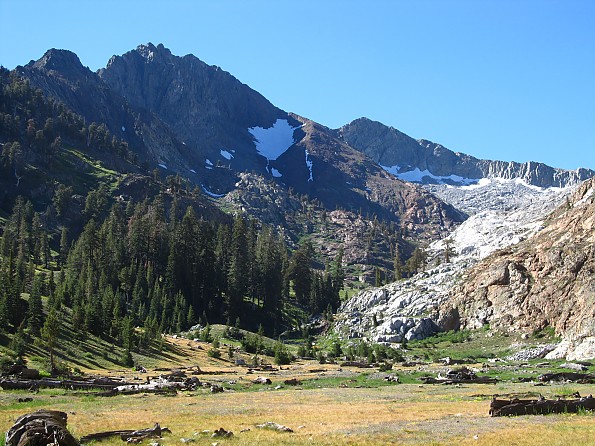 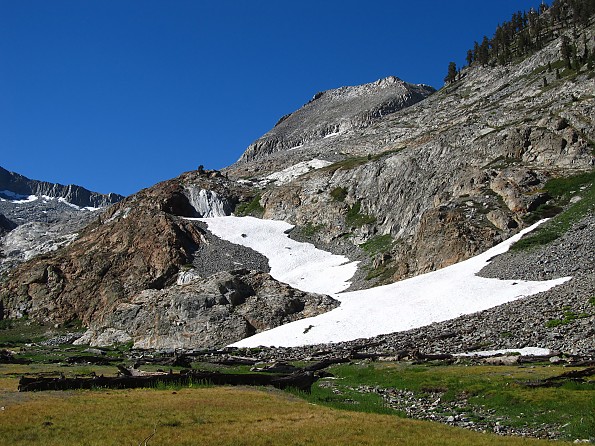 White Chief Lake is on a shelf at the base of the short cliff about 3/4 of the way up the slope in the above picture.  There is no trail, just a lot of scrambling up the face to get there.  The lake itself is, by sierra standards, nothing much to write home about: 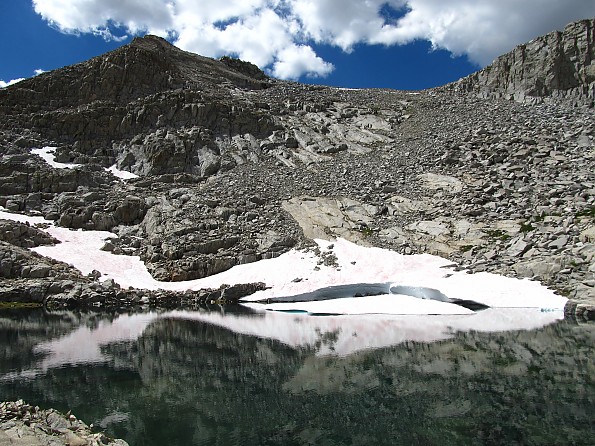 The reason I like White Chief Lake is not because of the lake itself, but because of the views from the outlet.  There is a small pool in the outlet stream right on the edge of the big face, and it takes on the appearance of a zero pool, with the southern end of the Great Western Divide as a backdrop (Patrick, the peak about a third of the way in from the left in the first picture below is Sawtooth): 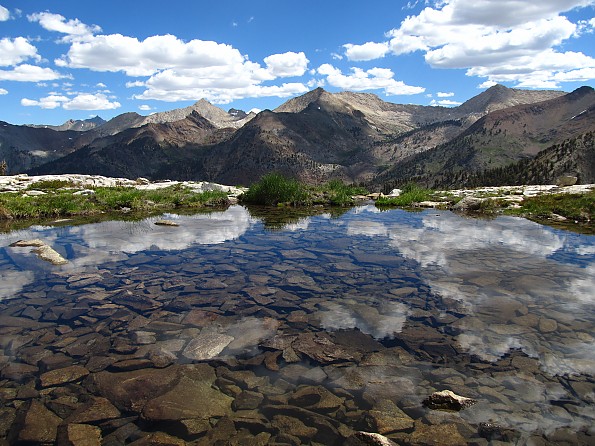 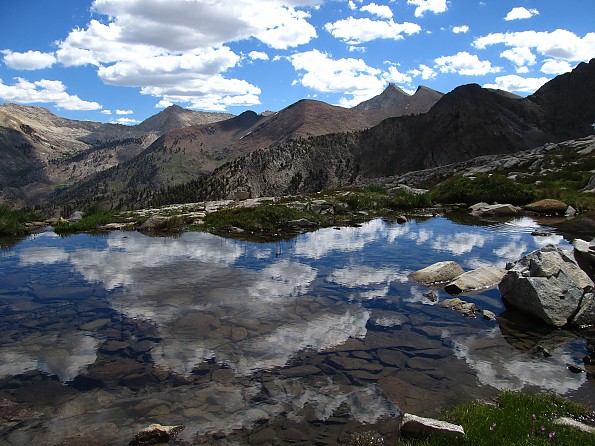 White Chief also has a lot of interesting geologic features - Two different granodiorite plutons, with a large remnant roof pendant with marble, schist, slate, and hornfels.  There is a lot of marble with a well developed karst, and numerous caves.  Here is a stream coming out of one of the caves: 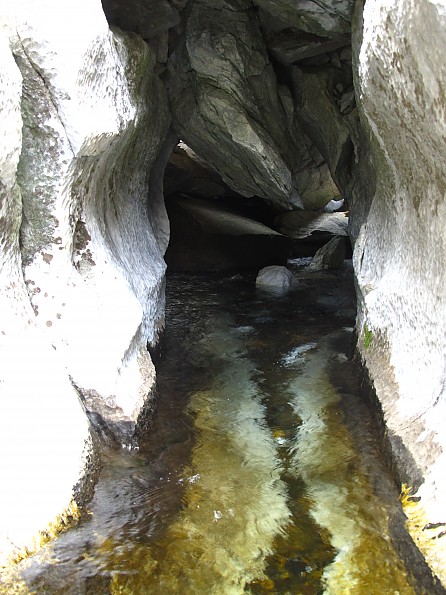 At White Chief Lake, the clouds were building quickly, so we didn't stay there for long.  It is far too exposed to be a good place to stay during a thunderstorm.  After we got back to the trailhead we stopped for burgers at Silver City, and we could hear thunder coming from the area where we were that day.

Nice cloud reflection in those pool shots. I'm always a sucker for good reflection pictures like that.

Beautiful pics! And the cave pic looks so inviting!