After our Iceland hikes this summer, we made our way to Seydisfjordur on Iceland’s east coast to take the ferry to Denmark via the Faroe Islands. 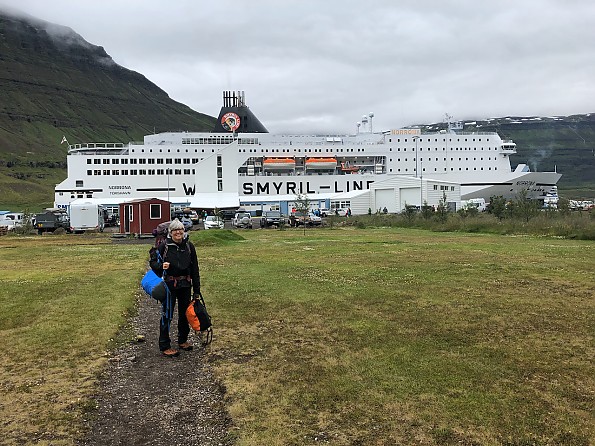 The ferry company, Smyril Line, is Faroese and makes it easy to plan a layover in the Faroe Islands, in our case about 3.5 days. The ferry rolled into Torshavn, the capital city (population around 20,000)  at something like 3 AM, so rather than pay for a hotel for a few hours’ sleep we just walked a few km to a little campground on the outskirts of and put up our tent. 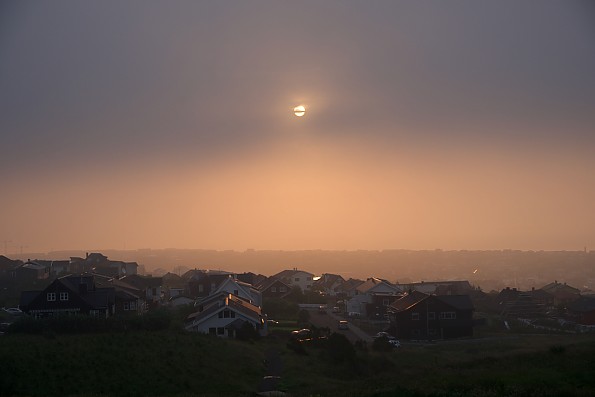 For the next two nights we stayed at a kind of hostel that uses student housing that is unoccupied in summer. The three biggest islands that are linked by bridges and the driving times aren’t all that long so that worked as a base camp for the brief time we were in the islands. Because bus transport options were rather limited, we arranged a car rental. The islands are otherwise thoroughly modern, I guess fueled in part by offshore money.

I had found a free guide to hikes on the Faroes online and had it saved as a pdf. After sleeping in a bit on our first day, we waked around Thorshavn, then hiked over a ridge to the tiny settlement of Kirkjubøur, to check out the 700-year-old ruin of Magnus Cathedral and its accompanying 900-year-old farmhouse. 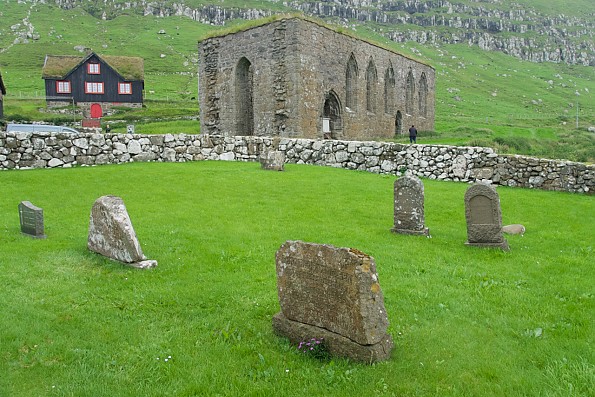 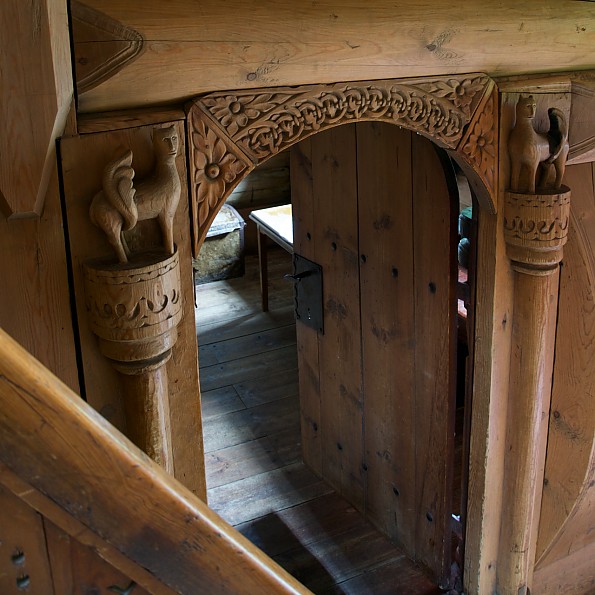 On day two we went out to the Mykines, the Faroes’ westernmost island, known for its bird nesting colonies. It is one of the smallest inhabited islands and has a single village with the same name. Access is via a smallish boat that goes twice a day and has a limited number of places, setting a limit on the number of visitors that can get to the island each day. We made our boat reservations while we were still in Iceland. 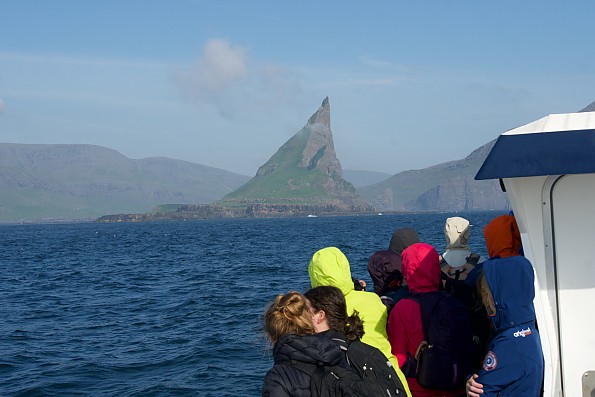 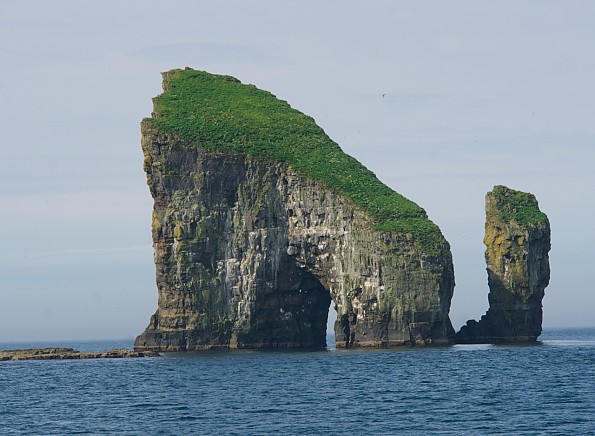 On the way out of the harbor at Sørvagur, the boat goes by the eye-catching, Suessian island of Tindholmur and a nearby sea arch and sea stack, then along the sea cliffs on the south side of Mykines almost to the island’s western end. It lands in a “harbor” that is little more than a cleft in the rock, with hundreds of kittiwakes nesting on the walls. 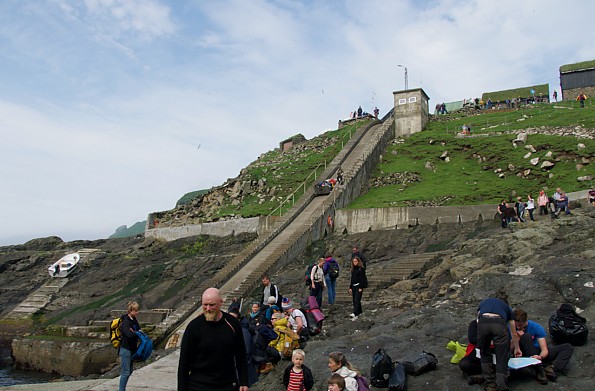 Steep steps up from the landing lead to a small village set in amongst sheep grazing pastures, with a small hotel (we stayed only for the day, but if we’d been in the islands longer it would have been pretty sweet to stay the night), a coffee shop and a few other amenities, and trails leading up to the ridge that goes out to the nesting colonies and out to a lighthouse on the island’s eastern end. It turned out that the ridge walk out to the light house and gannet colony was closed to protect the birds during the summer nesting season, understandable but disappointing, so rather than join in the surge headed up to the puffin colony we decided to go east first. 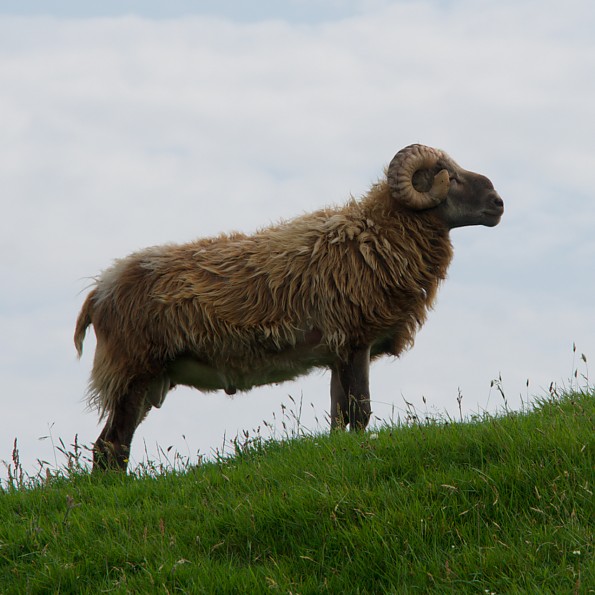 Outside the village the island is all grassy sward ending in sea cliffs on the north side, occupied by sheep, whimbrels, and fulmars nesting on the cliffs. Most of our fellow tourists went right for the puffin colony, so we only saw a few others on eastern hike. 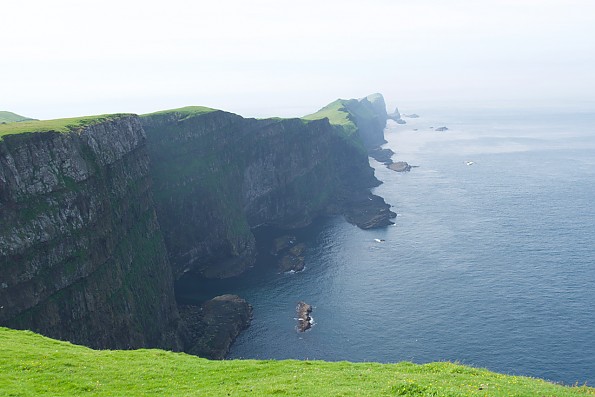 Eventually we followed the of the cliffs toward the puffin colony above the village, where there seemed to be almost as many puffin watchers as puffins. 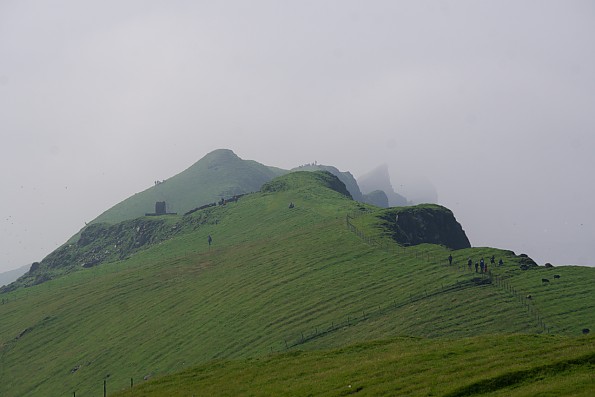 But the puffins are pretty used to all the watchers, so it’s possible to get within a few meters of birds sitting comfortably on the grass and rocks. They nest in burrows on the steep slope below. It sure would be nice just to go up there on a summer evening after all the day visitors (like us) have left. 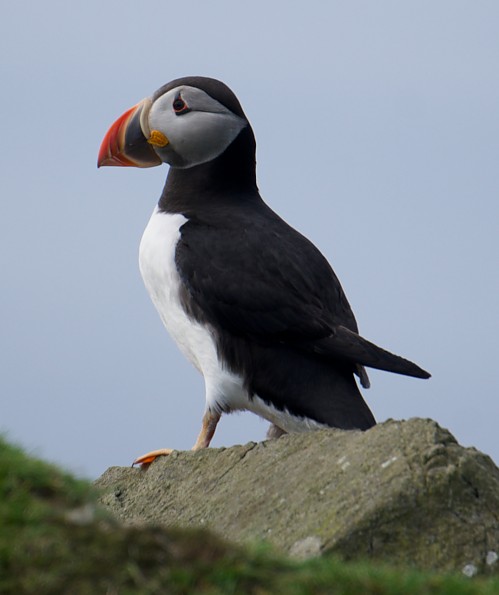 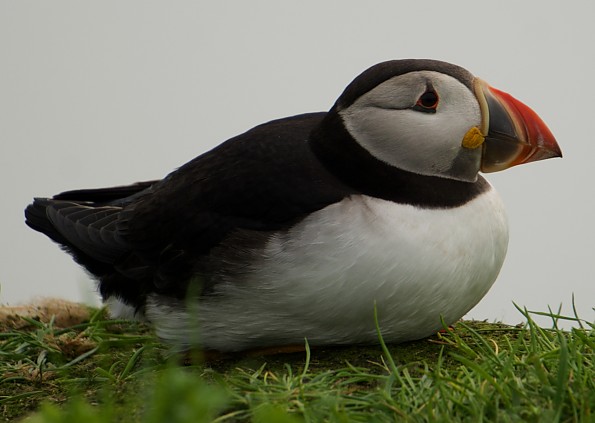 We had originally planned to do a few more short hikes on day three, but at a tourist office we learned about a sea cave boat tour on the west coast of Streymoy that seemed pretty cool, so we decided to play tourist and booked an afternoon tour. That gave us the morning to hike up to Slætteratindur, at 880 m the islands’ highest point, which turns out to be pretty easy because there’s a road over a pass that gets you up to 300 m or so. 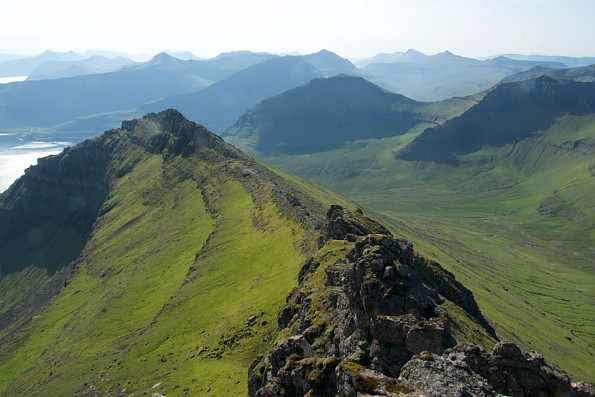 We still had time to visit yet another unbelievably quaint village, Gjogv, where I took a solo power hike up to a nice viewpoint above the village. The boat tour was very much a tourist thing but as cool as advertised. We had relatively calm conditions so I don’t have to worry about my seasickness and the skipper was able to pull some moves that wouldn’t happen in rougher conditions. 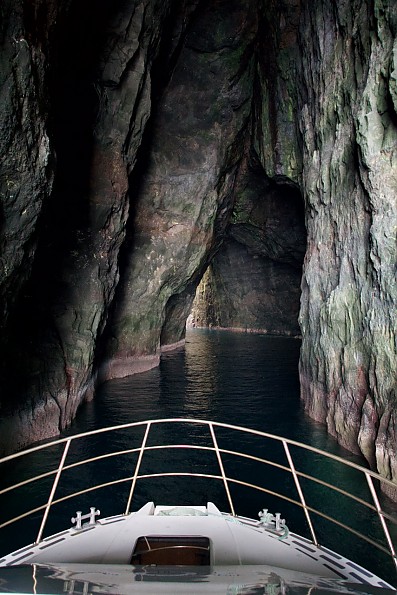 At one point we went through into sea cave that seemed impossibly small for the boat, and out the other side. Could be really fun sea kayaking on the right day, but not for the faint of heart on many other days – it’s a long way between even marginally possible landings.

The ferry to Denmark left at something like 10 PM that evening. It turned out it was the day for before Faroese national day, but the festivities in Torshavn were already well under way, with boat races in the harbor and a lot of people out in national costume. 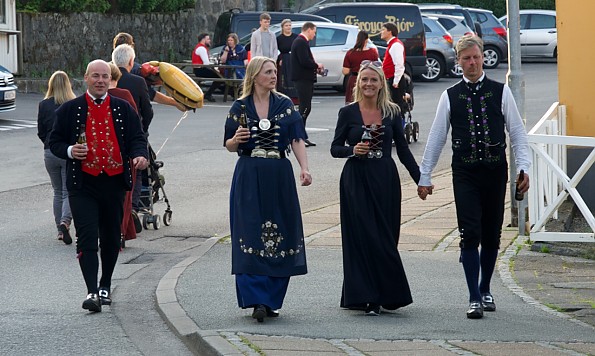 We were worn out enough by the days travels that we ended up hanging out by a little light house above the ferry terminal, waiting to get on board and check in to our cabin. Like the ferries between Norway and Denmark, it’s a bit of a floating party and shopping center, with duty-free shopping for those so inclined. It was neither time- nor cost- (or maybe even carbon-) efficient compared to flying, but it seemed like a good idea at the time, and gave us a chance to briefly visit the Faroes. From Denmark, we took another ferry over to Norway the travelled back to Trondheim via Oslo by train.

I have another friend who went to the Faroe Islands this summer as well and his pictures were also stunning.