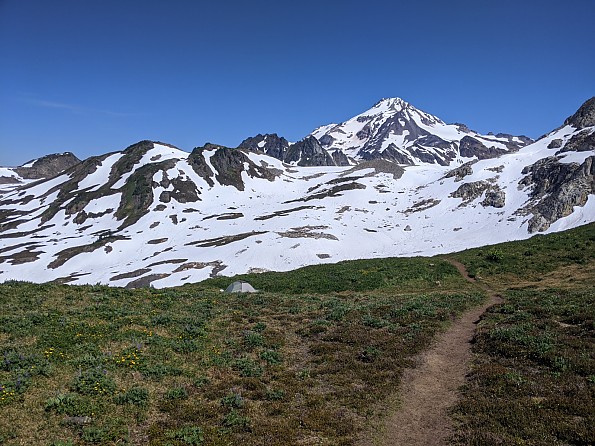 Ever since I started climbing six years ago I've had the goal of summiting all of the volcanoes in Washington; Mount Baker, Rainier, Saint Helens, Adams and finally, Glacier Peak. Some people also count Mount Hood in this list which is in Oregon but is really close to WA.  So, five or six, depending on how you count it, I finally got them!

Glacier wast he hard one. Just to get to high camp is a two day, 15 mile trek that gains 7,000 feet through undulating but mostly uphill terrain.

The summit is unknown to most Washington residents because its not visible from any major cities or basic, overly popular hikes like Mount Si, Colchuck Lake, Mailbox Peak, etc.

Our first camp was in alpine meadows where we were serenaded by mating ruffed grouse.

We still hadn't seen the mountain when we reached high camp at windswept Glacier Gap. 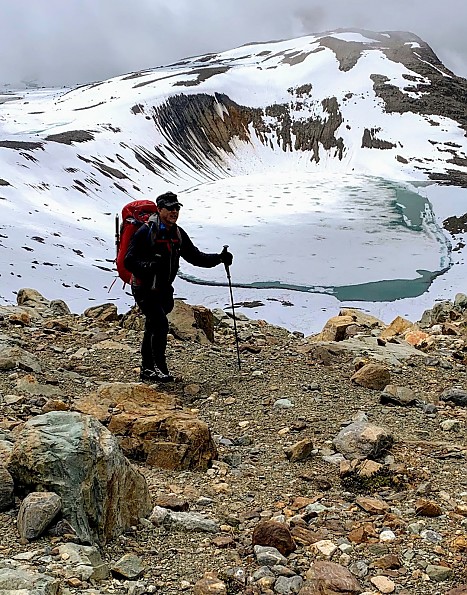 Navigating the trackless moonscape on the upper mtn. by GPS and cairns.

Summit day required technical gear and another 3,000 of elevation gain across a crevassed glacier to the walk-up summit.

On the summit we decided to walk all 22.5 miles back to the trail head because we were both ready to be home.

Walking out 22.5 miles would have been fine in the trail runners we used on our approach but marmots ate them for the salt our sweat had left in them. 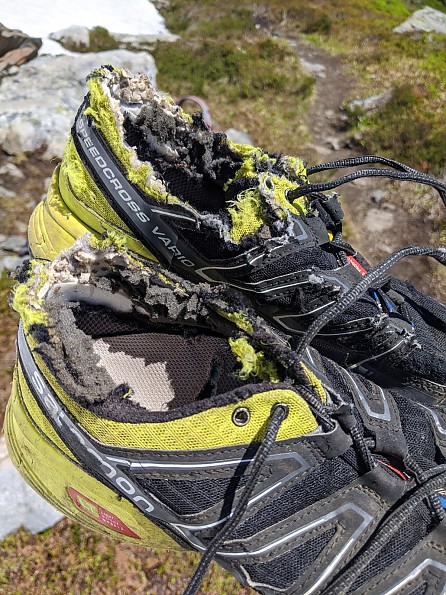 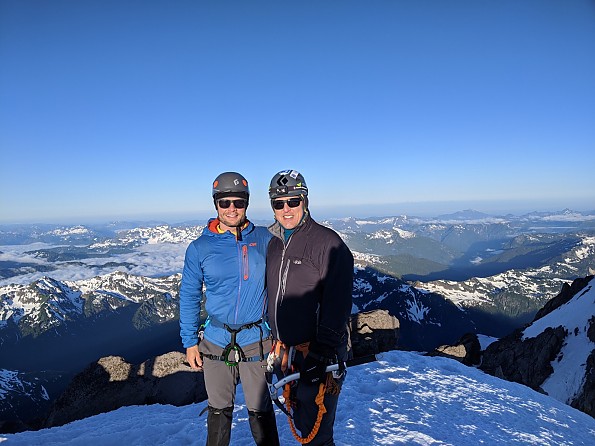 So the walk was in our mountaineering boots, earning me three big blisters for my error. 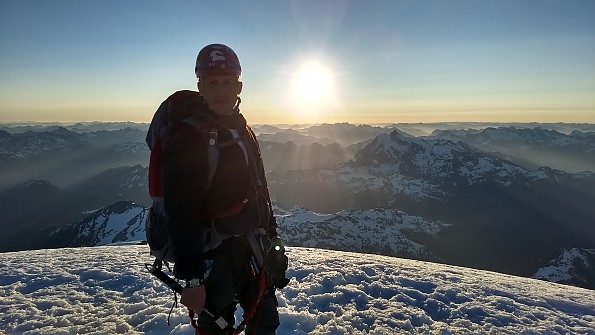 Looks like you had great weather. Actually, most of those trips look pretty good except for Rainier :) Glad you were able to enjoy the summit even if the walk out hurt.

A big CONGRATULATIONS and thanks for taking us along.

I would like to shake your hand.  Almost no one climbs Glacier Peak.  Nice going bagging all of the Quaternary volcanoes.  I have spent a lot of time on Mt Rainier, but never had luck getting to the summit due to weather.

Congratulations, Jeff! That's a great accomplishment. Thanks for sharing some pictures from your trips.

That is both really cool and really awesome (photos and trips).  Congrats.

I'm curious if the summit photos are in order chronologically. If not, what order did you do them in?

Yes thanks for sharing this Jeff!

Good job, and great photos! I summited GP as part of a month-long NOLS course in '75. Fond memories of the mountain and the N Cascades in general. Attempted Rainier and did a little climbing in the Enchantment Lakes Basin and Leavenworth later that summer. Keep up the good fun!

Marmots once attacked a sleeping bag I left out in the morning sun, gnawing holes in the hood and other areas where they detected salt.  Field repaired with duct tape and safety pins; cost $80 in 1978 to permanently repair.  The big guy (one of the largest marmot I ever saw) also gnawed several feet along the edges of my blue foam pad

Kinda odd order I know but I actually got blown off Adams twice before finally tagging it.